Home » TV & Movies » 'The Office': Jenna Fischer Said This Iconic Jim and Pam Moment Was a 'Real Shock' to Fans 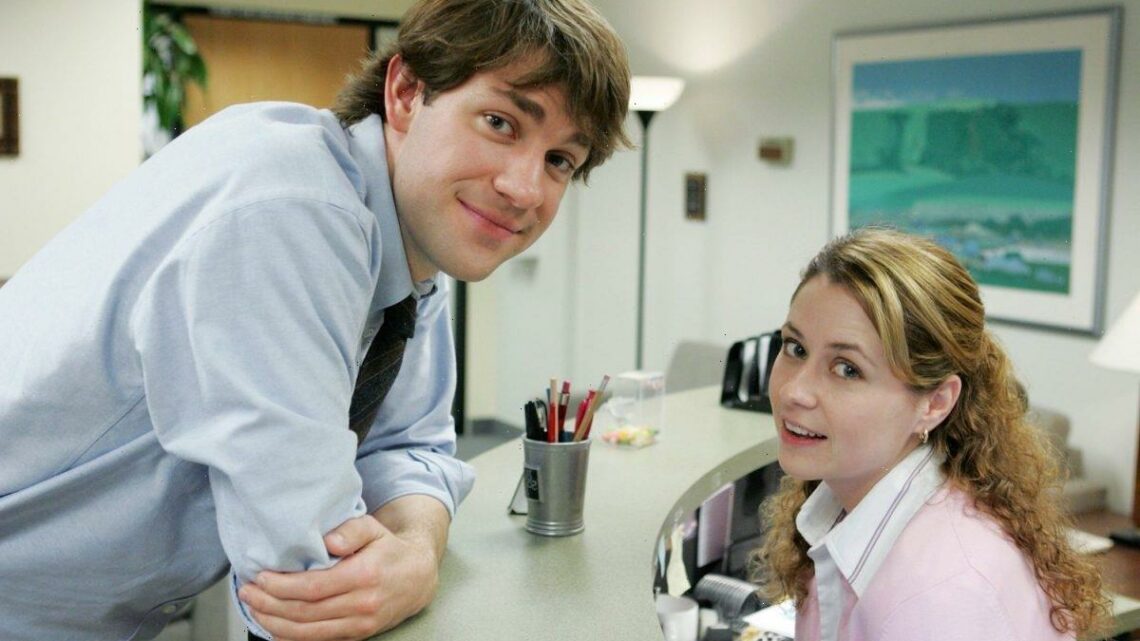 'The Office': Jenna Fischer Said This Iconic Jim and Pam Moment Was a 'Real Shock' to Fans

When Jim popped the question to Pam at a rest stop by a busy highway in The Office Season 5 premiere, the proposal was surprising to a lot of fans. The show’s creator, Greg Daniels, had a very specific vision for the proposal scene, including that element of surprise.

During the May 26 episode of the Office Ladies podcast, hosts Jenna Fischer and Angela Kinsey discussed The Office two-part season 5 premiere, titled “Weight Loss.” The episode revolved around a company weight-loss competition but also had a pivotal Jim and Pam moment.

While Pam is away at art school in New York City, the couple has a hard time connecting and decides to meet in the middle between New York and Scranton for lunch. Fischer explained, “Jim gets down on one knee and he proposes to Pam.”

“She’s totally shocked. They’re at a gas station,” the actor continued. “You know, he was supposed to wait till she got back from art school, but he says he couldn’t wait.”

Kinsey interjected, “She’s completely thrown. You can really tell she had no idea.”

Fischer explained why the proposal was so unexpected — even to the cast. “So first of all, I just want you guys to know that Greg spoke with us about this,” she noted. “He said that he really wanted Jim’s proposal to Pam to be in the season premiere. He thought, number one, that would be unexpected. You usually end seasons with proposals.”

“So he thought this would be a real shock,” she added.

Kinsey confirmed that it surprised the cast at the table read. “Jenna, I even remember at the table read, you know, we had so much going on with this weight loss story and Pam at art school,” she explained. “I didn’t see it coming.”

Not only was the moment unexpected, but the scene was very expensive to shoot.

Daniels, Fischer explained, had the idea that the proposal would be at a gas station between Scranton and New York on a rainy day. “And they based the rest stop on one that Greg Daniels had traveled to as a kid along the Merritt Parkway,” she explained.

The show recreated the location in a parking lot. “They built this in the parking lot of a Best Buy,” Fischer shared. “What they did was they used Google street view to capture images of a real gas station along the Merritt Parkway, and then using those images, they built it to match in this parking lot.”

“It took them about nine days to build it,” she added. “To create the illusion of highway traffic, they built a four lane circular racetrack around the gas station set. They set up cameras on the other side of this raceway and they had cars drive around it at 55 miles an hour.”

Building that set, having precision drivers circle the raceway, creating the rain, and having a special effects company remove the California mountains from the background made the short scene very costly.

“In the end, this was the single most expensive scene ever shot during the entire run of the show,” Fischer said. “It lasts 52 seconds and it cost $250,000.”