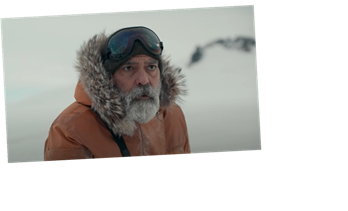 After lending his talents to an outer space setting as an actor in efforts such as Steven Soderbergh’s “Solaris” and Alfonso Cuarón’s Oscar winner “Gravity,” George Clooney is finally ready to tackle outer space from the director’s chair with his upcoming adventure “The Midnight Sky.” The Netflix release is an adaptation of Lily Brooks-Dalton’s novel “Good Morning, Midnight” and features an ensemble cast that includes Clooney, Felicity Jones, Kyle Chandler, David Oyelowo, and Demián Bichir.

“The Midnight Sky” stars Clooney as a cancer-stricken scientist who tries to prevent a group of astronauts from returning to Earth after a global catastrophe wipes out the planet. If the astronauts make it back to Earth, they’ll most likely die. To send a message to the spaceship, the scientist must venture out into the toxic environment to reach an observatory that has enough power to send a communication through the atmosphere.

In an interview with Vanity Fair, Clooney billed “The Midnight Sky” as “Gravity” meets “The Revenant.” The comparison makes sense as not only is “Gravity” star Clooney directing and starring in the film, but “The Revenant’ screenwriter Mark L. Smith adapted the novel for the screen. Netflix already had success with one space project this year, Jason Katmis and Hillary Swank’s family space drama series “Away,” and “The Midnight Sky’s” strong cast and Holiday release should make it an easy win for the streamer.

“The Midnight Sky” is Clooney’s first directorial effort since “Suburbicon” crashed and burned with critics and audiences in 2017 — following a similar misfire with “The Monuments Men” in 2014. It’s been an even longer hiatus for Clooney as an actor, as his last film credits are 2016 efforts “Hail, Caeser!” and “Money Monster.” Clooney told Vanity Fair that having space experience during the making of “Gravity” assisted the production of “The Midnight Sky.”

“One of the things that I learned from working with Alfonso about space is, once you’re in the antigravity kind of world, there is no north and south or east or west, because it doesn’t exist in space. Up isn’t up, and down isn’t down,” Clooney said. “So the camera can be upside down, characters can be upside down, and it’s hard to do, because you’re constantly rotating the camera, and hoping you’re not doing it so much you make everybody sick. Alfonso did it just beautifully.”

“The Midnight Sky” will premiere December 23 on Netflix. following a limited theatrical release. Watch the trailer for the space drama in the video below.

‘This Is Us’: Milo Ventimiglia’s ‘Gilmore Girls’ Boss Amy Sherman-Palladino Has Some Dark Plans If She Were to Write an Episode for Jack
World News