Home » TV & Movies » 'The Masked Singer' Reveals Another Contestant: And the Lips Are… 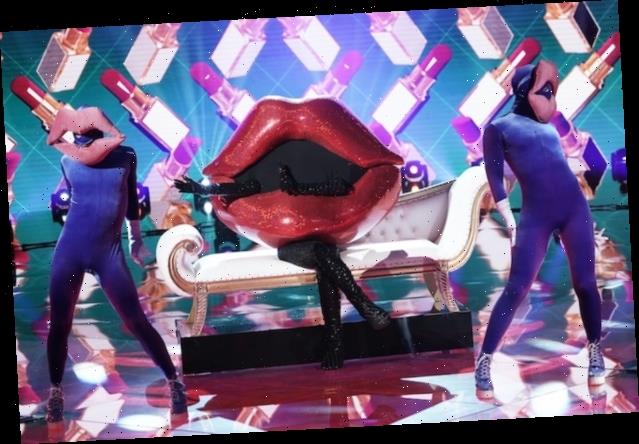 'The Masked Singer' Reveals Another Contestant: And the Lips Are…

(Warning: This post contains spoilers for Wednesday’s “The Masked Singer.”)

And another one bites the dust. The fifth episode of “The Masked Singer” Season 4 aired Wednesday, ending with another celebrity contestant being booted from the competition and having their secret identity revealed in the process.

On tonight’s episode, fans saw the first performances from Group C contestants — Broccoli, Jellyfish, Mushroom, Squiggly Monster and Lips — while both Group A and Group B wait to move on to their respective finals in the coming weeks.

After those five Season 4 contestants performed, it was time for panelists Jenny McCarthy, Nicole Scherzinger, Ken Jeong and Robin Thicke, along with the “Masked Singer” super fans voting from home to pick their favorites to stay and choose the “weakest” competitor for elimination.

They selected Lips, who had performed Odyssey’s “Native New Yorker.” She was voted off and unmasked to reveal daytime talk show host Wendy Williams. McCarthy and Scherzinger both guessed Williams’ identity correctly, while Jeong picked Allison Janey (though his first impression choice was revealed to be Cannon’s ex Mariah Carey) and Thicke decided Lips had to be Sandra Bernhard.

According to Fox, those 16 contestants — but 17 celebrities, because of the Snow Owls — combined “have sold more than 281 million records worldwide, appeared in more than 5,120 episodes of television and 204 films, appeared in five Super Bowls, have four stars on the Hollywood Walk of Fame, one Academy Award nomination, and one of Time Magazine’s 100 Most Influential People.”

Group C will be back to compete in their playoffs round next week. Readers can find out how the format for “The Masked Singer” Season 4 will work over the next few weeks here. And if you want more information on changes implemented due to COVID, you can find that here.

Watch Lip’s unmasking via the clip below and see their performance above.