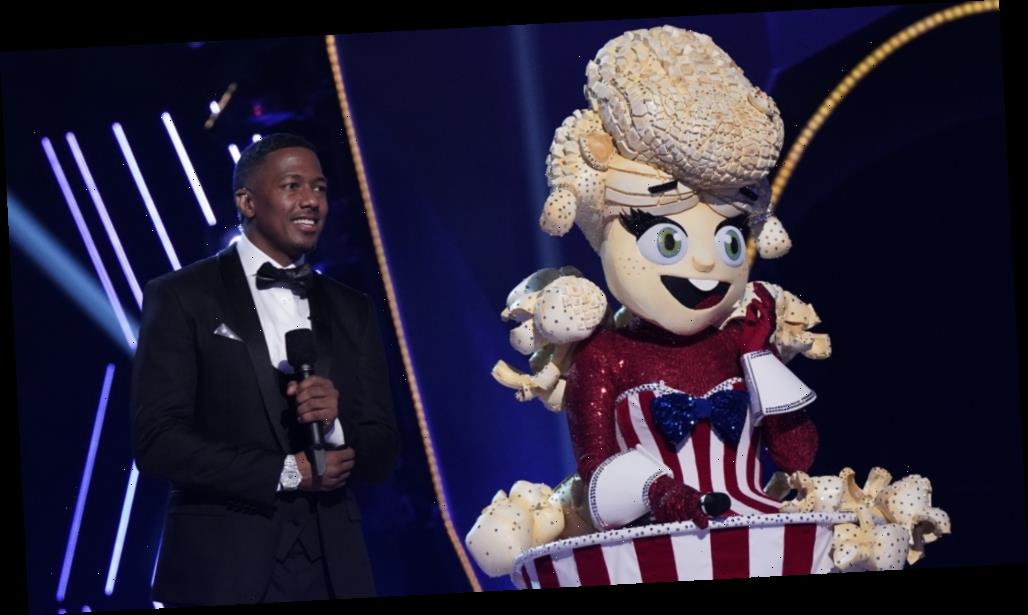 The Fox celebrity singing competition has been a ratings smash for three seasons, attracting an audience looking for family-friendly, escapist TV. That was especially true this past spring, when ratings soared as viewers watched “Masked Singer” as a means to cope with lockdown orders and the reality of the coronavirus pandemic.

That bubble threatened to burst this summer, however, as “Masked Singer” host Nick Cannon made anti-Semitic remarks on his podcast, and at first appeared unapologetic. ViacomCBS cut ties with the star, but Cannon managed to save the “Masked Singer” gig after he eventually apologized and promised to go on a self-reflection tour.

“This is not something that anyone has taken lightly,” said Fox alternative president Rob Wade. “We obviously condemn any form of hate directed toward any community and we’re committed to combating bigotry. And the conversations with Nick were so swift and it was so clear of his remorse. And it felt like this was something that we needed to try and resolve and not create a wedge in between us and him. Because I think it’s a lot easier to hold someone accountable for their actions if we’re still working with them rather than not working with him.”

Insiders said the subject wasn’t discussed on the “The Masked Singer” set. Executive producer Craig Plestis doesn’t think it’s an issue for the show. “He gave his statements and he’s been working on it behind the scenes,” Plestis said. “We’re fully supportive of Nick.”

Even without the Cannon headache, Fox and “The Masked Singer” producers faced a challenge in mounting the show in the COVID-19 pandemic age. But before shooting “Masked,” Plestis and the network managed a stealth shoot of the new reality competition series “I Can See Your Voice,” hosted by “Masked Singer” panelist Ken Jeong. That shoot went off without incident, and Fox, Plestis, Jeong and the rest of the team that work on both shows slid immediately into Season 4 of “The Masked Singer.”

Plestis said the goal was to make the show look and feel as much like any other season as possible. “I think we’re all exhausted being on Zooms every day and so is the average viewer,” he said. “The last thing they want to have is watch a TV show that looks like work. Our mission was to try to make it as familiar as possible and to go back to old school. How do we do that? Through a lot of innovation, through some virtual reality stuff that we’ve been playing with, to make the sets even bigger.”

“It’s not going to feel like a COVID show,” he added. “And I think we really achieved that. It feels like a broadcast network TV show, and not a Zoom call.”

Wade called the challenge to mount the show in COVID-19 times “as difficult as it gets. It’s hard. It’s hard for many, many, many reasons. But they have done a fantastic job. From the day we started lockdown, it’s been a process from how do we get back to filming in a safe way with high production values. It was incredibly challenging, creating music tracks and vocal coaching people remotely — incredibly difficult. And then creating the systems to ensure people are separated and safe when they’re on set, not allowing different areas of the crew to populate areas.”

Here are a few things to look out for as “The Masked Singer” returns for Season 4:

“We’ve been talking about getting into duets for the past couple seasons,” Plestis said. “It’s not a fresh idea that just happened a couple months ago, but we only wanted to do it [if] we had the right two people in that outfit. There were a lot of different celebrities that came across in our journey that just didn’t feel right, until we got these two. And it turned out to be perfect. I’m glad we waited for this experience, because they really are the embodiment of our Snow Owls.”

“Baby Alien lives inside of a spaceship, and the celebrity has to be in this gigantic apparatus to maneuver Baby Alien,” Plestis said. ” Baby Alien is maybe about the size of maybe like Baby Yoda, a small little puppet or Kermit the Frog. Not only does this person have to sing in this puppet, but they have to operate a puppet. The training that this celebrity had to do to operate this was monumental. It will become one of the fan favorites.”

The “Masked Singer” panel has been spread out for safety.

The panel sits at a supersized desk, where they are separated six feet apart. “The way that we shot it, they really feel close together,” Plestis said. “Safety is still number one for us. We did not want to compromise at all. There’s some virtual reality tricks with the sets that we’ve done.”

The audience participated virtually, selected from a database of “The Masked Singer” superfans.

“We’ve been showing the performances to our superfans and letting them vote all across America,” Plestis said. “I watch them when they actually do the voting, and they get to actually communicate with one another like a little private chat room. We’ve been really lucky that the fans are really loyal and showing up and they don’t want to spoil it for anyone.”

The producers relied on panelist Ken Jeong, who’s also a doctor, to put talent at ease that this was a safe set.

[See Variety‘s separate story on Jeong here: With ‘The Masked Singer’ and ‘I Can See Your Voice,’ Ken Jeong May Now Be Reality TV’s Biggest Star.] “We took great pride in the COVID proofing, but for the celebrities,” Plestis said. “We were kind of lucky, a lot of people were in between jobs too. So when they found out that we actually took extra precautions for their safety as well as our crew safety, we had a lot of people that we thought we would never get on our show. Knock on wood, we were really lucky this season to get some incredible talent.”

Panelist Jenny McCarthy Wahlberg said she was “blown away with the precautions that they took. Before I even left Chicago, I was tested twice, and got on a plane, came here, landed, tested. And then tested pretty much every two to three days. I’ve lost track with how many cotton swabs come in front of me. And everyone around me, the same amount of testing. Everybody on set is socially distanced, their masks are on. I’m really quite fascinated with how they were able to pull it off in the safest way.”

Clue packages have been animated this year, and drones will carry clues as well.

“The control room itself is now in different rooms. And yet they’re still managing to function and create a very high quality show,” Wade said. “I think with the creative use of AR technology and the use of things like animation in our packages, drones to carry clues on rather than people, the producers have been incredibly inventive to find ways to keep the entertainment value at its very highest. Yet keep people safe.”

“The Masked Singer” returns on Wednesday night at 8 p.m. ET on Fox, followed by the new series “I Can See Your Voice,” hosted by Jeong.