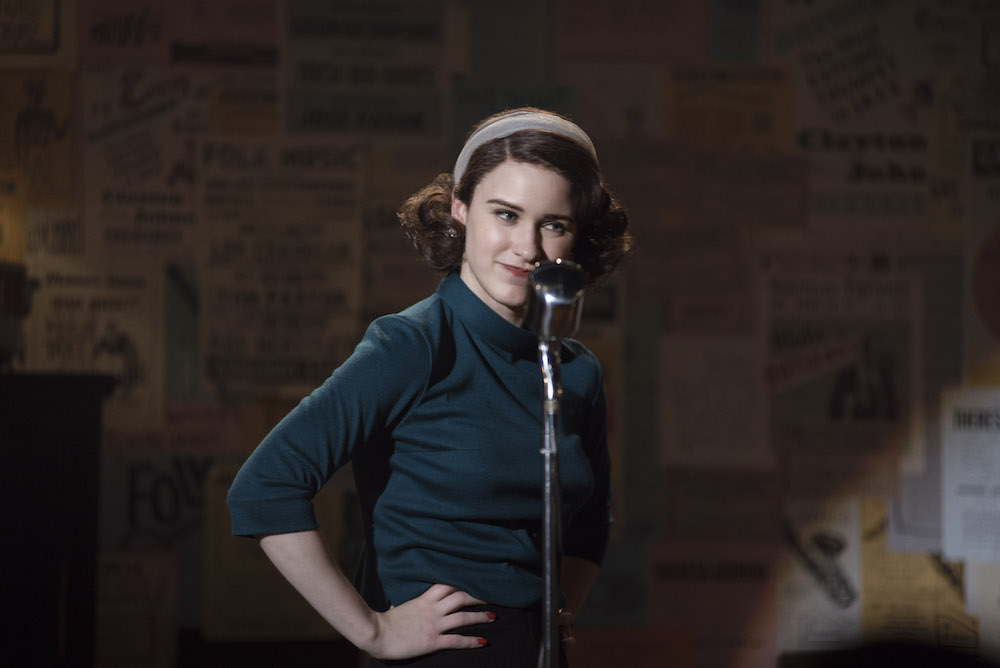 ‘The Marvelous Mrs. Maisel’: Season 2 Ends with a Risky — and Necessary — Reproach

[Editor’s Note: The following article contains spoilers for “The Marvelous Mrs. Maisel” Season 2, including the ending.]

At first, the final scene in “The Marvelous Mrs. Maisel” feels… abrupt. Frustrating. Even shallow. Frightened by a new opportunity that will take her far away from home (farther even, than the Catskills) and still smarting from a rough string of road gigs, Midge (Rachel Brosnahan) runs back to her husband, Joel (Michael Zegen). “I’m going to be all alone for the rest of my life,” she tells him. “And I don’t want to be alone, not tonight. Tonight, just for tonight, I really need to be with someone who loves me.”

Joel, ever-ready to do whatever Amy Sherman-Palladino’s story needs of him, crosses the space between them, they kiss, and a quick cut to the credits wraps Season 2. Now, there’s nothing wrong with wanting to feel loved. There’s nothing socially regressive about a compassionate, ’50s-style booty call, either, but it is a bit of a step back for Midge. And that’s the point.

Season 2 makes very clear, sometimes at the expense of the show around her, that Midge isn’t a perfect character. She’s not a folk hero traveling through time to correct the cultural faux pas of the past. She’s still finding her way out of the learned mindset that having three kids before you’re 30 is a measure of successful womanhood (as she specifically notes as a sacrifice when speaking to Joel). At the end of Season 2, she needs to take a second to accept that she’s already made the choice to lead a different life, where happiness is gauged by different factors, even as she’s teetering on the brink of backsliding.

And that hesitation is where Season 2 can get a bit sticky: It feels like Midge is driven to abandon her dream far too easily. After Midge suffers a few setbacks on her first stand-up tour, culminating with her getting booted from the stage after returning home to New York, she’s fed up with her new profession. “This business sucks. I hate it,” she tells her stalwart manager, Susie (Alex Borstein). “Hey, that’s the game,” Susie says. “You have to keep fighting.” “You keep fighting,” Midge snaps back. “I’m going to get a drink.” 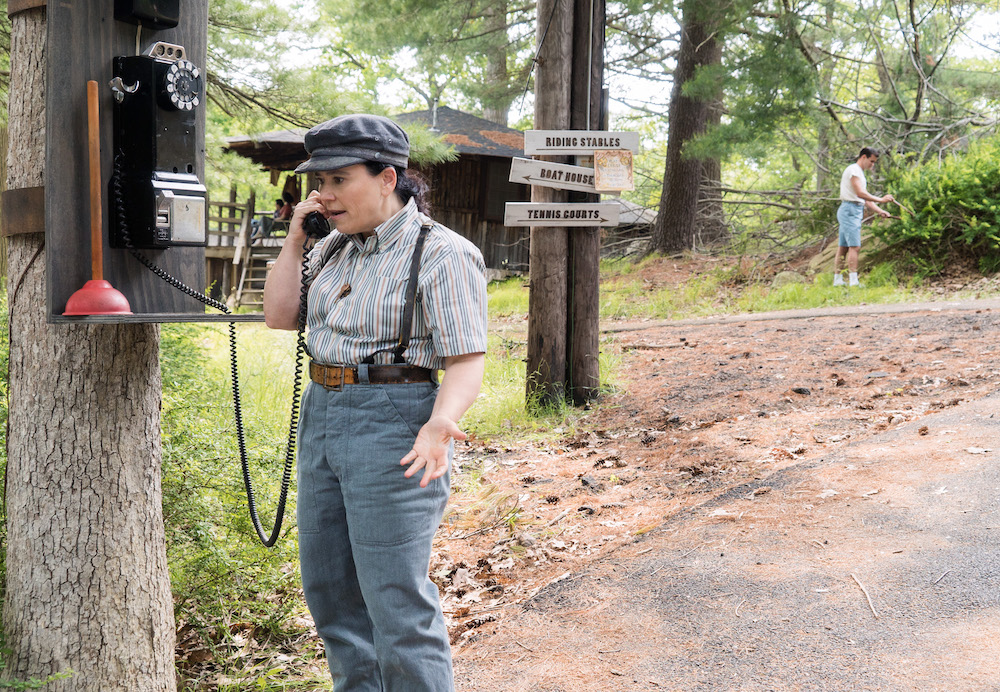 Throughout Season 2, there’s an unacknowledged divide between Midge and Susie: class. Midge is wealthy, unconcerned about money in her pursuit of stardom, while Susie is scratching and crawling to get her client work so she can survive. When Midge plans her vacation to the Catskills, she doesn’t understand that Susie plans on working all summer — who does that? When they prepare to hit the road together, Midge nearly throws out Susie’s stuff because it’s not in a suitcase, because Susie doesn’t own a suitcase. “What do you use for vacation?” Midge asks. “My imagination?” Susie replies.

At times, it can feel like “Maisel” blows past these disputes because the writers don’t care about them. Other times, it feels like they don’t understand what it’s like to be in Susie’s shoes. Still other moments feel like they want to acknowledge them more, if only because they keep bringing them up, but know they can’t. “The Marvelous Mrs. Maisel” is a story about upper-class white folks, and that perspective drives the narrative. The series would be a stronger drama if it found a way to talk about class disparity — along with race and sexuality — but that could be a less- effective comedy. It would probably be less fun, less light on its feet, and quite possibly less enjoyable.

What acknowledgements they do make are from Midge’s perspective: Mainly, that it’s hard for Midge to move on from who she used to be. When the former housewife faces adversity in her less-cushy new life and quickly considers giving up, her lack of fortitude stands out — especially when Susie is right there, with her whatever-it-takes attitude serving as sharp contrast. Instinctively, viewers want Midge to be stronger than she is, and it can be disappointing to see this fast-talking, fast-moving, do-it-all woman regress. In a show as feel-good as “Maisel” often is, it’s odd to suddenly be asked to put down your pom-poms and learn from a flaw instead of an attribute.

After all, Midge doesn’t have to “keep fighting.” All of this is optional for her, and while it’s perfectly fine for the series to recognize that in order to keep the narrative zippy and fun, her stand-up can’t feel like a fleeting interest if the audience is going to remain invested in her quest. They have to believe in her passion for stand-up. They have to believe that path is her avenue to a wider world and, thus, a broader perspective. For those choice moments when it feels like she’s going to throw it all away to marry Benjamin (Zachary Levi) — a walking, talking representation of an ideal husband who’s so perfect (and unexamined) he never actually feels real — it diminishes the weight of the show, or at least the part of the show that’s about Midge waking the hell up. After all, a story about a woman recognizing her privilege through her passion is much more gripping than one about a rich lady trying out a new hobby. 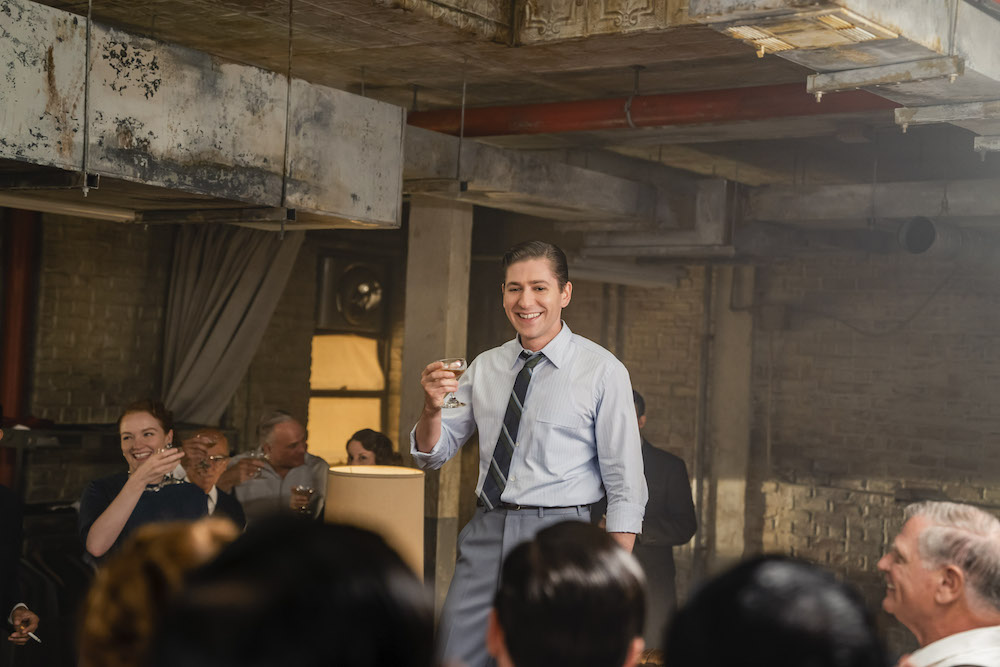 With all that in mind, the ending feels richer (no pun intended). Midge giving up something that matters to her — someone that matters to her (even if he doesn’t matter that much to us) — makes her choice more courageous. She wouldn’t give up on the love of her life for a passing desire to tell jokes, but she would give him up for a calling. Maybe she faltered too easily, but that’s who she is; she’s a person of privilege who’s developing a stronger backbone and a broader perspective.

In a recent interview with IndieWire, Brosnahan said as much herself. “People talk about Midge as a feminist hero, but I’ve felt very conflicted about that because I don’t actually believe that Midge is a feminist. Yet. She still has a lot of learning to do, and that can be challenging as an actor. You want her to be more ahead of her time than she is, and have her eyes open wider than they are. I believe that she can get there, and I believe that she wants to. She’s just naïve and blinded by her own privilege.”

At the beginning of the season, when she tells Joel she wants to make it work with him, she also says she can’t give up on her dream. “Do you want to quit?” Joel asks. “No,” Midge says, knowing that she can’t have him and stand-up. At the end of the season, she still knows this to be true — perhaps more forcefully than before. But she can’t resist one more night with him; with the safety he represents; with the old life she used to live as Mrs. Maisel.

Maybe that’s a personal setback. Maybe it’s not. Will Midge be able to embrace the bumps and bruises that come with a less-cushy lifestyle in Season 3? Will she continue to fall back on Joel as a safety net? Will she be so inspired by life on the road, and by her main act Shy Baldwin (LeRoy McClain), that she continues to forget about the wants and desires of her old self and embraces the new, more well-rounded person she’s becoming?

That’s the hook, and there’s a lot to it — you know, along with all the funny jokes, whip-smart dialogue, and immaculate designs — but one thing’s for certain: We’re far from the shallows now.