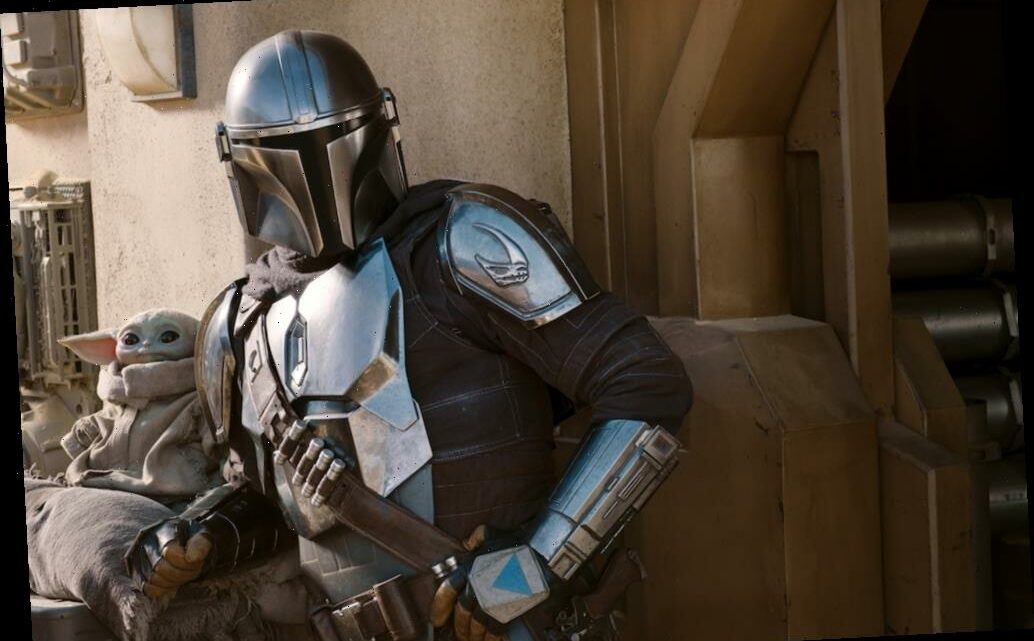 The first season of “The Mandalorian” was an episodic exercise in delayed gratification. After the premiere introduced its cooler-than-cool lead action figure and strategically unveiled his sidekick — aka Baby Yoda, aka The Child, aka the biggest Etsy boon since handmade jewelry — the following seven episodes distracted audiences with visually spectacular loop-the-loops instead of answering the Disney+ series’ most basic question: What will the Mandalorian do with Baby Yoda?

Is he a papa now? Can fatherhood be assimilated into the Mandalorian creed? Does he even realize how cute Baby Yoda is?! (And if not, is it because Baby Yoda often looks more like an immobile plastic doll than a living, breathing, Force-wielding Jedi?)

An answer eventually arrived in the finale — ol’ Mando is tasked with reuniting Baby Yoda with “its own kind” — thus setting up a second season of weekly, galaxy-spanning adventures where an inexpressive suit of armor totes a green blob with giant black eyes from planet to planet, getting in fights, making money, and/or refusing to eat or drink anything in public.

None of this is a criticism, exactly. Episodic storytelling is part of television’s foundation, but Disney’s favorite franchise starter, writer and director Jon Favreau, made a key change to the classic blueprint that helped distinguish “The Mandalorian” from a format now mainly associated with bland broadcast TV (while still playing to his story’s inherited strengths). Favreau swapped out character-driven stories for spectacle-driven ones. With all the money offered by the Disney vault and working with one lead that’s mute and another that literally cannot show his emotions, “The Mandalorian” relies on compelling action, advanced visual effects, and “Star Wars” lore (aka adorable little creatures and badass space stuff) to deliver enough entertainment for subscribers to keep paying their fees for eight weeks.

And can you believe it? The strategy worked! “The Mandalorian” helped make Disney+ such a streaming success, the entire company has been restructured around it — right before the launch of Season 2. This being a Disney property, and Disney being the most efficient corporate machine when it comes to repurposing its successful formulas, “The Mandalorian” Season 2 is very much more of the same. The first episode is all razzle dazzle and cutaways to Baby Yoda’s meme auditions.

A puppet in “The Mandalorian”

But it also marks an even steeper downturn in developing the ongoing plot, while delivering an extra-long episode. Clocking in at 52 minutes, the formerly half-hour series sets a risky precedent when it doesn’t really need to, threatening to disrupt its careful balance between stylish, high-flying adventure stories and watching an empty suit treading water.

Or should it be treading sand? Just look at the basic set-up for the season and how Episode 1, “Chapter 9 – The Marshall” plays into it. Having made his choice to protect the Child in Season 1, the Mandalorian has one new goal for Season 2: Return Baby Yoda to the rest of his species. Kicking off its video game plotting, Episode 1 sees Mando venturing to the Outer Rim in the hopes of accomplishing his task. But he’s not visiting an underground battle royale to ask where he might find more little green teddy bears: He’s asking where he might find more Mandalorians, and then he can ask them where to look for Baby Yoda’s brethren.

This is already one extra step tossed in by the writing team, and the lengthening only continues from there:

“Chapter 9 – The Marshal” follows a similar structure to Season 1 episodes like “Chapter 2” (when Mando barters with Jawas to get back the parts to his ship) and “Chapter 4” (when he helps local villagers fight off raiders attacking their village) — except “Chapter 9” is a) much longer than those episodes, and b) doesn’t serve a greater purpose. The second episode helped cement a bond between Mando and Baby Yoda, so when he decided to rescue The Child in the next episode, it made sense. The fourth episode was meant to give a peek inside Mando’s armor and help explain why he keeps roaming the galaxy instead of settling down with a nice lady on a peaceful planet.

I’m not saying either episode was that convincing — Mando’s personality remains opaque, hidden behind the devotion to his creed as much as the mask he’ll never take off — but these diversions from the primary objective were clearly justified. “Chapter 9’s” diversion is mainly to showcase “Justified” star Timothy Olyphant, which is both a perfectly good reason to write an episode of television — though Olyphant’s cowboy persona is put to better use in this season’s “Fargo” — and a rather galling explanation for bogging down the plot this early.

An actor and Amy Sedaris in “The Mandalorian”

Don’t get me wrong: Hearing Olyphant’s voice behind Boba Fett’s helmet was far more thrilling to this critic than meeting Baby Yoda in last year’s premiere. But it makes you wonder how long “The Mandalorian’s” formula can bear out. Plenty of TV shows slam on the brakes after a successful first season, hoping to keep the money train rolling as long as possible, and lightly serialized programs are far better-suited to spend extra time indulging in side plots than ongoing stories.

Still, the longer “Chapter 9” dragged on, the more weak spots it exposed. We’ve already seen Mando battle giant creatures, so watching him do it in a jetpack added little luster to the fight. All the “Star Wars” tie-ins — from Boba Fett’s armor to the ending tease of Boba Fett’s return (via a glimpse of Temuera Morrison, the New Zealand actor who played Jango Fett in the “Star Wars” prequels) — do little to hold anyone’s attention other than die-hard franchise junkies. What about Moff Gideon (Giancarlo Esposito), the surviving big bad of Season 1? What about the rest of the Mandalorians? What about the mission?

Undoubtedly, these questions will be answered in time, but “The Mandalorian” isn’t as efficient as it used to be. Maybe it’s hooked enough fans already. Maybe seeing an amazing new creature or mysterious new cameo is all anyone needs to keep watching. Maybe the new TV franchise can afford to extend episodes, delay arcs, and spend hours derping around the extended “Star Wars” universe without alienating its audience — Disney certainly knows how to string people along. Given how many franchises have been delayed because of the pandemic, the House of Mouse is probably pretty happy to keep streaming subscribers engaged for an extra 20 minutes per week. But they should be careful. Television thrives on characters, and the longer people spend watching one-note leads piddle around on meaningless tasks, the more likely they are to realize how little they actually feel while watching — and the less likely they are to keep coming back for more.