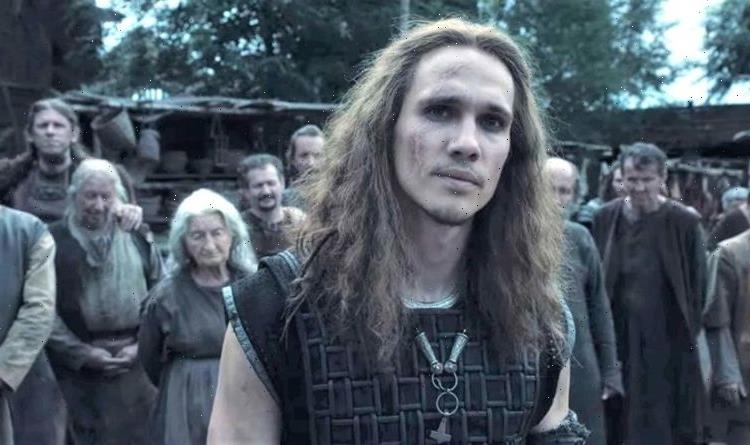 The Last Kingdom season five will be arriving on Netflix in the near future and the series will follow Uhtred of Bebbanburg (played by Alexander Dreymon) for one final outing. In the final episode of season four, Uhtred helped defend Winchester from the warlord Sigtryggr (Eysteinn Sigurðarson). Sigtryggr may see his demise in the historical drama’s last season.

Does Sigtryggr die in The Last Kingdom?

The Last Kingdom fans were disheartened to hear the series, based on The Saxon Stories by Bernard Cornwell, would be coming to an end this season.

Despite the news, viewers are more excited than ever to see Uhtred return and attempt to claim back his homeland of Bebbanburg for the last time.

He managed to talk Sigtryggr out of the Winchester siege and watched as the leader left with his daughter Stiorra (Ruby Hartley).

Sigtryggr became somewhat of a protagonist by the end of the season, and fans are keen to see if this will continue into season five.

As the series is based on Cornwell’s books, the final season is likely to feature the deaths of some major characters.

Although it has not been confirmed whether Sigtryggr will meet his demise in the series, he does die in the source material according to the show’s Fandom page.

He first appears in The Empty Throne, with his last mention in Sword of Kings – the 12th book in the series.

With this in mind, there is a high chance Sigtryggr will follow a similar fate in the final season, which is expected to be more action-packed than ever before.

Fans said his character was a welcome addition to the series, as he added a unique perspective.

They took to Reddit to discuss his role, with one viewer saying: “Sigtryggr is by far one of their most compelling danes yet. I think he will be a force of immense power in season 5.” [Sic]

Another said: “I liked Syggtrygr, and Whitger. They seemed to signal the new generation of villain for the Saxons to adjust to.

“They have been other places and know of different ways to fight. The Saxons will have to adjust to their way of fighting, or think, so they can force them into fighting the way they can win.

“In this aspect, I can see a big changing of the guard theme for S5. I can see the Saxons, and Uhtred, possibly, needing to study these ppl, to learn how to defeat them.” [Sic]

The star is on social media but he has not given too much away about the plot for the last-ever season of the series.

His latest post was from June 2020 and he shared a photo of himself as Sigtryggr in full costume.

He said: “Throwback to the set of season 4 of @thelastkingdom. A dane selfie. Have a lovely day everyone!”

One fan responded, saying: “Please don’t die in season 5 #head_of_the_danes.” Another added: “I hate how the books did you and Stiorra.”

Fans who are yet to read the books have also taken to Reddit to discuss how his character differs in the source material.

One said: “I’m fascinated by him considering he’s not the typical Dane who wants to kill everyone but instead negotiated into gaining territory knowing he had leverage. Anyway what does he do after?”

One fan said: “I’ve not got as far as his story on season 4 yet but in the books if iirc he is a relative of a powerful warlord in Ireland who tries to make a name for himself in Britain.

“He attacks Chester whilst Uthred is based there, loses an eye in the battle but Stiorra falls in love with him and runs back to Ireland with him.

“Before he loses his fight I’m pretty certain Uthred does see him as a genuine warlord and a very good fighter.

“But I could be wrong on some parts as I have not read the books in a while and that is just how I remember it. Happy to be corrected though as a re-read is definitely needed.” [Sic]

Hopefully, Sigtryggr will get some more screentime in the upcoming season.

The Last Kingdom seasons 1-4 are on Netflix now.