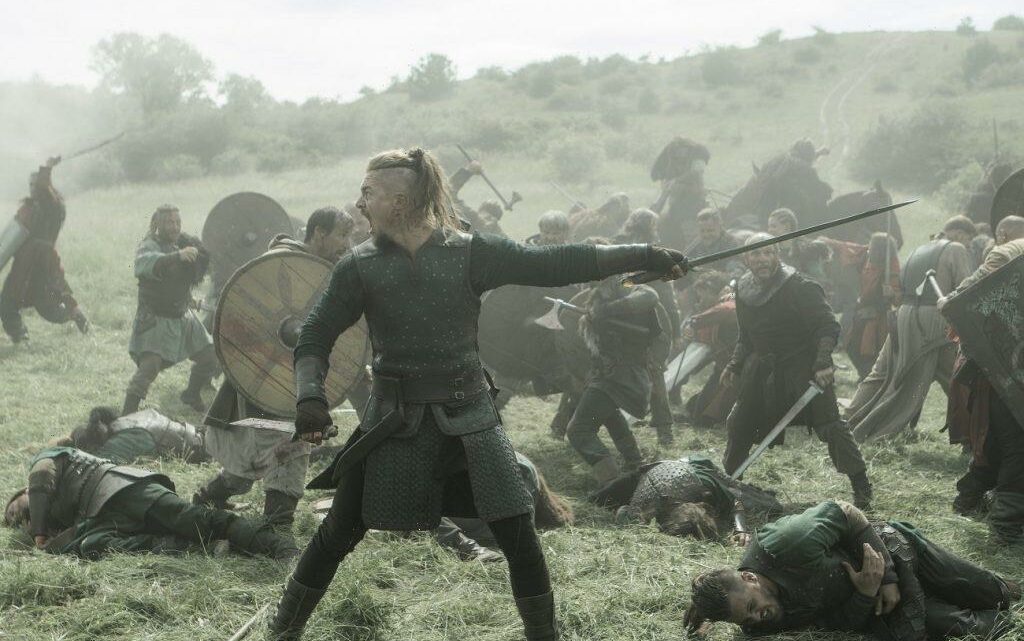 The hit series The Last Kingdom will come to a close with season 5. Filming in Hungary has officially concluded for the upcoming season, which means we’re one step closer to seeing the final season in all its glory.

Fans have recently been treated to a number of the actors sharing content together and on set. Cavan Clerkin, who plays Father Pyrlig, recently shared some behind-the-scenes content from season 4 that fans will want to see.

Father Pyrlig is a priest in the popular series who was once a warrior as well. He is loyal to Wessex, and to both King Alfred (David Dawson) in his time and to Alfred’s son, King Edward (Timothy Innes). He’s a fan favorite character that fans truly appreciate.

Clerkin recently shared some images on Instagram on July 2, 2021, from season 4 that fans will want to see. In the first black and white photo, Clerkin is dressed as Father Pyrlig complete with his usual robes and what looks like a sword is leaning on his head as he lays down in the grass on his side. He smiles for the memorable shot. Some people can be seen in the background as well.

There’s another black and white image of Clerkin as Pyrlig on what looks like a battlefield. Nearby are other characters, including Mark Rowley as Finan, Timothy Innes as King Edward, Finn Elliot as Uhtred’s son, Young Uhtred, and what looks like Ewan Mitchell as Osferth. Rowley, Innes, and Elliot are tagged in the photo.

Finally, we see a black and white video of Clerkin holding a dummy without a head in front of him. He says something in the video without sound, then his hat is gone, and he waves the dummy’s hand and arm. Next, we see Clerkin alongside what could be Millie Brady dressed as her character Aethelflaed. Each of them holds a dummy without a head and moves around while waving with one of their hands. Clerkin eventually puts his hand down before the video cuts off.

Clerkin captioned the post: “#fatherpyrlig #thelastkingdom #season4.” He gives credit to James Northcote, who plays Aldhelm, as the photographer. He also adds, “(No animals or children were harmed 😂).”

Fans have also seen other content from our favorite actors in the show recently. On June 9, Emily Cox, who plays Brida, shared an image on Instagram with Mark Rowley, who plays Finan. In the black and white photo, she tagged Rowley’s account and the official Instagram account for the series.

Both actors have on sunglasses and headphones in the image. Cox wears a zip-up jacket with her hair done as Brida. She makes a popular symbol with one of her hands, sometimes referred to as the rocker symbol. Rowley does the same with one of his hands as well, and he’s wearing armor and a hat on his head. Behind them is a trailer.

Emily captioned the post on Instagram: “Finan and Brida in the house😎… Who can guess what music we‘re listening to?” She tagged Mark again and added a few hashtags: “#thelastkingdom #brida #finan.”

It’s always great seeing content from our favorite actors in The Last Kingdom. We’ll have to see what else is shared before season 5 premieres.

Liability from Florida condo collapse: everyone will 'blame everybody else'
World News