Home » TV & Movies » ‘The Kid Who Would Be King’ Review: ‘Attack the Block’ Director Joe Cornish Returns with a Fun Slice of Revisionist History 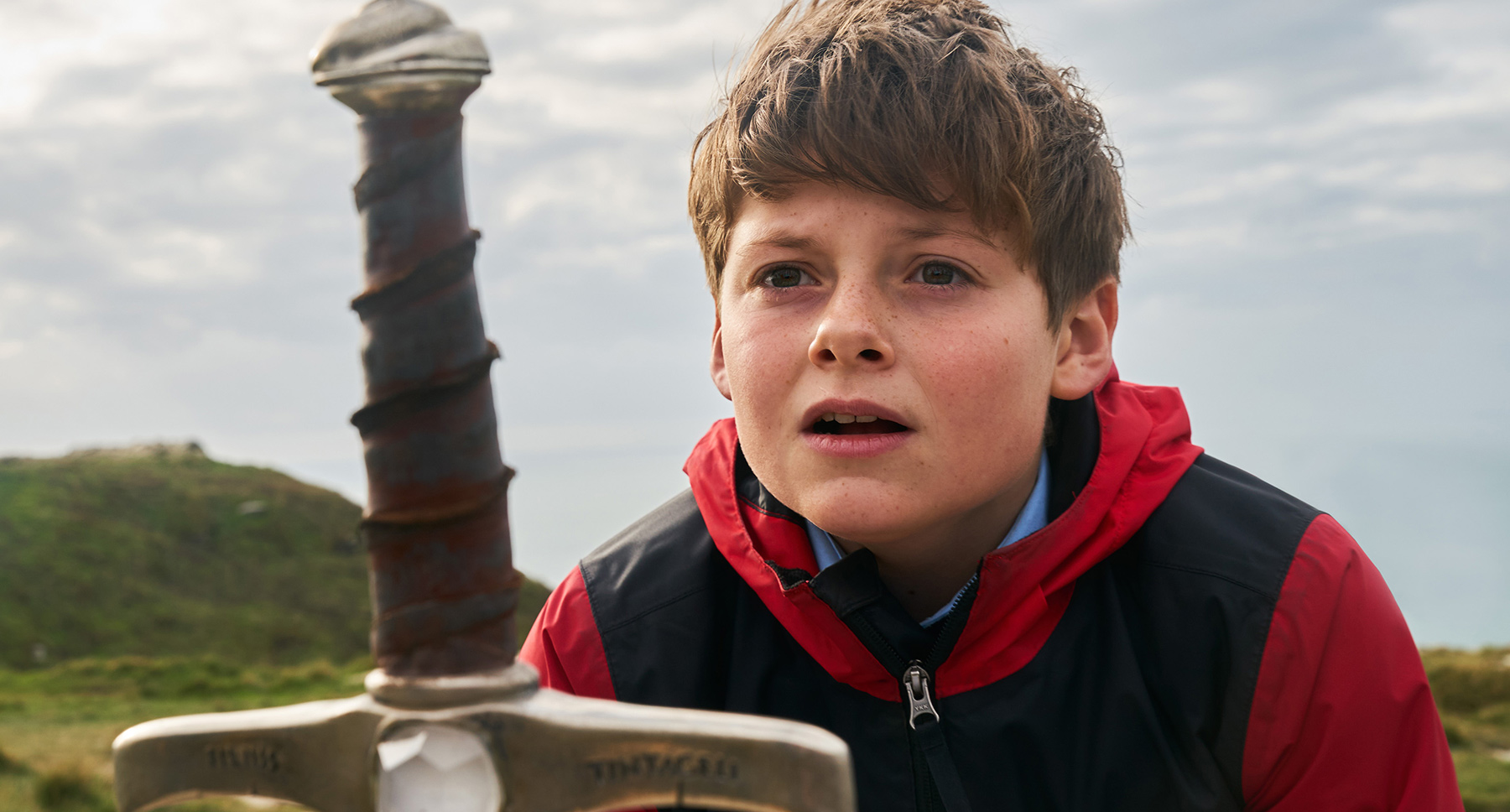 ‘The Kid Who Would Be King’ Review: ‘Attack the Block’ Director Joe Cornish Returns with a Fun Slice of Revisionist History

Joe Cornish’s long-awaited and largely delightful follow-up to “Attack the Block” is a unicorn of a children’s fantasy movie: It’s imaginative, it’s heartfelt, and it never feels like it’s trying to sell you anything more than a measure of hope for the future. Cornish may bite off a bit more than he can chew by trying to reinvent Arthurian legend as an epic, ultra-contemporary adventure for the kids of Brexit-era Britain, but the guy hasn’t been able to direct anything in more than eight years, so it’s hard to fault him for an excess of pent-up ambition (especially not when the least effective parts of his movie involve a crazed Patrick Stewart running around in a Led Zeppelin t-shirt).

“The Kid Who Would Be King” may not be the equal of its influences, but even its awkward second act is sprinkled with a palpable degree of practical magic; even its thinly sketched young heroes are performed with rare charm. And while these backhanded compliments might read like the work of a critic hedging his bets, Cornish’s film is ultimately redeemed by its modesty — by its conviction that saving the world doesn’t (or can’t) require you to solve all of its problems.

That “The Kid Who Would Be King” is so unapologetically of its time should only increase the odds that it will still be watched and remembered some 30 years from now; it feels new enough now to feel old soon enough, and the movie already seems like fertile ground for some kind of future nostalgia. After an animated prologue covers the basics of King Arthur (with a noted emphasis on how the Round Table was designed to make everyone feel equal), Cornish spirits us back to contemporary London, where the kingdom is no longer as united as may once have been. “A Country Divided” reads a local newspaper headline, as television anchors are heard talking about a growing devotion to tyrants and strongmen. In other words, Brexit is immediately more surface than subtext, as the film positions itself as a bulwark against a fearful and unstable world.

And then it introduces us to the 12-year-old boy who might be able to help turn the tide. He’s called Alex Elliot (a stoic and smart Louis Ashbourne Serkis, son of Andy), and he’s getting bullied at his new school. His only friend is the goofy Bedders (a wide-eyed and lovable Dean Chaumoo, giving off serious Julian Dennison vibes), who’s obsessed with epic fantasies like “Game of Thrones” and “Lord of the Rings” and more than ready to star in one of his own. When two older students (Rhianna Doris and Tom Taylor) chase our hero into the abandoned construction site where he finds Excalibur sticking out of a concrete slab — surely a YouTube prank, Alex thinks — Bedders has no trouble accepting the mission that fate has reserved for them. He will be the Samwise Gamgee to Alex’s Frodo Baggins, while those two older kids will tag along as a makeshift Merry and Pippin.

As for a wizard mentor, Alex and his pals will be guided by the greatest of all time: Merlin, himself. Although, for reasons that are never satisfyingly explained, the ancient sorcerer now spends most of his time as a gawky, sneezy teenage boy (Angus Imrie, whose snappy conjuring style and theater-kid aura help establish the film’s baseline kookiness). When he’s not a boy, he’s a frazzled Patrick Stewart or an owl. 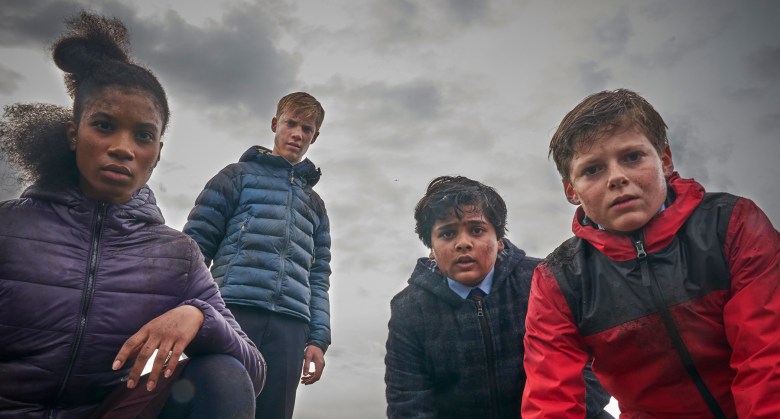 “The Kid Who Would Be King”

Not everything here makes perfect sense, even by its own ancient logic, but the story moves fast enough to hold together on the strength of its centrifugal force; one second the kids are sitting through chemistry class, the next they’re questing to a remote island so that Alex can slay King Arthur’s sister, Morgana (a woefully underwritten but hopefully well-compensated Rebecca Ferguson), before she can escape from the chintzy set where she lives in the Earth’s crust and wreak havoc in the world above. There isn’t much to her beyond the fact that she’s not very nice, sports a head of hair that’s made of tree roots, and commands an army of CGI skeletons (who epitomize the movie’s expert sense of being scary enough to frighten kids, but not scary enough to hurt them), but Cornish is far less interested in the nature of the threat than he is in the need for people to unify against it. Again, the movie is old-fashioned in that way — Sauron was such an abstract evil that he didn’t even have a full body.

Cornish ensures that “Lord of the Rings” parallels are more present than any to those of the more ancient lore, as he shoots the adventure — and the action, in particular — as though the movie were intended to serve as a retroactive gateway drug for Peter Jackson’s beloved trilogy. Helicopter shots make a lovely stroll through the English highlands resemble an epic quest towards Mordor, while a horseback chase through a dense forest feels like a knowing, winking riff on the hobbits’ iconic ride to Rivendell (Alex and his friends mount show ponies they find along the way, a cute visual gag that results from Cornish’s winsome insistence to thread the mundanity of the real world into this magical journey). Best of all is the film’s dramatic climax, which re-stages the Battle at Helm’s Deep at a London high school, as all of Alex’s naturally diverse classmates are persuaded to join forces against a fear that rises from the shadows. It’s a riotously amusing set piece that boasts the same anarchic joy that defined the more hard-nosed “Attack the Block.”

But where Cornish’s first film was buoyed by a star-making performance from John Boyega and enough raw energy to save the human race, “The Kid Who Would Be King” is a bit short on character. Cornish’s film has an unshakeable moral center, but it struggles to transmute its principles into pure emotion, as Alex and his friends never evolve beyond being avatars for the unifying spirit they represent. Still, that might be enough. “Don’t be a hero,” someone tells Alex at the beginning of the film. “It’s not worth it.” Two hours later, that same character is roaring into battle against monsters in their homeroom, fighting to save England from a threat that most of them can’t even see growing out of their own soil. And he’s having a good time doing it. Electric Wave Bureau’s peppy electronic score glazes things over with a galvanizing sense of solidarity, and the imaginatively agile camerawork (brought to you in part by the great cinematographer Bill Pope) makes teamwork seem like a ton of fun.

Cornish’s film might not save the world, but it was never going to. Its ambitions are less grandiose than that, if no less admirable. By liberating a new generation from the lore they were taught — by encouraging them to mine new morals from old stories, and apply them to the dark forces that imperil the day at hand — “The Kid Who Would Be King” empowers its audience to make the world their own. To build off the past, and not just suffer its weight. It’s revisionist history done right.

20th Century Fox will release “The Kid Who Would Be King” in theaters on January 25.