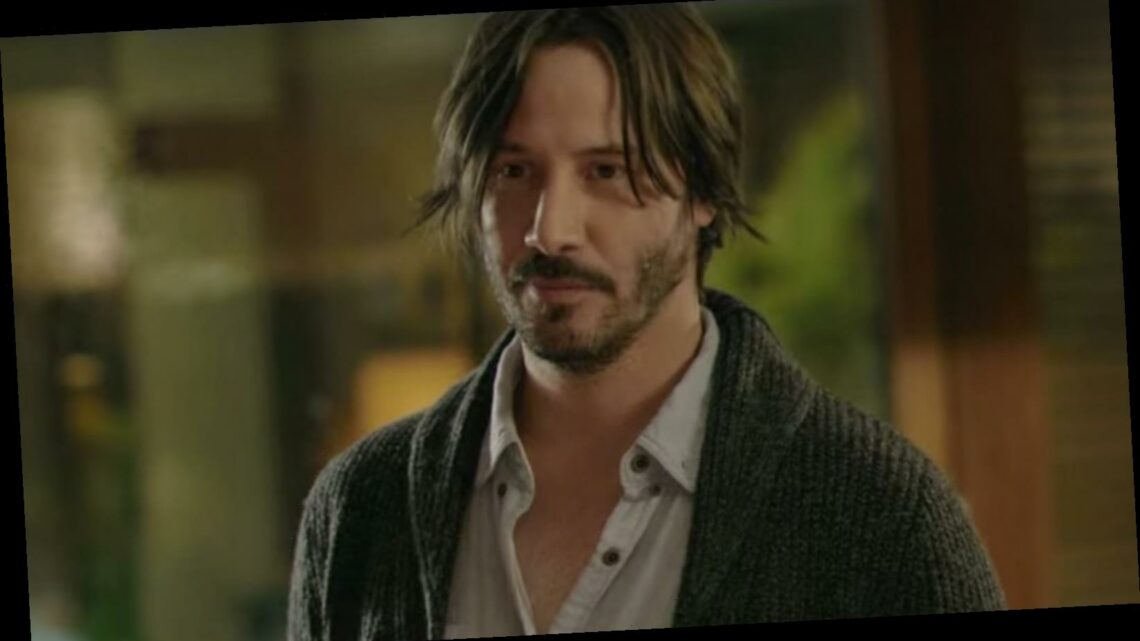 Keanu Reeves has been upgraded from the internet’s boyfriend to the internet’s soul mate. It’s serious. And how can it not be? Time even published an article listing all the adorable things Reeves does that makes us love him. He gave up his seat on the New York subway. He brushed off all those “Sad Keanu” memes as “good, clean fun.” He even waited quietly in line at his own wrap party, and then went to the DJ booth to helpfully announce that he’d found a credit card on the floor, per Page Six.

While we love Reeves as a person, we also love him as an actor. As a matter of fact, one of his past movies has made an unexpected comeback on Netflix. The 2015 thriller Knock Knock, directed by Eli Roth (who wrote and directed the 2005 horror Hostel) features some major names, in addition to Reeves. But why is it enjoying a Renaissance on Netflix some 15 years later?

Knock Knock. Who's there? Some big-name stars

The 2015 thriller Knock Knock is unexpectedly soaring on Netflix, roughly years after its release in 2005. As a matter of fact, it’s sitting in the Top 10 list on the streaming platform as of early November 2020. The film features none other than Keanu Reeves as well as some other actors whose careers have taken off since the horror flick’s debut.

In Knock Knock, Reeves plays a married architect who happens to be home alone on a weekend. He answers a knock at his door and meets two women in need of some assistance. One of those two leading ladies is played by Lorenza Izzo (pictured right), whom you may recognize as Leonardo DiCaprio’s wife in the Oscar-winning film Once Upon a Time in Hollywood. The other woman is none other than Ana de Armas (pictured left), the star of Knives Out and the the next Bond girl in No Time to Die.

We Finally Got a Look at the New Gossip Girl Cast, and Blair Waldorf Would Surely Approve

Donald Trump will be having ‘meltdowns upon meltdowns’ as he seeks revenge in his final days as president, niece claims
World News