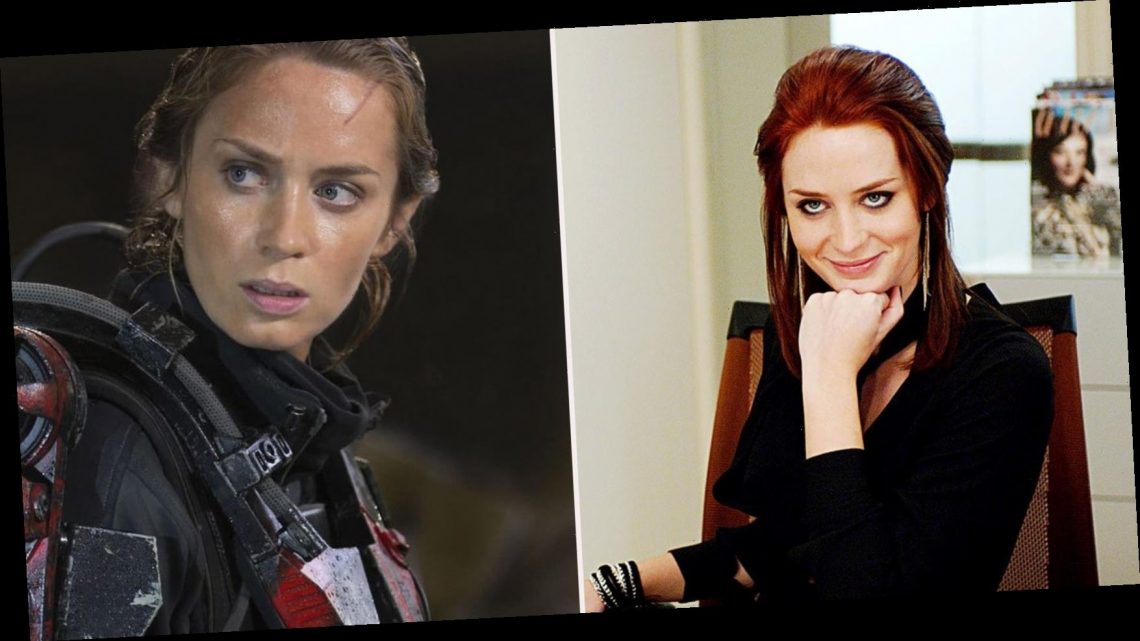 The Highest Grossing Emily Blunt Movies Of All Time

As one of the most talented and popular actresses working in Hollywood today, Emily Blunt is always busy and is always able to land incredible roles in some of the best movies of the year.

Blunt has a fantastic wit and charm which makes her ideal in comedic roles, but she has also proven herself to be a tremendous drama actress throughout her career as well.

While she has been involved in a few poor movies, for the most part, Blunt’s films do perform very well at the box office, as this list will highlight as we rank the 10 highest-grossing films of her career.

We kickstart this list with the movie, The Wolfman, which was released back in 2010 and grossed $139 million at the worldwide box office, which might be enough to make this list, but didn’t stop the film from being a box office bomb.

While it might seem like a solid amount of money for a movie to gross, the fact that the budget of the film was $150 million meant that the film had actually failed to be a financial success.

In the end, The Wolfman went down in history as one of Hollywood’s biggest-ever box office bombs, and it received plenty of negative reviews to go alongside that.

While The Huntsman: Winter’s War also received fairly mixed reviews from fans and critics, at least this was a financial success with the movie-making $171.1 million at the box office against a budget of $115 million.

The film served as a prequel and sequel to Snow White and the Huntsman, with the plot taking place both before and after the events of the first movie, which did make it a little confusing at times.

RELATED: 10 Most Expensive Disney VHS Ever Sold On eBay

Emily Blunt was one of the new characters introduced for this movie, playing Queen Freya, the Snow Queen who learns about her powers for the first time within this movie itself.

Next up on the list is the movie, Looper, which grossed $198.9 million at the box office, and unlike the previous two entries, it was highly praised by both fans and critics, becoming a tremendous success.

Emily Blunt starred alongside Joseph Gordon-Levitt and Bruce Willis in the lead roles of the science fiction film that was based around contract killers called ‘loopers’ who were hired to terminate victims.

The use of time travel is heavy throughout the film which has a great mix of action and storytelling, making it one that any sci-fi fan should check out.

When animated movies are done well, they are a recipe for printing cash as so many families go to see them, and that was certainly the case with Gnomeo & Juliet, which grossed $219.4 million at the box office.

Emily Blunt provides the voice for Juliet in this movie, working alongside James Mcavoy who voiced Gnomeo in what is a very entertaining family movie.

The movie was actually financed by Disney, which is why the quality of animation is so high, and while it does touch on the classic Shakespeare play, it doesn’t follow the story strictly.

Emily Blunt isn’t just a fantastic actress, but she is a great singer as well, which is why she has starred in several musical movies during her career, with Into The Woods being one of them, which grossed $234 million worldwide.

This brilliant movie sees Blunt star alongside fellow Brit, James Corden where the pair wish for a child, but after a curse is put upon them by a witch (Meryl Streep), they must find four items for her potion in order to lift it.

This leads them on a fantasy journey, searching for the items as they encounter various popular storybook characters such as Rapunzel and Red Riding Hood.

Gulliver’s Travels might not have been a critical success, with the film being heavily criticized with negative reviews, but it did still manage to gross $269.9 million at the box office.

This made it become one of Emily Blunt’s most financially successful movies as she starred alongside Jack Black and Jason Segel in what is a family adventure movie.

Blunt plays Princess Mary in the movie, who is the daughter of King Theodore and ends up being saved by Gulliver himself after an attempted kidnapping partway through the film.

A Quiet Place is a thrilling horror movie that is set in a post-apocalyptic America where blind extraterrestrial creatures roam the lands with an incredible sense of hearing, which means the characters have to be silent for vast portions of the film.

The fact that a movie that doesn’t have too much talking managed to gross $332.6 million at the worldwide box office is a testament to how good this film is, with A Quiet Place being unbelievably gripping and tense.

Emily Blunt got to work alongside her husband, John Krasinski, in this movie, who not only stars as her husband on-screen but also worked as the director of the movie as well.

One of Emily Blunt’s newest roles which also happens to be one of her most successful saw her take on the classic character of Mary Poppins in the long-awaited sequel of the original and much beloved Disney classic.

Mary Poppins Returns grossed just over $349 million at the worldwide box office, proving that there was still a major audience for that character, and Emily Blunt brought a brand new twist to her.

RELATED: 10 Of The Highest-Grossing Movie Soundtracks Ever

There is no doubt there was tons of pressure on her shoulders as the original performance by Julie Andrews is so historic, but Blunt was incredible in this role in what is a fantastic movie.

Another of Emily Blunt’s most successful roles is Edge Of Tomorrow, which grossed $406.8 million at the worldwide box office, with Blunt starring alongside Tom Cruise in this film.

The science-fiction movie takes place in the future where Europe ends up being invaded by an alien race, which leads Cruise’s character, a public relations officer, to team up with Blunt’s character, who is a special forces warrior.

Despite the fact Cruise is normally the big action star, it was a nice twist to actually have Blunt portray the character who is the skilled fighter as she tries to improve Cruise’s fighting skills.

When it comes to Emily Blunt’s highest-grossing role, the movie, The Devil Wears Prada takes the top spot, having grossed just over $445 million at the box office, becoming a cult classic in the process.

This comedy-drama is based upon a 2003 novel of the same name and sees Blunt star alongside the likes of Anne Hathaway and Meryl Streep, in what is a movie based around the character Andy, who works as Miranda Priestly’s assistant.

Blunt portrays a character called Emily, who is Miranda’s senior assistant and doesn’t particularly get along with Andy, which creates some of the funniest moments in the movie.

NEXT: The 10 Highest-Grossing Seth Rogen Movies Of All Time