Home » The Handmaid’s Tale season 4: Serena to have her baby taken away after showrunner clue? 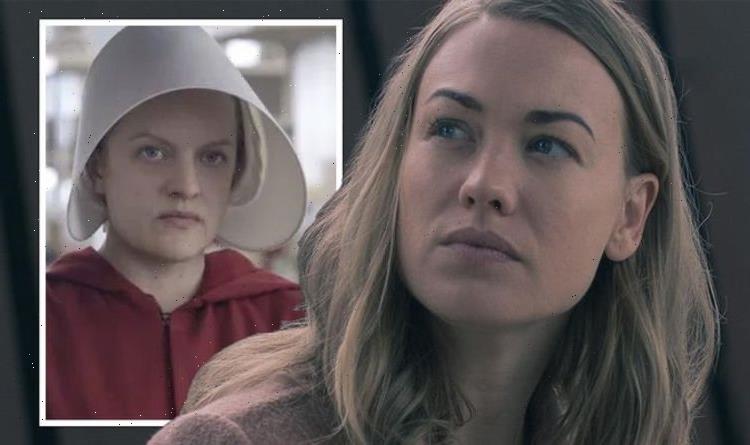 The Handmaid’s Tale season 4: Serena to have her baby taken away after showrunner clue?

The Handmaid’s Tale returned to screens earlier this week and viewers saw Fred (played by Joseph Fiennes) and Serena (Yvonne Strahovski) awaiting their legal fate while learning that a plane full of children had escaped Gilead and they now had one of their own on the way. In a recent interview, showrunner Bruce Miller detailed some of season four’s plot developments, including Serena’s surprise pregnancy.

The first three episodes of season four of the dystopian drama series, The Handmaid’s Tale, returned to streaming platform Hulu on 27 April, 2021.

The new season began with handmaid June’s (Elisabeth Moss) mission to get herself and her co-conspirators to safety, especially as word of her success in liberating dozens of Marthas and children from Gilead was spreading.

Fred and Serena awaited their own legal fate while learning that a plane full of children got out of Gilead. 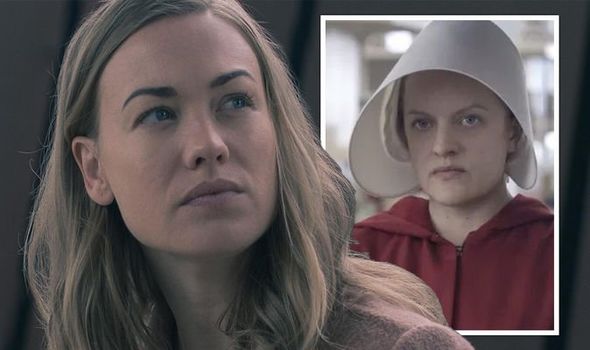 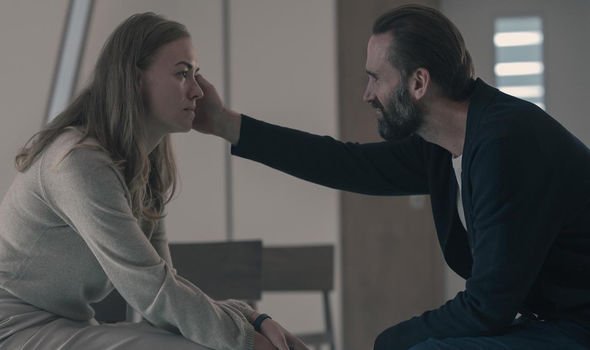 The couple also discovered the shocking news they now had a baby of their own on the way.

Bruce opened up about the new storylines on the drama series in a recent interview.

Speaking about Serena’s dramatic pregnancy plot twist, he said: “We always had discussions about whether Serena was fertile because the fertility crisis really focused so much on men, and also, the more research we did on how infertility work, generally it’s a continuum, not an on-off switch, in most men.

“And the stuff they’re doing in Gilead with the environment and the water is all geared towards increasing male motility.

“So, there’s always been an idea of, ‘What happens if you give characters what they want more than anything?’ and when you start out a show like this, that’s the first conversation we had,” he explained to Variety. 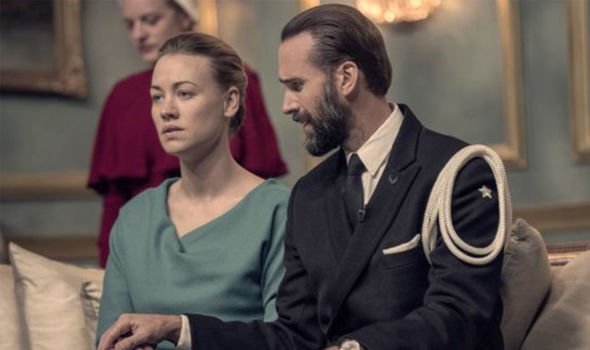 Bruce theorised Serena wanted “a baby” more than anything else and conversations were held in the writers’ room about the outcome should they decide this is what was to happen for the character.

However, the showrunner went onto say how giving Serena a baby would be the “worst-case scenario” for those watching at home because they would realise “Gilead works” when the character had her baby taken away from her.

But does Serena deserve to have a child? Bruce doesn’t think the character “deserves to be happy” but was open to the idea of having a baby and it being snatched from her.

Hearing the showrunner hint at the possibility of Serena having her child taken away from her, fans quickly took to Reddit to discuss their theories about the trajectory of her storyline.

One fan wrote: “I suppose this makes me a somewhat vengeful person, but I can’t help feeling gleeful at the thought of Serena having her baby taken away. She deserves that and so much more!”

Another agreed, adding: “I feel the same way. Serena is a monster and needs to be held accountable. I don’t want her to keep the child for that reason, but also, no child in the world deserves to be born into the world she and Fred helped to create.

“No child deserves such a monster as a mother. I don’t think that she would be able to control her vile and evil behaviour when the child isn‘t the way she wants it to be,” the fan concluded.

As well as sharing theories about Serena’s baby, many Reddit users revealed what they thought could happen to her further in the future.

One viewer wrote: “Based on this, it sounds like Serena will definitely have her baby taken from her. So either she goes to prison, is extradited back to Gilead and executed, or becomes a handmaid.

“Yvonne has been very quiet on social media and has posted a lot of the promos late. And she has been featured a lot less prominently in promos.

“So there is a chance Serena dies or goes to prison. I think Fred will be extradited back to Gilead and hanged in the finale,” they added.

Will Serena’s baby be taken away from her? And what other consequences will she and Fred face? Viewers will have to tune in to upcoming episodes to find out their fate.

The Handmaid’s Tale streams new episodes on Wednesdays on Hulu.