Home » TV & Movies » The Handmaid's Tale Season 4: June Is on the Run (Again!) in New Trailer — Find Out When It Premieres 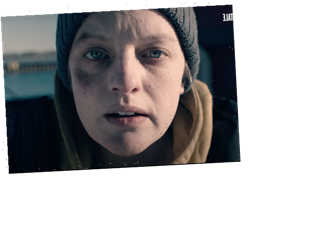 The Handmaid's Tale Season 4: June Is on the Run (Again!) in New Trailer — Find Out When It Premieres

The Handmaid’s Tale‘s June just has to hold on until April.

That’s when Hulu’s dystopian drama, which ended Season 3 with Elisabeth Moss’ character bleeding copiously, will be back for Season 4. (Wednesday, April 28, to be exact.) The return date was announced in conjunction with the show’s panel at the Television Critics Association winter press tour.

As hinted at by Moss in a TVLine interview earlier this year and made abundantly clear in the new teaser trailer below, June definitely will not succumb to the wounds she sustained while successfully staging an airlift of children out of Gilead. But what will become of the misogynistic state’s most unruly handmaid?

“It’s funny, because sometimes people will say to me, like, ‘How is she still alive? She’s committed the worst atrocities out of any of the handmaids, and yet somehow, she’s survived,’” Moss told TVLine in July, chuckling. “And my answer is usually, ‘Yeah, because… I’m the lead of the show. They’re not going to not have me in the show. So that’s why I keep surviving.’”

A Radio Free America broadcast serves as the backdrop for the trailer below, which seems to depict June’s life amid the rebellion. There’s quite a bit of footage of her not wearing her red robes — dare we hope that she’s actually going to get out this time?! — as well as shots of Commander Lawrence, the Waterfords, Nick and Aunt Lydia… who commands someone to “Find her, and bring her to me.”

In other blessed-be-the-fruit news: Haunting of Hill House alum Mckenna Grace will recur in Season 4 as Mrs. Keyes, the teenage wife of a much older Commander. She is described as “a sharply intelligent” spouse who “rules her farm and household with confidence. She has a rebellious, subversive streak, and is calm and pious on the outside with turmoil, even insanity, on the inside.”

Press PLAY on the video below, then hit the comments with your predictions for Season 4!