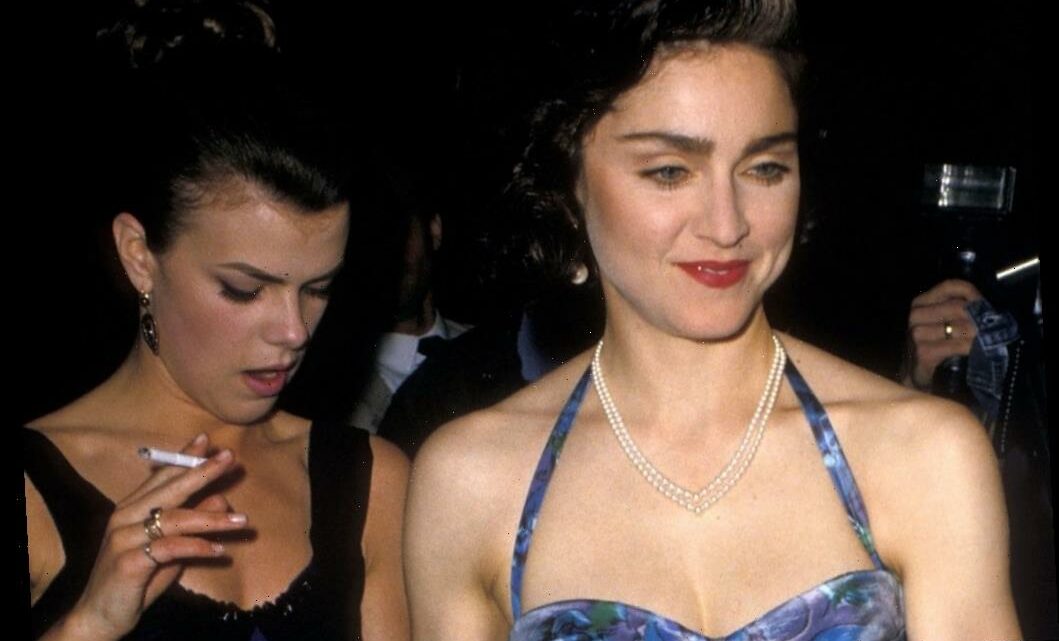 If you loved Goodfellas (1990), you likely took comfort in the casting of The Sopranos (1999-2007). In the classic HBO series, fans found one actor after another who’d had significant roles in Martin Scorsese’s acclaimed gangster picture.

That list includes Frank Vincent, the former comedy partner of Joe Pesci who played Billy “Go Get Your Shine Box” Batts in Goodfellas. In The Sopranos, Vincent had another meaty role (as the dyspeptic Phil Leotardo). And of course no one can forget the breakout performance of Michael Imperioli (Christopher Moltisanti) as Spider in Goodfellas.

But the most versatile member of the Goodfellas-to-Sopranos pipeline had to be Lorraine Bracco, who received an Oscar nomination as Karen Hill before playing psychiatrist Dr. Jennifer Melfi. According to a 2010 oral history of Goodfellas, Bracco had competition from Madonna for the Karen Hill part.

Back when Scorsese and producers were looking for Goodfellas leads, Madonna was at the peak of her career as a recording artist. After selling some 25 million copies of True Blue (1986), she’d followed with Like a Prayer (1989), which topped 10 million sales in the U.S. alone.

By then, she’d also built up a solid résumé as a screen performer. Following her strong turn in Desperately Seeking Susan (1985), Madonna appeared in the musical Bloodhounds of Broadway (1987) and the blockbuster Dick Tracy (1990).

As Goodfellas producer Barbara De Fina told GQ in a 2010 oral history, Madonna was “in the mix” for the role of Karen Hill. In fact, it prompted De Fina and Scorsese to check out Madonna in David Mamet’s Speed-the-Plow on Broadway in 1988.

“Marty said hello to her afterwards. There was definitely somebody somewhere wanting to cast her,” De Fina said. “Can you imagine? Tom Cruise [up for Henry Hill] and Madonna? But Marty can get a performance out of almost anybody.”

With a plum role in the new, acclaimed Mamet play, Madonna had a great chance to impress Scorsese and De Fina. Apparently, that didn’t happen. Looking back at her reviews in Speed-the-Plow, Madonna didn’t win over most critics with her performance.

“Being vacant on the stage requires more effort than it does in real life,” a New York Daily News reviewer wrote. Many echoed the harsh criticisms of Madonna in her Broadway debut. But Frank Rich wrote a glowing review of her performance in the New York Times.

“[She and Scorsese and Liotta] had a drink and we talked about the script and the book and blah blah blah and that was that,” Bracco told GQ. Bracco had been in the running for a part in After Hours (1985), and Scorsese told her he’d find something for her one day. His prediction came true just a few years later, launching Bracco’s career.

I Hate Suzie season 2 release date: Will there be another series of I Hate Suzie?
World News