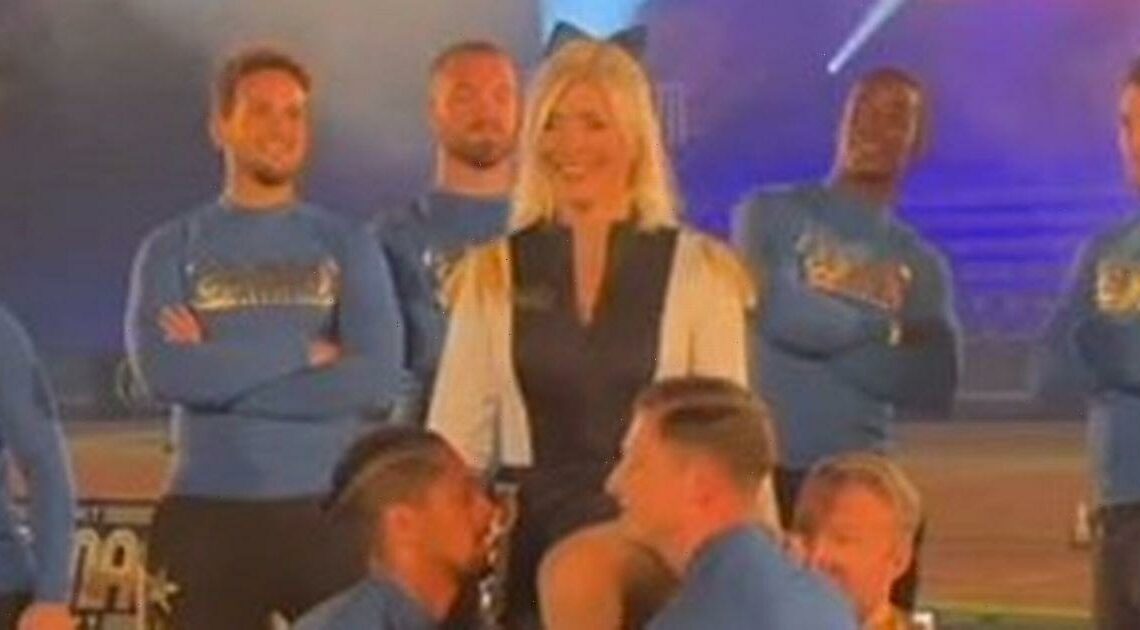 The new series sees 12 super-fit celebs compete in sporting challenges, including in an athletics arena, swimming pool, gymnasium and velodrome.

At the start of the episode, it saw Holly and co-host Freddie Flintoff join in a group routine complete with a marching band to celebrate the first episode.

In one moment, Holly was seen being lifted up as the next scene saw what appeared to be the presenter doing a series of impressive acrobatic moves.

Taking to Twitter, one person said: "Did Holly really just do that jump?! #TheGames."

A different account put: "Yes! Getting cheerleading on the map!"

While another follower added: "And she’s live! @hollywills doing what she does best tonight on #TheGames."

However, some eagle-eyed viewers were quick to point out that it wasn't Holly doing the impressive moves and it was instead a stunt double.

One person tweeted: "That was not Holly’s acrobatics! #TheGames," followed with a crying laughing emoji.

While a different account joked: "Yes, Holly. That little bit of acrobatics was really convincing #TheGames."

Holly also took to Instagram to share a snap of the moment as she captioned the photo with: "Morning… going to miss my @thismorning family this week however I’ve had a change of career and become a Cheerleader… it was only a matter of time … @thegamestv @unity_allstars #thegames."

During The Games, six male and six female contestants will compete in the athletics arena, the swimming pool, gymnasium and velodrome with the hope of racking up points on the medals table and eventually being crowned Champion of The Games.

The Games continues this week at 9pm on ITV.

For all your updates on The Games, sign up to our daily OK! newsletter.