Home » TV & Movies » ‘The Flight Attendant’: Everything to Remember from Season 1 of HBO Max Mystery

‘The Flight Attendant’: Everything to Remember from Season 1 of HBO Max Mystery

It’s been over a year since audiences last saw Cassie Bowden (Emmy-nominated Kaley Cuoco), a flight attendant drawn into the world a world of murder and intrigue after waking up next to a dead man.

Based on the novel by Chris Bohjalian, “The Flight Attendant” wasn’t just a story about Cassie’s attempt to clear her name; she is the last person to have spent time with murder victim, Alex Sokolva (Michiel Huisman). It’s also a stark examination of addiction, as part of the reason Cassie is implicated in Alex’s murder has to do with her inability to remember anything that happened.

“The Flight Attendant” was one of the first original series created for HBO Max and its success translated into nine Primetime Emmy Awards, including nominations in Best Lead and Supporting Actress for Kaley Cuoco and Rosie Perez, respectively.

The series would win an Emmy for its Saul Bass-inspired opening theme music. Those Hitchcock influences are intentional according to an IndieWire interview with production designer Sarah K. White last year. “The show delights in wipe transitions a-go-go across the globe, a score that seems closer in its propulsively playful style to a Bernard Hermann than it does to a Bear McCreary, to say nothing of the show’s Saul Bass-inspired opening credits.”

Cassandra Bowden is a flight attendant for a posh international airline. On a flight she meets Alex Sokolov. The two go home together and have a heartfelt, though drunken, romantic evening together. But when Cassie wakes up it’s to discover that someone has slit Alex’s throat in the night. Understanding that she was the last one seen with him, Cassie cleans up the scene and leaves.

Traumatized from the event, Cassie starts to dissociate and throughout the season will talk over events, both from her present and her past, with a dead Alex. She uses these opportunities to not just try to figure out who Alex’s killer is, but to examine her history of alcoholism which the audience learns was fueled at a young age by her father. When her father dies in a car accident, Cassie believes it was her fault and has been drinking to quell her guilt ever since.

As Cassie starts to enmesh herself in clearing her name, she embeds herself in Alex’s world where she uncovers that the Sokolov’s were involved in numerous shady businesses including selling nuclear weapons. Cassie starts to attract attention, both from the FBI as well as associates of Alex’s family, putting herself, her best friend Ani (Zosia Mamet) and Ani’s boyfriend, Max (Deniz Akdeniz) in danger. 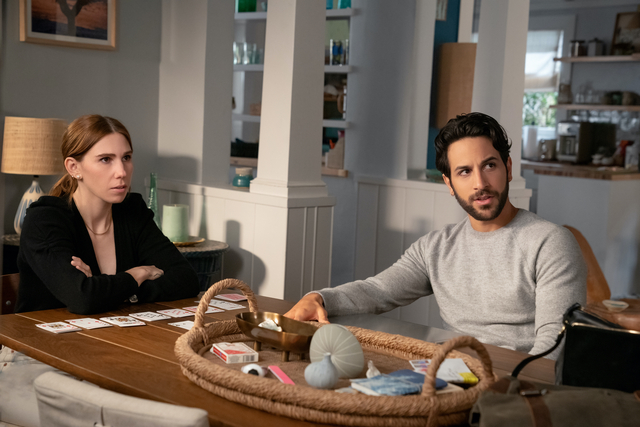 Alongside a shadowy operative named Miranda (Michelle Gomez), Cassie soon discovers that Alex stole money from his corrupt family and had been hiding the codes in a copy of Dostoevsky’s “Crime and Punishment” that has ended up in Cassie’s possession. An assassin hired by the Sokolov corporation killed Alex to get the codes, only to set his eye on Cassie because she had the book.

All’s well that seemingly ends well, with Cassie reuniting with her friends and brother, feeling absolved of her past and looking to start a new chapter. But with the reveal that Cassie’s friend Shane (Griffin Matthews) is a CIA operative, it’s alluded to that Cassie might have a new job on her hands.

2. What Happened With Megan?

Cassie’s fellow flight attendant, Megan (Rosie Perez) also had her own conspiracy to untangle. Megan was involved in Season 1 in corporate espionage that involves hacking her husband, a pilot’s, computer. We eventually learn Megan has been stealing technology and selling it to the North Korean government. Shane, as a member of the CIA, had been working at the airline to catch Megan.

At the end of the season Megan has gone on the lam and it’s unclear what that means for her and Cassie’s friendship. No doubt Season 2 will see Megan either attempting to clear her name or maybe embracing a life of spies and intrigue.

3. What Happened to Miranda?

Michelle Gomez’s assassin Miranda was such fun, especially considering she was just as messy as Cassie. Throughout the season it was unclear whether Cassie could trust the woman and that proved to be a good assumption. Cassie had assumed Felix killed Miranda in an epic fight, but she soon discovers the copy of “Crime and Punishment” everyone was fighting over in her apartment. Conveniently, the page with the bank codes is missing, implying that Miranda is alive and well, and very wealthy. There’s no word on if Michelle Gomez is set to return for Season 2, but let’s hope so! 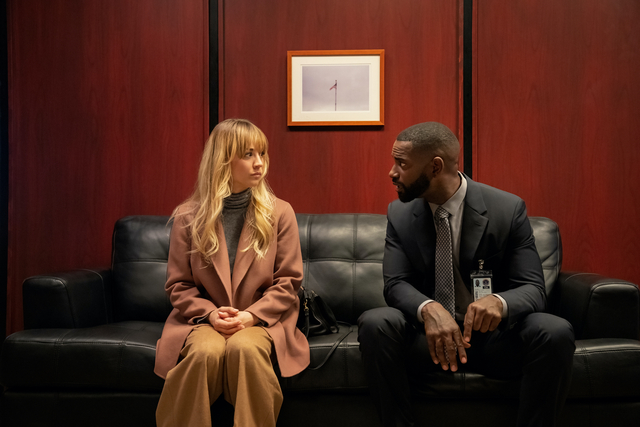 The trailer for Season 2 dropped earlier this month and though Cassie might not be a murder suspect anymore it doesn’t mean she’s safe. After becoming sober and moving in with her new boyfriend in Los Angeles, Cassie promises that her “life is pretty great” despite the tense events of the first season (you know, almost dying while uncovering an international corporate conspiracy…the usual).

Cassie is an official asset for the CIA. But while her best friend Annie (Zosia Mamet) warns Cassie that it seems like she’s “living in a spy novel,” fact becomes stranger than fiction. Cassie is convinced that someone is trying to frame her for a major crime — even going out of their way to become her. This season looks to draw inspiration from another Hitchcock feature, 1958’s “Vertigo.”

5. What Has the Cast Said About the New Season?

In February of this year Cuoco revealed on Instagram that Season 2 had concluded filming, stating in an Instagram post that the show had tackled “3 countries, 7 months, mega highs and lows, [and] COVID.”

And in an interview with Variety this year the actress said, ““The scripts are so good. She [Cassie] is definitely going to be trying to live a sober life while still trying to be who she was. And I think that’s what she’s going to struggle with the most. ‘Am I the same person I was before? Or are people going to like me? Am I still fun?’ And then still trying to have her job. And she’s also a CIA asset, which is a very small job. This is not some sort of agent. She is a teeny tiny asset. But she seems to get confused as to what is needed from her and gets herself stuck in a situation that she should not be in.”

6. When Does It Premiere?

Texas Gov. Greg Abbott directs use of buses to drop off migrants at steps of Capitol in DC

What are Aldi's Specialbuys this week? Top picks from the middle aisle
World News