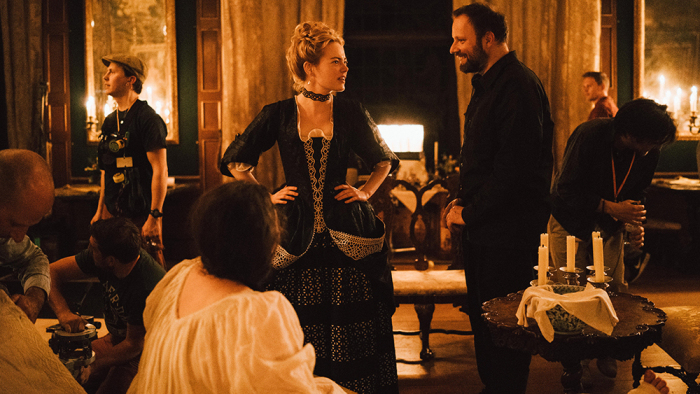 After a record-breaking sweep at Sunday’s British Independent Film Awards, “The Favourite” continues to curtsy from honor to honor on its road to the Oscars.

Yorgos Lanthimos’ meditation on power and desire, which happens to contain three powerhouse female roles, took a record 10 prizes at the London affair last night — a new watermark for a single film.

Variety recently caught up with the film’s executive producers and Lanthimos collaborators Ed Guiney and Andrew Lowe of Element Pictures, two Irishmen with an affinity for auteurs who have a first-look deal with Fox Searchlight (their film “Disobedience” also nabbed a Best Supporting Actor BIFA for Alessandro Nivola on Sunday).

While the pair first engaged Lanthimos on “The Favourite” nearly a decade ago when the blunt and visionary filmmaker decided to inch closer to Hollywood, the awards contender wound up being their third tour of duty after two notable turns on the festival circuit with big stars attached.

“Yorgos decided he wanted to make films in English and gave us the pitch for ‘The Lobster,’ which was un-turn-down-able. We did that, and then we were supposed to do ‘The Favourite,’ and assembling the cast at the right moment proved complicated. We had to push it, and we had the script for ‘The Killing of a Sacred Deer,’ so we just did that very quickly,” Guiney explained.

Released within a year of one another, “Lobster” and “Deer” proved that established and up-and-coming talent were anxious to work with the filmmaker — known for weaving together delirious farce and pitch-black depravity and violence. Colin Farrell and Rachel Weisz both received praise for “The Lobster,” set in a world where single people were turned into animals if they didn’t find a mate. It over-performed in very limited release, earning over $9 million at the domestic box office.

“Sacred Deer” attracted Nicole Kidman, Farrell again and newcomer Barry Keoghan for a twisted, eye-for-an-eye morality tale that was sometimes so absurdly menacing that critics found it bordering on comical.

“When you look at all the films, you have these crazy worlds with their own rules and these fantastic characters. That’s very much the strength to us,” said Lowe.

“He’s incredibly humane as a filmmaker. I think, because he pushes characters to such extremes but he really cares for them. And he wants you to care for them too. I don’t know that anyone has such mastery of tone that Yorgos has. Where he can switch from high farce to the deepest tragedy,” added Guiney.

Lanthimos escalates those gifts in “Favourite,” as Weisz and Emma Stone duke it out for the ear (and the bed) of Olivia Colman’s terribly unstable Queen Anne. It proves that the director’s particular charm extends beyond those universes of his own making. Lowe and Guiney said they certainly intend to work with him on whatever comes next.

The team also have a long relationship with Lenny Abrahamson, as they produced the Oscar-winning “Room,” Michael Fassbender’s “Frank” and Jack Reynor’s “What Richard Did.” Abrahamson directed all three.

Element also has dealings in international TV production, and the company owns and operates the Light House Cinema in Dublin and the Pálás in Galway. They’ve also got a  coveted overall deal with Fox Searchlight, which will become Disney property when the monolith formally acquires the label next year. The company continues to forge such relationships and greenlight films despite great uncertainty about its future.

“They’ve been very clear they don’t know any more than what we’re reading [in Variety],” Lowe said. “I think anyone you talk to seems to agree the merger is a great opportunity for Searchlight.”

Guiney noted that “a lot of the distributors we’ve worked together with in the past are struggling. It’s much more of a binary world in the sense that films will really connect, or there’s just no room for them. In that world, Fox, with the Disney merger and their plans for Disney Plus, all suggest Searchlight is as well positioned as possible.”

“The Favourite” is in theaters now.

ROSS CLARK: Tories could get a one-way ticket to oblivion
World News