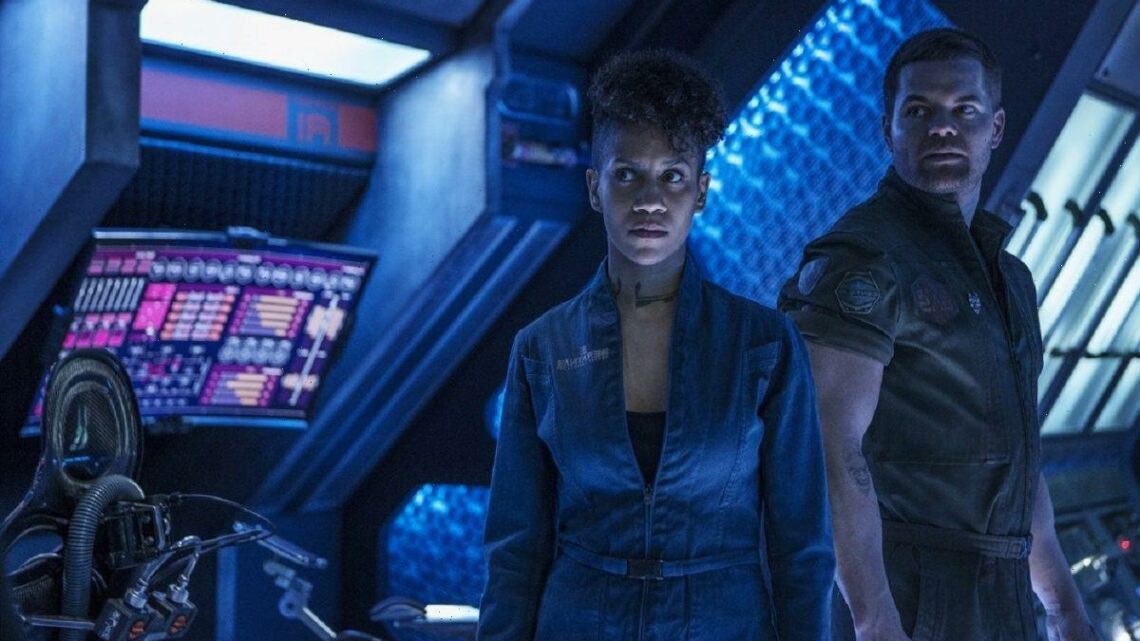 'The Expanse' Season 6: What Is the Slow Zone?

The Expanse Season 6 has an official release date and a trailer to boot. The upcoming season was announced during New York City Comic Con 2021, alongside a panel of The Expanse cast members and showrunners. The trailer teased plenty of action as UN and MCRN forces continue their battle against the OPA’s Free Navy. It also saw Bobbie Draper back in her power armor, seemingly in the Slow Zone. The Expanse Season 5 ended with a Slow Zone disaster for Sauveterre and The Barkeith and left behind a variety of questions. So what exactly is The Expanse’s Slow Zone?

‘The Expanse’: What is the Slow Zone?

The Expanse Season 6 is coming soon, and with rogue MCRN elements colonizing Laconia, the Slow Zone is more important than ever. So what is the Slow Zone? Really, it’s just another name for Ring space.

Ring space refers to the large bubble of space that appears when one travels through the Ring. It’s a sort of hub space, a nebula with a nucleus surrounded by a vast network of rings connecting to other areas within the universe.

So why is it referred to as the Slow Zone? While it’s mostly, maybe even exclusively called Ring space within the television version of The Expanse, fans online and the fandom Wiki page both use Slow Zone interchangeably with Ring space. Holden coined the term Slow zone following the speed limit disaster that occurred during humanity’s first investigation of Ring space.

The Slow Zone requires visitors to move within certain speed limits, based upon what Ring space, seemingly controlled by the nucleus, determines to be a threat. For example, when a Martian marine throws a grenade at Holden within the nucleus, Ring space forces a deceleration of everyone and everything within the Slow Zone down to 28.997 meters per second, causing massive casualties.

‘The Expanse’ Season 5 ended with a Slow Zone disaster

The Expanse Season 5 ended with Marco Inaros and the Free Navy making their attack against Earth. Simultaneously, rogue elements of the MCR, working in conjunction with Inaros, fought their way through a blockade into Ring space, or the Slow Zone. Their goal was to arrive at Laconia along with a sample of the protomolecule, where Admiral Duarte had set up a breakaway government that was studying the Ring Builder tech alongside Cortázar.

One of these ships, The Barkeith, was headed up by Admiral Sauveterre and Lieutenant Babbage. That’s when things took a bad turn for The Barkeith. The ring network anomaly, also called “going dutchman,” kicked in.

This anomaly, which only takes place within The Expanse’s Slow Zone, causes ships to disappear when large quantities of mass pass through the Slow Zone’s gates at once. Time froze, and everything disintegrated into red particles before disappearing entirely.

Right now, there’s fan speculation that the Slow Zone anomaly is related to the Unknown Aggressors — the extraterrestrials who combated the Ring Builders. The molecular disintegration is similar to the behavior of the “void bullet” found on Ilus.

It also dovetails with Elvi Okoye’s experience on Ilus, when she passed through the “void bullet.” She described being able to see everything, down to the smallest particulate level, including the “space between things.” She also described feeling a presence approaching, something Holden says he experiences every time he passes through a gate.

It could be that the Slow Zone anomaly is a way for the Unknown Aggressors to keep travel through the Slow Zone capped out or regulated in some way.

The Expanse Season 6 trailer and release date are both out — the show will be returning to Amazon Prime Video on December 10, 2021. The trailer showcases a number of action scenes including the Rocinante crew and Marco Inaros.

Viewers will also see Bobbie Draper donning her marine power armor once more, and walking out into what appears to be the murky blue depths of the Slow Zone. It remains to be seen exactly what Draper is doing in Ring space, but it seems likely that it will be at Avasarala’s request, given their professional relationship.

Jill Duggar reveals she suffered a miscarriage during third pregnancy