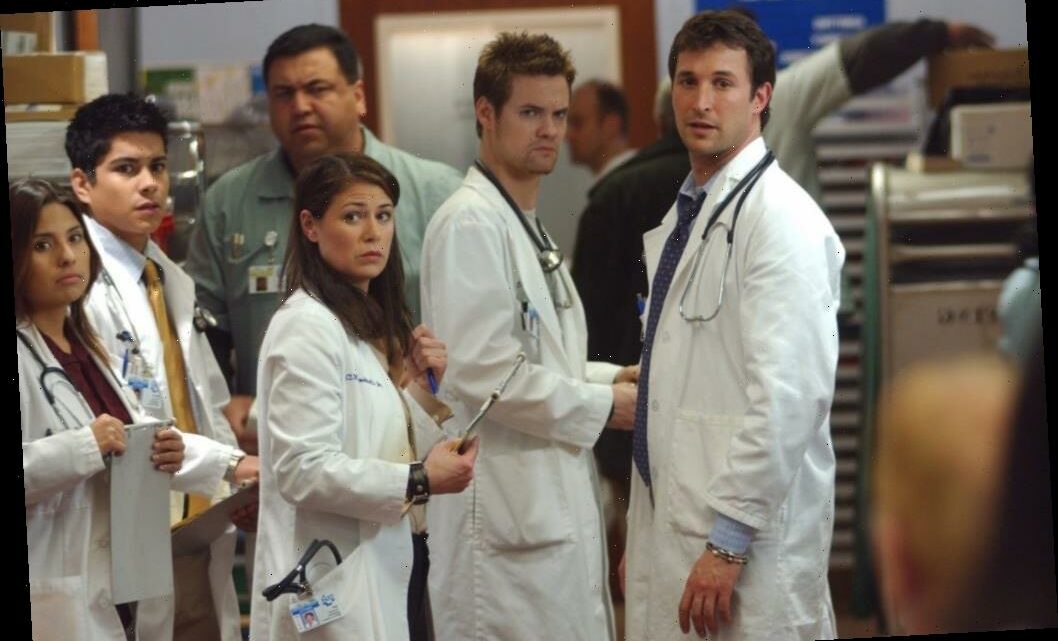 The 'ER' Pilot Was Filmed In a Supposedly Haunted Hospital

Viewers love ER for its fast-paced, thrilling action. But while the show is fiction, there may be truth to some of those breathtaking scenes. We recently found out that the medical drama put actors in a real-life scary situation. The pilot episode was filmed at an old hospital with a haunted reputation.

‘ER’ chose a haunted hospital for its pilot

When ER premiered in 1994, it made a big splash with audiences. However, the pilot, titled 24 Hours, has an extra thrill that isn’t known to most fans. It was filmed at the abandoned Linda Vista Hospital in Los Angeles, which many believe is haunted, according to Mental Floss.

Although it’s been known by different names, the location used for filming the ER pilot served the Boyle Heights community as a hospital for many years. The first building on site was the Santa Fe Coast Lines Hospital, which opened in 1905 and served employees of the Santa Fe Railroad. It was a lovely, Moorish-style building that even had an on-site garden, cows, and chickens to provide the healthiest food possible for its patients. The hospital had a great reputation for providing excellent care. In the mid-1920s it flourished, which allowed expansion and revision of the building into its current Mission Revival style.

However, in the ’70s and ’80s, the Boyle Heights neighborhood began to decline, and the hospital, now known as Linda Vista, along with it. Poverty and gang violence plagued the area until they were mostly taking in uninsured gunshot victims and drug overdoses. Reduced funding caused staffing shortages and an unusually high mortality rate. Finally, in 1991, the hospital was forced to close its doors for good. While most believe that money issues were the biggest cause for the hospital’s decline, according to the Travel Channel, there are also rumors of abuse and patient mistreatment.

The building sat empty for many years. During this time, it was never properly cleaned out. So, furniture, equipment, and even patient records littered the abandoned rooms. The creepy atmosphere, along with the many on-site deaths, made it the perfect location for haunted speculations.

According to Abandoned Spaces, there a several, well-known stories about the hospital, like the ghost in room 323. Rumors say a “treacherous patient” occupied this room. He died filled with anger, and eyewitnesses claim that growls and howls can still be heard in the room.

Another well-known story claims that while the hospital was experiencing its high death rate, many of the bodies went unclaimed. To make room for new patients, the staff burned the dead in the boiler room, and so this area is now known as a paranormal hot spot.

There’s even a room rumored to be where the infamous LA serial killer, Richard Ramirez hid out from authorities, leaving his artwork on the walls, according to Dread Central.

All around the grounds, visitors claim to have been touched or pushed by unseen forces. Others claim to hear voices, see shadows, or see actual full-body apparitions. And many people report a feeling of uneasiness or the sensation of being watched.

The Linda Vista may not have been caring for the sick any longer, but it did still find a use in the entertainment industry. Its dusty rooms and dramatic architecture make the perfect backdrop for storytelling.

Along with ER, the location was used as a filming location for many movies, music videos, and TV shows, including several paranormal investigation shows. Pearl Harbor, The Longest Yard, Outbreak, Insidious Chapter 2 and 3, Buffy the Vampire Slayer, Dexter, Criminal Minds, and the music video for The Lumineers’ song, Hey Ho, are just a few of the many scenes filmed at Linda Vista.

ER used a black and white tiled room in the basement of Linda Vista to film their pilot. But as the show progressed, they moved on to a less creepy location. The remaining 330 episodes were filmed in a Warner Bros. studio that had been created to look like the emergency room at Los Angeles County General Hospital. We’re guessing the cast was probably relieved with the change.

Unfortunately, Linda Vista is no longer being used for filming. In 2012, it was converted into senior living apartments, according to Curbed. So, if you were hoping to visit a piece of ER history, you’re out of luck. The building looks very different now. Of course, remodeling doesn’t necessarily get rid of its haunted reputation, but there’s been no word from residents about whether they’re experiencing anything abnormal.

'Dexter': This MCU Hero Turned Down a Role In the Showtime Series
World News