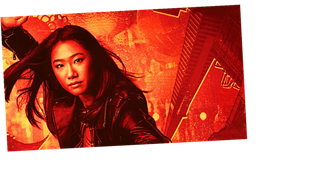 The CW has set a premiere date for its first Asian-led drama, Kung Fu.

The one-hour series, which stars Legacies‘ Olivia Liang, Tzi Ma and Kheng Hua Tan, will officially premiere Wednesday, April 7 at 8 p.m. ET/PT, the network announced Wednesday. It will take over the time slot currently occupied by Riverdale, which will return from a “pre-planned,” three-month hiatus in July to resume its current season.

Inspired by Ed Spielman’s 1970s series, the modern-day Kung Fu follows Nicky (Liang), a young Chinese American woman who drops out of college after personal issues arise and makes a life-changing journey to an isolated monastery in China. Three years later, she returns home to San Francisco after an unexpected tragedy and begins using her martial arts skills and Shaolin values to protect her community when her hometown is plagued by ongoing crime and corruption by the Triad, all while dealing with her estranged family and searching for the assassin who killed her Shaolin mentor and is now targeting her.

Additionally, the network has announced a summer premiere for The Republic of Sarah, which stars Stella Baker and Luke Mitchell. It will launch Monday, June 14 at at 9 p.m. ET/PT.

The series revolves around high school teacher Sarah Cooper (Baker), who uses a loophole to declare independence for her small town before a greedy mining company can take control. Now Sarah must lead a young group of misfits as they attempt to start their own country from scratch. Mitchell plays Sarah’s brother, who’s also a lawyer.

Other premiere dates announced include season 6 of DC’s Legends of Tomorrow, which takes over Batwoman‘s current time slot starting Sunday, May 2 at 8 p.m. ET/PT. Batwoman moves to Sundays at 9 p.m. ET/PT.

Below is The CW’s full premiere date schedule.