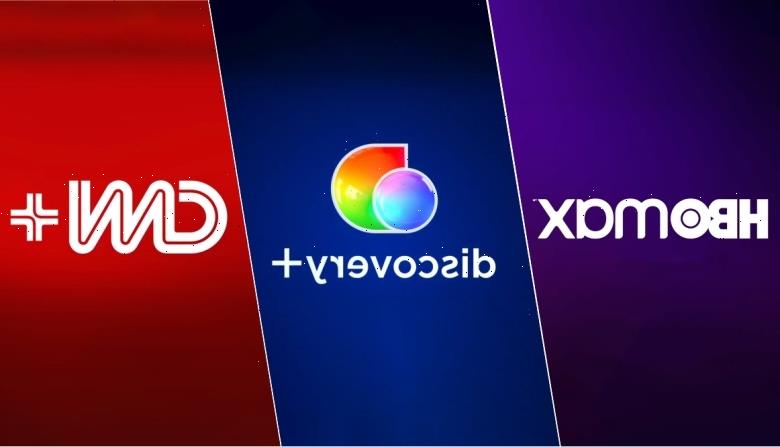 The March 29 launch of CNN+ came with an early-bird special: “Save 50 Percent for Life.” For subscribers joining in its first week and the three thereafter, it will halve the regular monthly price from $5.99 to $2.99, with this month’s subscribers retaining the lower price forever. That generous discount can’t hide a discomfiting fact: Whether paying $6 per month, $3 per month, or $60 per year (which currently looks like a fool’s deal), the CNN+ name is something of a misnomer when it doesn’t offer much in the way of actual CNN.

The CNN+ sign-up page boasts “live news coverage and exclusive reporting,” “on-demand original series and films,” and “up to 12 live daily and weekly shows each day,” but what CNN+ does not have is a live feed of the CNN cable channel. You can only digitally consume CNN proper the same way you always did: with a traditional cable television subscription that includes the linear channel.

A common compromise for media companies with both a linear and streaming presence is to re-air its top programming on delay; CNN+ does not. Most noticeably absent from the young DTC service is the prior day’s primetime lineup: “Anderson Cooper 360” at 8 p.m., whoever permanently replaces Chris Cuomo at 9, and “CNN Tonight With Don Lemon” at 10. CNN+ will cover major breaking news as it happens, but it won’t (and can’t, contractually) simulcast what you see on TV.

Instead, there’s a weekly Don Lemon talk show, a Jake Tapper book club, an Anderson Cooper parenting show, and “more than 1,000 hours” of CNN series and “nearly two dozen” CNN films including “RBG” and “Linda Ronstadt: The Sound of My Voice.” The service is all of nine days old, of course, and presumably there will be much more to come. However, even the Google ads for the site know that CNN+ isn’t really CNN, promising Explore Food & Travel On CNN+ – Limited Time: 50% Off For Life.

So what, exactly, is the point of CNN+? Or to put it more kindly, where is the value? As Vulture’s Josef Adalian noted last week, “CNN+ Has Quibi Vibes.” The bases of his unflattering comparison (Quibi lasted all of eight months in 2020) are the large investments and big names attached to both SVOD platforms, along with the existential questions that dog every streaming service: What is the service is supposed to be? And why will people pay for it?

“The problem with CNN+ isn’t that what’s on the service is in any way subpar,” Adalian wrote. “It’s that the promise implied by the name — the comprehensive news coverage of CNN plus programming you can’t find on the linear cable channel — comes nowhere close to being fulfilled by the actual product.”

The reason for the lack of CNN on CNN+ are the exclusivity deals between cable providers and parent company WarnerMedia (which will be merged with Discovery in a matter of days). According to media research group Kagan, CNN made just over $1 billion in license fee revenue in both 2019 and 2020. Licensing fees are CNN’s largest revenue stream; advertising added about $579 million in 2019 and roughly $628 million in 2020. These traditional agreements are lucrative, but they mean CNN+ can’t be a replacement for cord-cutters loyal to the breaking-news brand. That makes CNN+ a discrete brand extension of questionable value.

There are options that could make CNN+ more viable. Theoretically, the future Warner Bros. Discovery could renegotiate carriage deals with cable providers to reflect the changing television landscape — but with so many streaming-news options, giving up the $1 billion annually on the table may never make good financial sense. Here’s something much more sensible, and practical: The combination of WarnerMedia and Discovery, Inc. offers the opportunity for HBO Max, Discovery+, and CNN+ to become one package, much as The Walt Disney Company created the Disney Bundle with Disney+, Hulu, and ESPN+.

HBO Max and Discovery+ may be bundled together right away with an eye toward combining the separate services into one platform when the tech allows. Why not just throw in CNN+, too? Warner Bros. Discovery executives could either charge a few bucks extra to add CNN+ — or they could include it for free and write it off as a loss leader.

As Adalian pointed out, “What’s most perplexing of all is that CNN+ not only fails to give users access to CNN, it doesn’t even try to provide some sort of streaming equivalent of a 24/7 news service. You can’t just click on CNN+ any time day or night to find out what’s going on in the world right now.”

WarnerMedia CEO Jason Kilar would not agree with Adalian’s (or our) assessment, but yesterday he announced that he would step down when his company unites with David Zaslav’s. One week prior, Kilar championed CNN+ on its launch day.

“Today marks the launch of CNN+. In my opinion, CNN+ is likely to be as important to the mission of CNN as the linear channel service has been these past 42 years,” Kilar wrote on Twitter. “It would be hard to overstate how important this moment is for CNN.”

He then possibly overstated the importance of the moment in a series of eight more tweets. 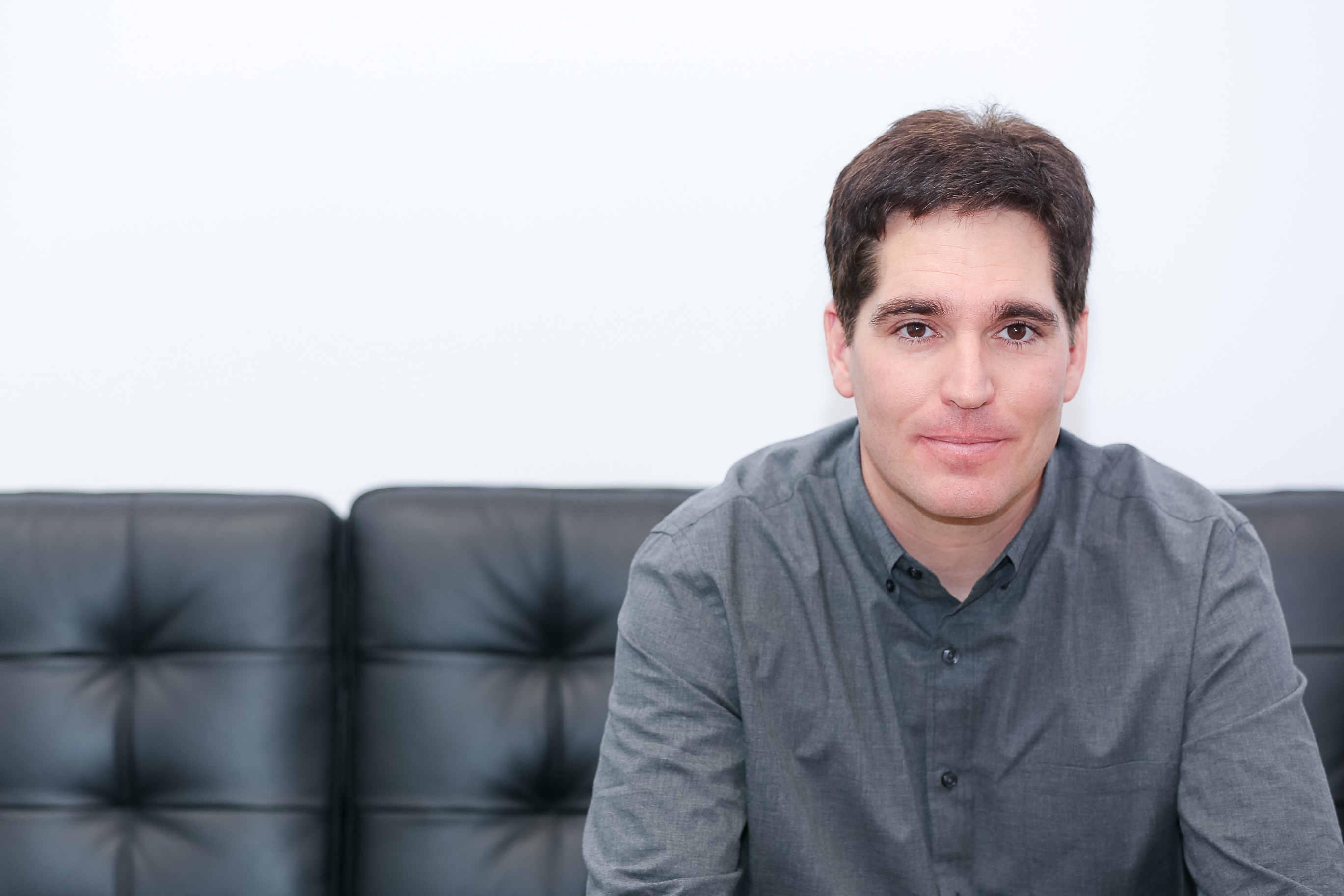 CNN competitors Fox News and MSNBC face similar challenges, but they also have certain advantages. For starters, Fox News Channel has a significantly larger viewer base than the other two cable news channels; that puts it in a better position to absorb any audience fragmentation. Both Fox News and MSNBC drew more advertising revenue than CNN in 2019 and 2020, per Kagan. (MSNBC lags way behind Fox News and CNN in licensing fees.)

Fox’s own SVOD service Fox Nation has the same price tag as CNN+ at $5.99 per month and has annual and biannual options. (There’s Fox Nation’s ridiculously titled “Patriot” plan for a one-year membership and the even-more-ridiculous “Silver Patriot” two-year plan; both are currently on sale below the CNN+ annual price point.) But Fox Nation does make its linear primetime programming available the next day commercial free. Carriage agreements with cable providers mean there’s no live-streaming option, but patient Fox fans who want to cut the cord can still get their doses of Tucker Carlson, Sean Hannity, and Laura Ingraham.

Viewers of the right-wing Fox also tend to be a bit more… rabid loyal than those from the left-leaning CNN (moderately liberal) and MSNBC (heavily liberal), which helps mobilize signups for Fox Nation as a supplement to – or replacement of – Fox News Channel. (The Fox audience also tends to be older, which is not a plus for streaming adoption but also is not as much of a minus as it used to be.)

MSNBC does not have its own SVOD service, but it feeds some recorded programming into NBCUniversal’s Peacock via the MSNBC Hub tile. A truncated version of “Morning Joe,” for one prominent example, becomes available there six hours after it airs on MSNBC. With free over-the-air broadcast channel NBC under the same umbrella, NBC News can be consumed everywhere for free via NBC News Now. (The same logic applies to ABC News and CBS News; the latter is undergoing a major overhaul with an eye toward streaming.) CNN has no such sister option and a whole lot of question marks, none bigger than the future of CNN+.

CNN was already down in ratings, down its leader in Jeff Zucker, and down one primetime star in Chris Cuomo. This week, WarnerMedia cleared house, effectively canning Kilar and eight other top executives in service of Zaslav. We’d like to say CNN+ is already shining a bright beacon amid dark days, but we’re still all-in on that Facts First campaign.