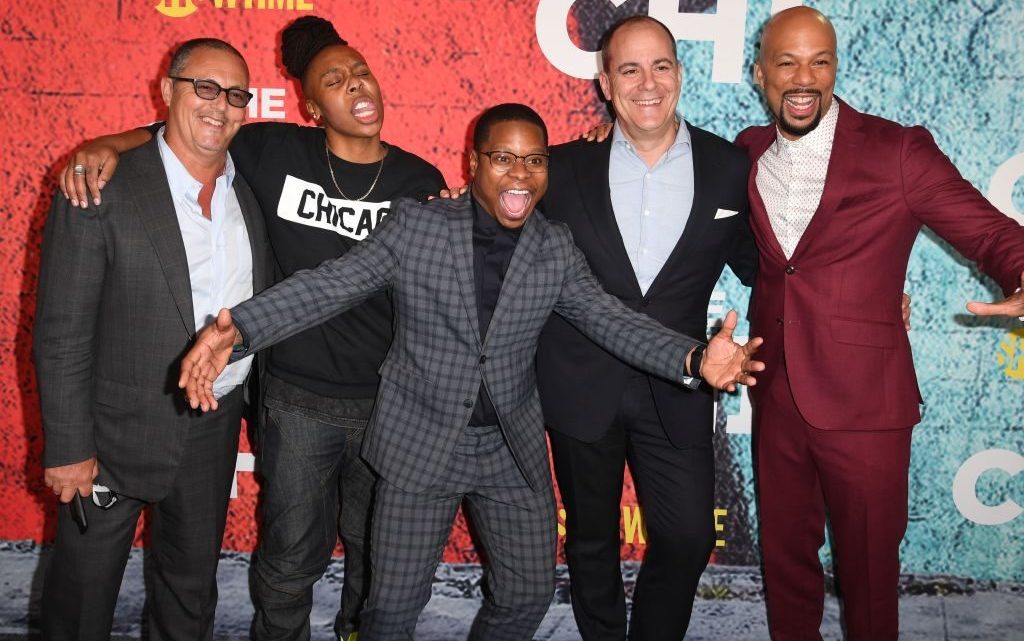 'The Chi' Season 2 Finale: Is Brandon Johnson the Scorpion or Frog?

The Chi Season 2 has come to an end with a finale full of unexpected events. Over the season, viewers have watched Brandon struggle with resisting the temptation of falling into street life by putting his all into his cooking endeavors. Then, he unwillingly got himself into 63rd Street Mob affiliation by accepting money and an expensive food truck from Otis “Douda” Perry. Is Brandon the frog, a trusting, naive person, or is he the scorpion, evil by nature?

Brandon gets arrested in ‘The Chi’ Season 2 finale

Detective Alice Toussaint is more determined than ever to solve her case because 63rd Street Mob members attacked her son in prison. She executed a search warrant on Brandon’s food truck and found a gun. Toussaint arrested him and tried to get him to flip on Otis Perry. She realized that Otis Perry has a clean record despite affiliations with several known gang members and that Family C Reality is code for 63rd Street Mob.

Perry ended up bailing Brandon out and promised he would hire the best lawyers to get his charge dropped. Brandon begged Perry to let him out. However, Perry reeled him back in with his “I believe in you, Brandon” speech. When Jerrika arrived at the jail, she saw Perry with Brandon. She demanded to know why Perry would bail Brandon out.

Brandon and Jerrika break up in ‘The Chi’ Season 2 finale

They got into an argument when they got home from the jail about Brandon’s dealings with Perry. Brandon admitted Perry is known on the streets as “Douda” and close to the top of 63rd Street Mob. He told her that he only found out that day. However, Jerrika knew he was lying.

Jerrika gave Brandon the silent treatment for a couple of days until he couldn’t take it anymore and confronted her. She asked him how he afforded her engagement ring, and when he failed to produce an answer, she knew Brandon was fully aware of who Perry is the whole time.

Jerrika said she does not want to raise a family with someone who hangs out with gang members. Brandon explained to Jerikka that he is finally getting a chance to become something, but she won’t understand that because she’s privileged and comes with a wealthy family. Jerrikka realized that they are too different, so she broke up with him and gave him his ring back.

Is Brandon the scorpion or the frog?

After Brandon and Jerrika broke up, he returned to the precinct and asked Detective Touissant what she wanted him to do. She promised if he worked with her to bring Perry down, then, she would protect him. Brandon also asked Touissant if he’s the scorpion or the frog.

Brandon eventually does cooperate, and the final scene shows him with the detectives. They are watching Perry in a surveillance van at his grand opening for another property he brought. Touissant then told Brandon that Perry is the scorpion.

Brandon has become a mentor for Kevin, offering weekly haircuts where he gave him advice. He also helped Emmett out by serving dinner for Emmett and his date. In The Chi Season 2 finale, Brandon also forgave Ronnie, his little brothers’ killer, opening the door for Ronnie to forgive his father.

Brandon is portrayed as a caring, hardworking, and passionate guy who once prided himself on never getting arrested. He is the frog, and he foolishly trusted the Scorpion, who ended up stinging him.

Dublin deliver, Clare leave it too late, and more talking points from the GAA weekend