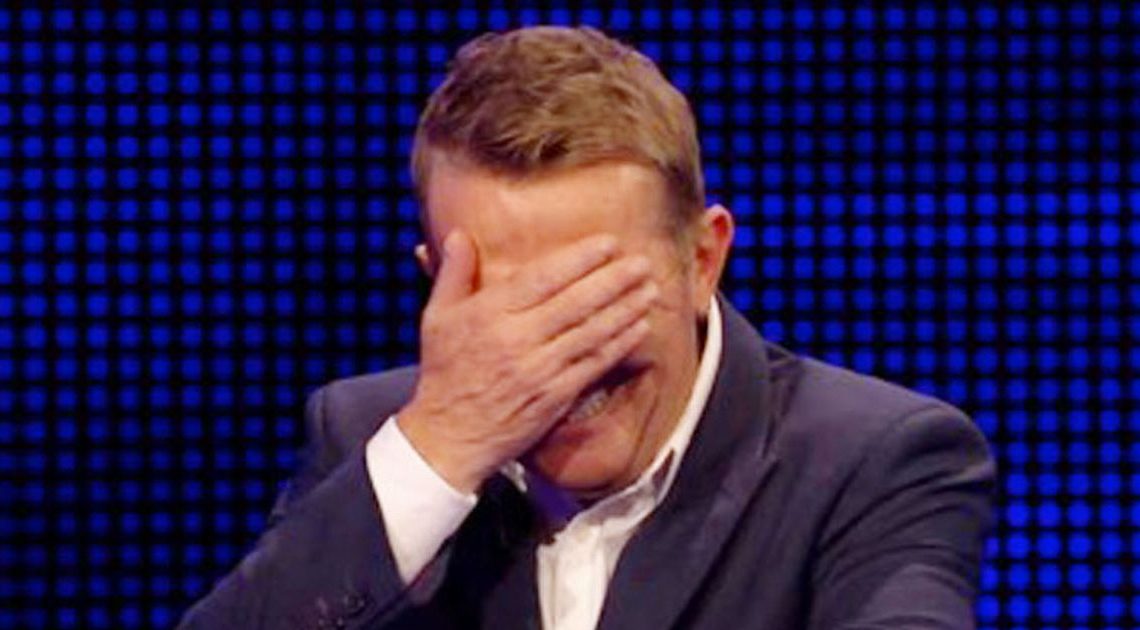 The Chase contestant and Bradley Walsh have massively awkward misunderstanding

Bradley Walsh had a massively awkward misunderstanding with a contestant on tonight’s The Chase.

The popular presenter misheard Candice, from Dundee, when she revealed her job.

But surprisingly most viewers were actually on Team Brad as they got confused by her Scottish accent as well.

When asked what she did for a living, Candice said: "I’m an account manger for a medical device company in wound care and compression."

Confused Brad’s face dropped as he believe she had said something very rude.

"Wind care," he shouted, thinking her job was something a bit peculiar.

Playing along, Candice asked: "What would that be?"

Bradley couldn’t keep his composure and put his hand over his face to hide his laughter.

"Compression of wind care," he said, before apologising for his error.

The Chase viewers were actually Team Brad on this one and took to Twitter to say they agreed.

One viewer said: "it actually did sound like she said “wind care”

"I thought she said wind care too," added another.

A third joked: "I need some compression of wind care I’ve been to toilet 5 times since this started pain in belly too many sprouts again"

*The Chase airs weeknight on ITV at 5pm

Will BTS Do ‘Carpool Karaoke’ With James Corden? This Fan Theory Is Pretty Convincing
World News