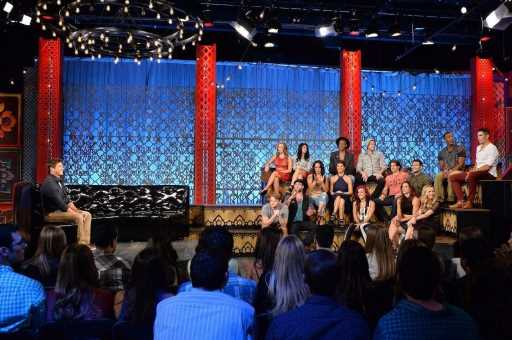 Fans of MTV’s The Challenge can’t wait to hear more about what’s to come for the series. It seems a number of past competitors are hopeful they’ll get a callback. Theo Campbell competed on a few seasons of the show prior to an accident that resulted in a serious eye injury. So, does he want to return for The Challenge Season 37? His Twitter makes it sound like he does.

[Spoiler alert: Potential spoilers ahead for MTV’s The Challenge Season 37.]

Is ‘The Challenge’ renewed for season 37?

MTV’s The Challenge Season 37 is officially on. The network posted a video to YouTube announcing the new season on June 16, 2021. The video shows T.J. Lavin giving the announcement, which also indicates Lavin will return as the beloved host.

“What’s up, guys, T.J. Lavin here,” Lavin announces in the video. “I just wanted to welcome you to the set of the 37th season of The Challenge, placed in beautiful Croatia. This is gonna be the most epic season yet.” The video then pans over Croatia, and no other information is given regarding what’s to come.

So, what’s the name of the new season? According to Spoilers, it’s Lies, Spies, and Allies, making it sound like the season will have a spy theme. The Challenge Chronicles podcast also said they know the format for the season. “It’s not one alumni with one newbie. It’s actually one international player with one American character,” the podcasters said. “So, Kyle [Christie] could be paired with Tori [Deal], for example.”

It looks like a number of past players of MTV’s The Challenge hope to return for season 37. And Theo Campbell might also hope to get cast. Theo got his start on Love Island U.K. 3, and he competed on War of the Worlds and War of the Worlds II. While Theo has yet to win a Challenge, he went to the finals on the first War of the Worlds season.

Unfortunately, in 2019, he experienced a severe eye injury after a champagne cork flew into his eye. He had to have several eye surgeries to assist with the damage. Now, in 2021, he’s healed as much as possible. “The damage is deeper into the eye so my vision won’t ever be 100% again,” he explained via Instagram. “And they say surgery, in the long run, won’t be worth the risk so just have to accept I’ma be half-blind forever now.”

Despite the injury, he may still aspire to compete. On June 16, 2021, he posted a clip of Marvel’s Loki to Twitter with the caption, “Me when the @ChallengeMTV finally realizes the need some big smoke back on the show.” And on June 14, 2021, he reposted a tweet that included a clip of him from a past season with the caption, “I miss these types of daily challenges where the competitors like @theo_campbell91 and Ashley gave it there all and weren’t trying to throw it.”

In the past, Theo also noted he wanted to return for season 35. We imagine his feelings haven’t changed too much since then.

Who is part of ‘The Challenge’ Season 37 cast?

Will Theo join MTV’s The Challenge Season 37 cast? It doesn’t seem likely. While he may be giving clues via Twitter that he’s ready to return and compete again, it looks like the season 37 cast is already competing in Croatia, according to spoilers.

If the rumors are true, a number of international rookies joined the roster as well. We’re excited to see all of the new faces on the show.