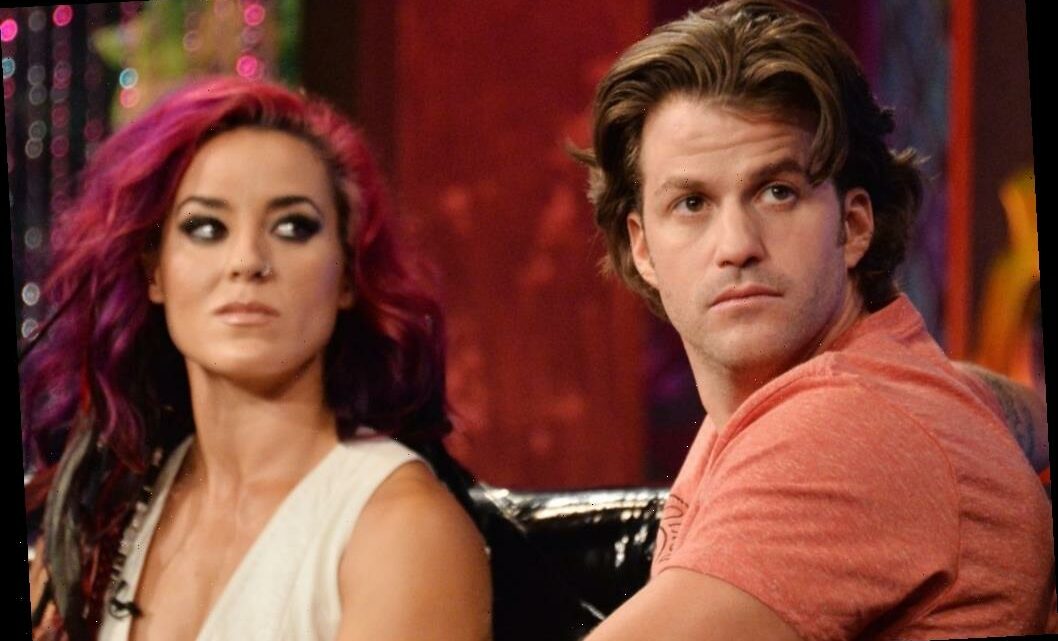 The Challenge: Total Madness is over, and Johnny “Bananas” Devenanzio took home his seventh win. The champion is the most decorated in the game, and he’s surely enjoying his earnings.

While Devenanzio’s won more than any other competitor on the show, it’d be very unlike him to quit now. But fans suspect he won’t be back for season 36, and they’re expressing their disappointment on his Instagram.

The man at the top of the mountain didn't fall there 🗻 • Anything, even moving mountains is possible when you have the right people there to support you. To all my friends, family, and especially my fans without your unwavering support I wouldn't be where I am today! This win is for you ❤🐐🍌 #KingOfTheRings #IamTheChallenge 📷 E-Studios #thechallenge35 #bananasdoingthings #thisviewisbananas

The Challenge: Total Madness was extremely difficult, as contestants lived in an underground bunker and a cold climate during filming. Not only that, but the red skull twist also had veteran players scrambling to make a new plan. The twist required all contestants to compete and win against another competitor in an elimination round in order to be eligible to run the finale.

Devenanzio made it all the way to the end and won for the men, too. But he claims he was able to pull out a win during Total Madness, one of the toughest seasons yet, because of his ability to adapt.

“Adapting ever season is so difficult,” Devenanzio explained on his Instagram. “I’ve said this in the past, and I maintain to this day: It’s not the strongest that wins. And it’s not the smartest that wins. It’s those who have the ability to adapt.” He then mentioned that it’s his “ability to adapt” that’s been “spot-on” and key to his major success.

Fans think he won’t be returning to season 36

Some competitors are already gearing up for season 36. Wes Bergmann, Devenanzio’s foe-turned-friend and greatest ally on Total Madness, keeps posting photos and videos showing off his routines that are helping him get fit for the next season. But fans fear Devenanzio won’t be back.

In late August 2020, it looks like Devenanzio is out having the time of his life scuba diving instead of getting ready for The Challenge. He posted a photo of himself underwater with all his scuba gear on Aug. 31. And fans think this is a sign he’s totally over the game and ready to kick back with his winnings.

“This is so disappointing on so many levels,” one fan commented. “I can’t believe you’re not on 36.”

“Man you better be coming in as a mercenary Ashley/Hunter style and win this season or I’m gonna make a banana split,” another wrote.

“I think because he’s in FL and not in quarantine, they’ve decided not to have him on the next season,” a fan commented on another one of Devenanzio’s scuba diving photos. “That’s what I’ve heard anyway but who knows!?”

It looks like we may have to wait and see if Devenanzio will be coming back. But there’s also talk that he’s preventing Cara Maria Sorbello from rejoining the cast. Sorbello took season 35 off for personal reasons, but she’s a huge threat to win every season she’s on. And ex-competitor Jemmye Carroll took to Twitter to tell her fans what’s going on.

Carroll retweeted a tweet from a Challenge spoiler account that stated a “certain male cast member who has a say in production” is preventing a “popular female competitor” from taking part in the show. According to the comments, the account is presumably talking about Devenanzio and Sorbello.

“Cara and I may not be friends anymore but this is unfair,” Carroll tweeted. “She deserves a seat at the Challenge table more than most castmembers.”

We’re not sure why Devenanzio would go out of his way to prevent Sorbello from competing if he’s not on season 36 himself. So, we’ll have to see what happens.

More than 200 people are airlifted clear of Creek wildfire