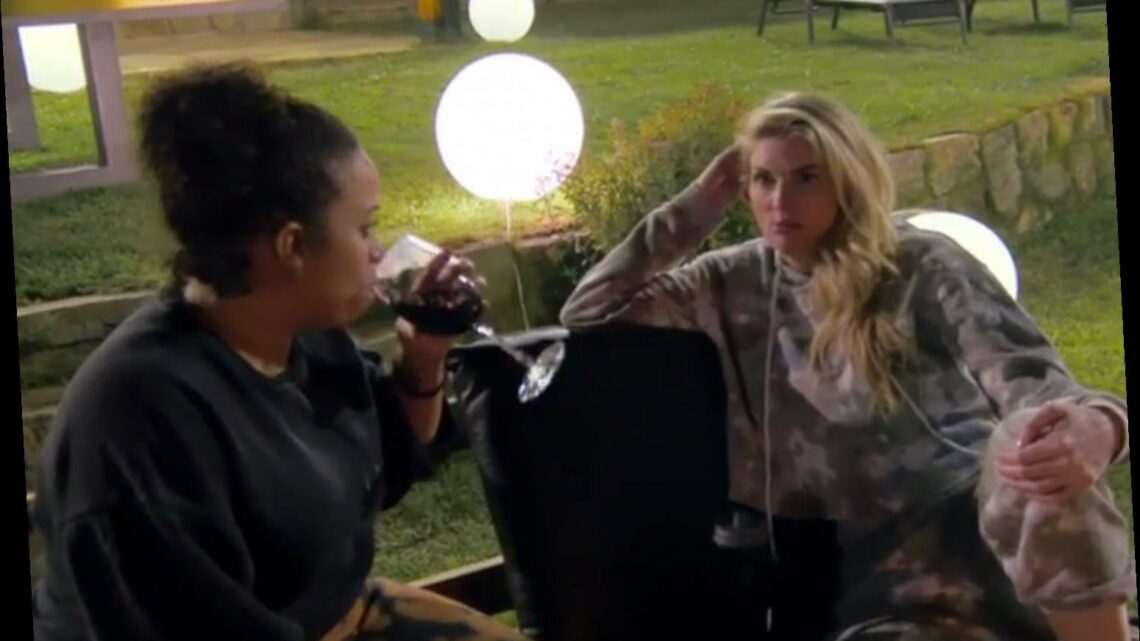 Trishelle Cannatella arrived on The Challenge: All Stars with some unfinished business.

In an exclusive sneak peek at Thursday's episode, the Real World: Las Vegas alum, 41, confronts Aneesa Ferreira, 39, about a fight from 2013's Rivals 2.

"I wanted to talk to you the first night that we got here, but a lot was going on and everybody was crazy," Trishelle tells Aneesa as they sit alone by a fire. "I know that I haven't seen you in forever and the last show that we did was not the best ending."

One night during their last meeting, on Rivals 2, Trishelle shouted at Aneesa, "You're f—ing Black, you're Jewish. What the f—?" Aneesa responded, "What point are you f—ing trying to make?!" and the confrontation became physical. It concluded with Trishelle ultimately leaving the game.

"I felt so terrible after," Trishelle says, tearing up. "I know that it was a long time ago but I know that it hurt your feelings and I just wanted to personally apologize to you just face-to-face because it was racially insensitive and I never would want to say anything to hurt you because you're amazing." "This makes me so emotional," Aneesa says.

"Just know that I am sorry and it will not happen again," adds Trishelle.

"I totally accept that and I'm happy you said it to me. It was so long ago but I forgave you so long ago," Aneesa responds. "We've both grown. … You apologizing to me means everything."

"I was wrong and I was immature and stupid," Trishelle says of the 2013 incident in a confessional. "Since then, I have educated myself and I want to be a better person and a better human. Aneesa was just so incredibly kind to me and I feel like I've learned a lot from it. I really appreciate that she's accepting my apology."

"It's unfortunate that we had that hiccup years ago because we could've had a great friendship," Aneesa says in her confessional. "It feels like she isn't that person and I truly believe in giving people room to grow."

The Challengers' moment around the fire concludes with an exchange of "I love yous" and a big hug. Of course, not every conversation on the competition series will end so beautifully.

Player Mark Long notes that friends Trishelle and Katie Doyle will clash. "I didn't see that coming," he admits, before teasing a few other rifts to watch out for. "Ruthie has a little problem with Aneesa and Nehemiah [Clark] as we move forward, that's going to be uncovered. There's always a friendly rivalry between Derrick [Kosinski] and Nehemiah, because Derrick always thinks he's the badass, which he is, and then Nehemiah is trying to get that role."

New episodes of The Challenge: All Stars drop Thursdays on Paramount+.