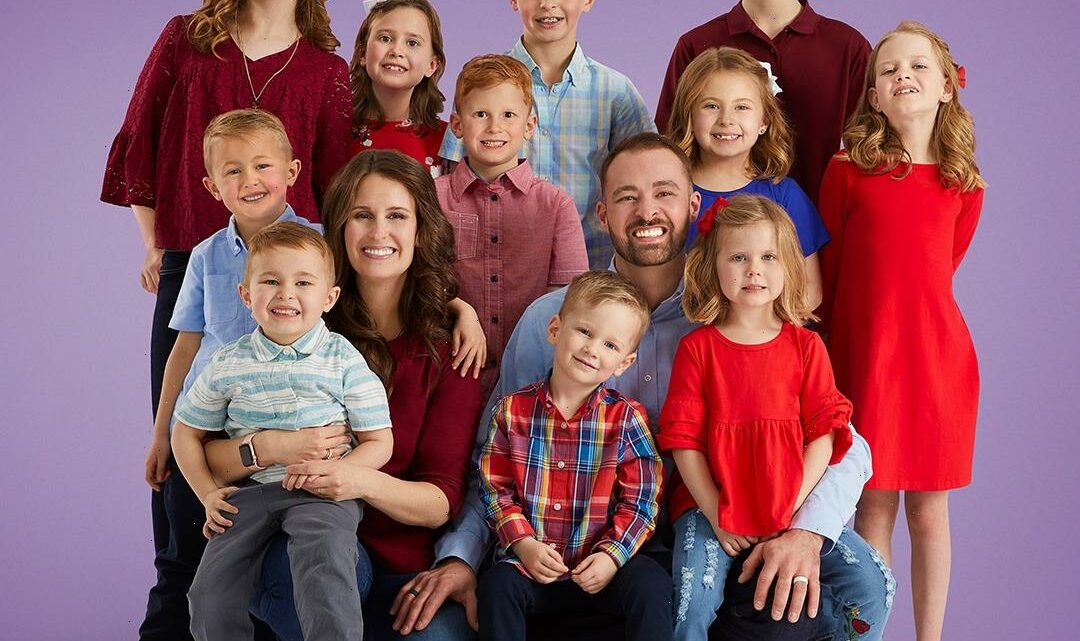 Spencer and Erica Shemwell are taking a big step towards blending their families — but not everyone is happy about the decision that's being made.

On Tuesday's episode of The Blended Bunch, the couple surprises their combined 11 children with the news that Erica and Spencer will be legally adopting each other's sons and daughters. While the process won't feel like much of a change for Spencer's four children, Erica's seven kids face a bigger adjustment: taking on their stepfather's last name. Following their devastating losses, Erica and Spencer met via an online widowed support group, where their love story began. After 13 months, the couple said "I do."

In the sneak peek, the adoption news is met with excitement from most of the children, including Spencer's daughter Harper, who is "so excited to officially be sisters" with Erica's girls. "We used to always say 'stepsisters,' and instead we'll just say 'sisters,'" she tells cameras. But a few of Erica's children have some reservations about the name change.

"I won't like my initials," says Sophie, 8, in a confessional. "Do we have to change our last name?" Landon, 12, asks his mother and Spencer.

Erica, 33, says she and Spencer "thought long and hard" about the decision. "I didn't want you all to change your name and have everyone be Shemwell and lose the Means name, because I feel like it's really important to carry on Daddy's name," she says.

"But also, I really love the idea of us all having the Shemwell last name so that we feel like a family," she continues, before outlining the "great idea" she and Spencer came up with. "I want you to decide to keep Means as your last name but add a second last name, Shemwell," she tells her biological children.

Erica's eldest daughter, Emma, isn't excited about the idea and asks if she can "just keep Means" instead of taking on the Shemwell name.

"Well, we're going to add the Shemwell on, but at school, you can be known as Emma Means — you don't have to do Shemwell," says Erica.

"Like, let's say someone says, 'What's your full name?'" Emma presses, giving the example of being at the doctor's office.

Though Erica says Emma can just go by Means in that instance, she still isn't happy about adding a second last name. In a confessional, Emma elaborates on her feelings.

"I don't like the name change. Adding the name Shemwell kind of is like, taking away the memory of my dad [and] having the same last name as him," she says. "I feel kind of a little angry at my mom. I wish she could have had a conversation with all of the Means kids and asked us how we felt about it before [she] made the decision."