‘The Batman’ To Jump-Start Global Box Office With $225M+ Launch; Korea Already Soaring To Near $2M

In the wake of Sony’s Spider-Man: No Way Home rattling box office records, and creating a gravitational pull toward cinemas with a $1.85 billion global gross, Warner Bros.’ The Batman is looking to keep this big screen rally going.

Industry projections for the Robert Pattinson movie stand at $115M-$125M domestic, and another $110M-$120M overseas for a global reach of $225M-$245M+. The movie, which carries a production cost of $200M, reps Warner Bros.’ return to pure theatrical releases since executing a day-and-date HBO Max strategy for its U.S. film slate, which began back at Christmas 2020 with Wonder Woman 1984.

In fact Batman fever has already fired up: the Matt Reeves directed DC Comics title opened in Korea today taking advantage of a public holiday and grossed a strong $1.7M (with previews). That’s easily Warner Bros.’ best launch day during the pandemic in the territory, the second best debut for a Batman movie since The Dark Knight Rises, and an industry best in the country for 2022 so far. This is all ahead of adding another 74 hubs through Friday. This is particularly impressive given that Covid infections spiked in the past day. 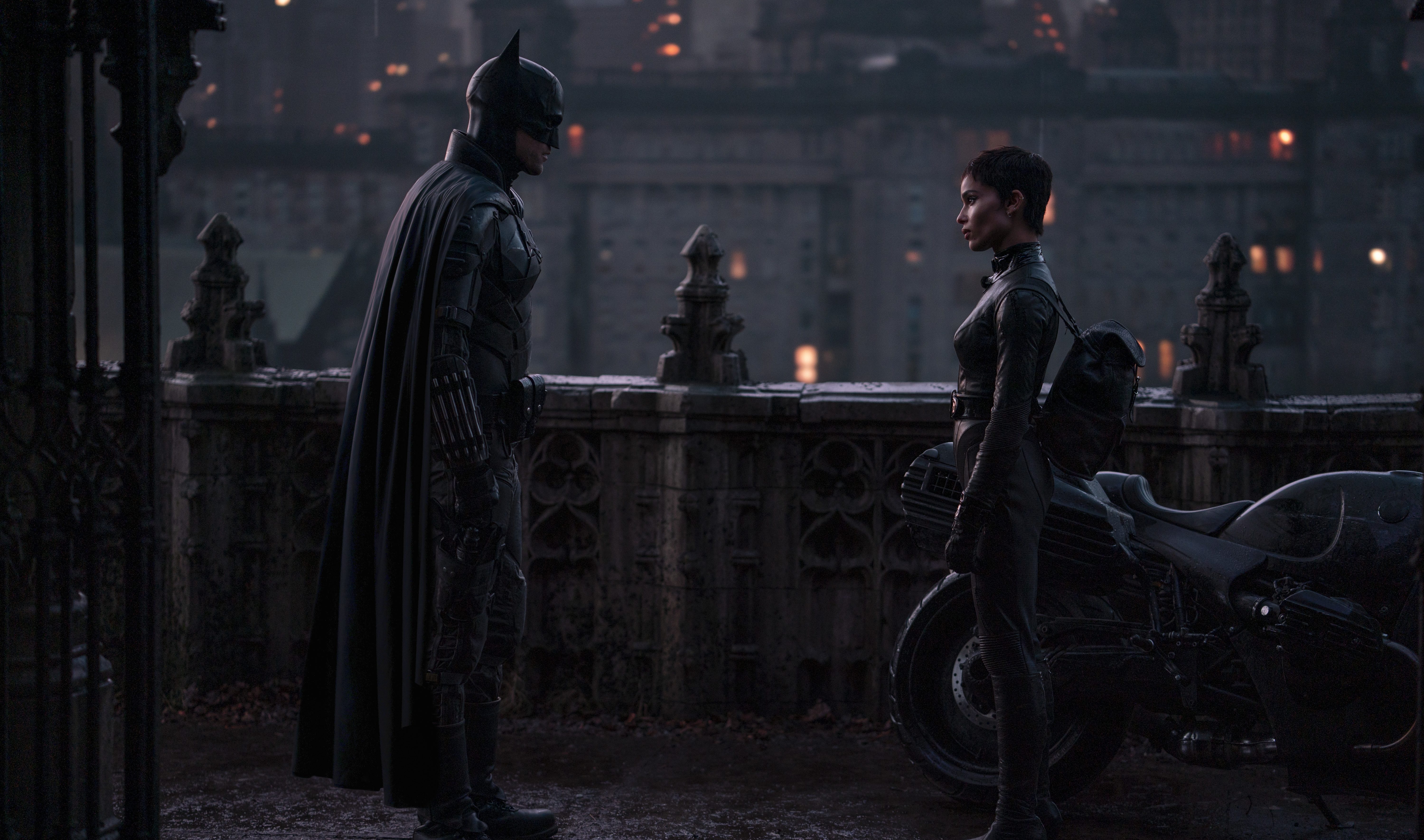 As far as domestic goes, Batman already began with 7PM shows tonight in 350 Imax locations timed to the world premiere in NYC, another set of 7PM showtimes tomorrow and Thursday night previews in 3,300 locations starting as early as 3PM.

Warners is spotting at least $90M domestic at 4,217 theaters (12,500 screens), however, I’m told by rivals that the heat on this movie, even though it’s not as high as Spider-Man: No Way Home, is still fantastically high. The movie is everywhere.

True, there’s bad news in the headlines, and prolific DC movies like Justice League and Joker opened to respectively  $93.8M and $96.2M, and The Batman is a near three hour movie. But there’s just too much working in the Dark Knight’s favor: There’s great news about dwindling Covid cases (-36% in cases from a week ago to 65k/day per the New York Times), moviegoer comfortability reaching near peak levels per NRG, and a Rotten Tomatoes Score of 87% Certified Fresh. At least $40M in presales for Thursday and Friday showtimes is already in the bank, I hear. AMC Boss Adam Aron said on an earnings call this afternoon that he’s charging more for Batman tickets at his circuit in a variable pricing model. The movie will play in all plus formats as Imax, Dolby Cinema, 4DX, Screen X, Drive-ins and motion seats.

NRG expounds that moviegoing comfort improved dramatically this week and is bound to notch an all-time post-Covid high by this weekend. The percent of those polled who are ‘very or somewhat comfortable’ attending the cinema improved to 80%; just a point shy of the all-time high set back on July 11th, 2021 (81%). Females over 35, which has been a reluctant moviegoing demo during Covid, drove the latest increase, surging 10 points to 73%. They’re now just 2 points off their all-time high (75% in mid-July 2021). Males under 35 also improved, up +6 points to 89%, matching their record from last July. The percent that are ‘very comfortable’ continues to climb, ticking up a point to reach a new record high of 43%, females driving those gains. Eighty-eight percent feel that going to a movie theatre is ‘very or somewhat safe’ which is up +4 points from last week, besting the all-time high on July 11th (85%).

The Batman continues to flap abroad on Wednesday in France and a handful of others; followed by 49 markets on Thursday including Australia, Taiwan, Germany, Italy and all of Latin America. Friday adds 19 markets, notably the UK and Spain.

As Deadline reported, Russia will not be a part of the initial rollout and is TBD with Warner having paused the release in light of the humanitarian crisis in Ukraine (Universal handles the distribution of Warner Bros.’ titles in Russia through a joint venture). Russia ultimately may have contributed an opening of about $5M had it released this weekend, the ruble having taken a big hit since the conflict began. Joining later in the run are Japan (March 11), China (March 18) and Hong Kong (May 19).

Across the 75 markets where The Batman is landing this session, there is some swing on projections.

The most recent DC comp here is Joker which opened to $150.4M overseas in like-for-likes and at today’s rates back in October 2019. That film arrived with a major halo and huge media buzz coming off of a Golden Lion win at the Venice Film Festival the previous month. It was also nearly an hour shorter, and The Batman’s near three-hour running time will impact the number of shows it can program this weekend. Joker was rated R domestically while The Batman carries a PG-13. In the UK, both Joker and The Batman landed with a 15 rating, while in France, Joker was restricted to over-12s and The Batman has not been given an age restriction — though it does bear a warning that “the general climate of the film, as well as certain scenes of violence, could offend a sensitive audience.”

Joker did not have France in its opening suite, but that market should appear in the Top 5 on The Batman. Also likely to perform strongly are a mix of the UK, Korea, Mexico, Australia and Brazil. Western Australia, it should be noted, has put some new Covid restrictions in place.

John DiMaggio Returning For ‘Futurama’ Revival On Hulu After All: “#Bendergate Is Officially Over” 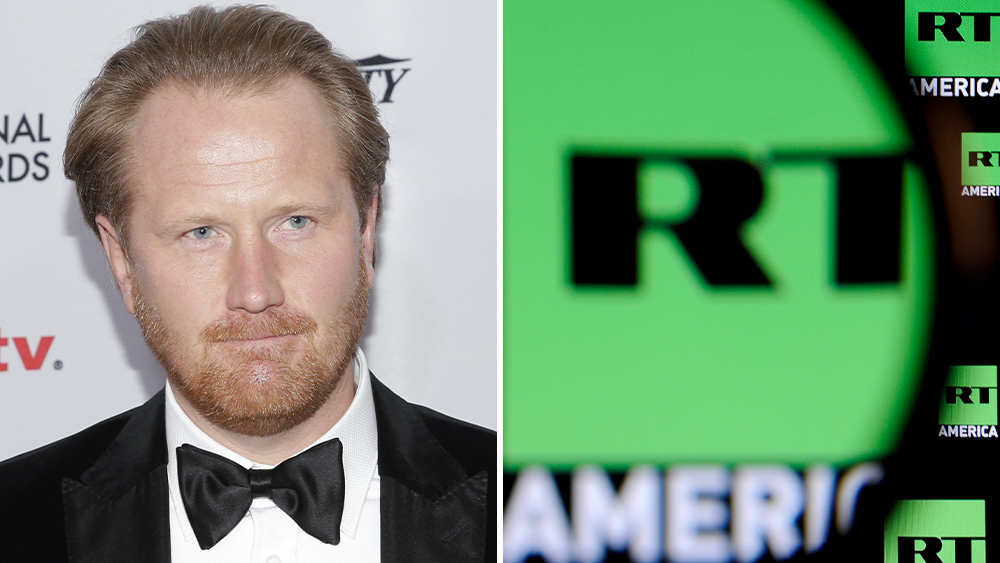