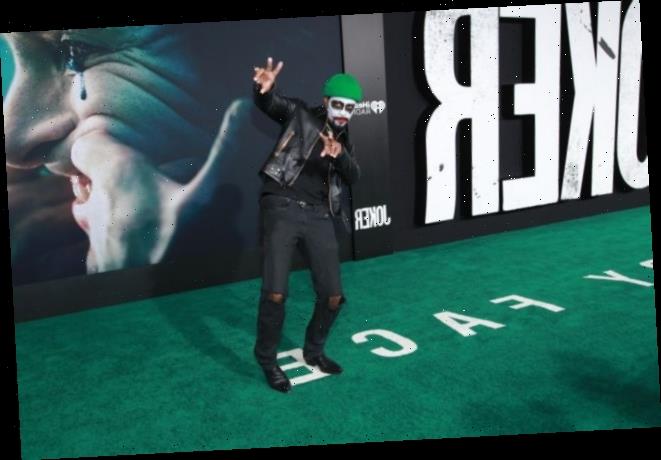 'The Batman': Fans Know Exactly Who Should Play the Joker Opposite Robert Pattinson’s Dark Knight

Contrary to what you may have heard, Robert Pattinson and Joaquin Phoenix will not be doing battle anytime soon. Pattinson will indeed headline The Batman in 2021. But that film will be completely disconnected from Phoenix’s Oscar-winning Joker.

In fact, the Clown Prince of Crime isn’t set to appear in The Batman at all. Still, it feels inevitable that Pattinson will face a Joker of his own at some point. In fact, new information reveals Joker could appear in The Batman sequels. And when he does, fans have a clear idea of who should play him.

‘The Batman’ sequels will reportedly bring the Joker into the trilogy

According to MovieWeb, writer/director Matt Reeves indeed has his sights set on bringing a new Joker to the screen. The Batman has reportedly been conceived as the beginning of a trilogy. And while the Dark Knight’s arch-enemy isn’t ready for his debut, rumor has it he’s on his way.

Of course, any Batman fan could have seen this news coming. After all, every incarnation of the Caped Crusader has carried with it a new interpretation of the Joker. Rather, what makes The Batman news so notable is Reeves’ movie would presumably introduce a third current Joker.

Jared Leto delivered a divisive performance as the character in Suicide Squad. But his version — the only one which shares continuity with the greater DCEU — hasn’t been seen since. Then there’s Phoenix, which serves as a standalone (so far). And The Batman’s Joker makes three.

RELATED: Every Actor Who Has Played the Joker On the Big Screen Now Has an Oscar

Fans of the internet are throwing their support behind one actor

Fans everywhere have lots of opinions about who should play the Joker. Casting rumors for the Joker have ranged from classic choices like Willem Dafoe to surprising picks, such as Macaulay Culkin. Yet, one name that keeps coming up for the role is Get Out star Lakeith Stanfield.

“Matt Reeves “Batman” rumored to have its own joker In the second and third films of the trilogy: Lakeith Stanfield IS perfect! He loves the character! He deserves the role,” one user tweeted. Indeed, Stanfield is so committed to playing the role he showed up to the Joker premiere in full make-up.

If Reeves were to cast Stanfield, the actor would be the first black man to play the Joker on screen. But most fans don’t seem to mind updating the character. “People who say that Lakeith Stanfield can’t pull off the Joker just because of his skin color are just stupid,” one fan tweeted. “The guy is crazy talented, and could easily kill it as the Clown Prince of Crime.”

Stanfield delivered a star-making turn in 2013 indie drama Short Term 12. And since then, he’s taken the industry by storm. In the next few years, the actor popped up in a ton of movies, including Selma, Dope, and Straight Outta Compton.

Then in 2017, he broke into the mainstream with a standout role in Get Out. And since then, he’s appeared in just about every genre. From the satirical comedy of Sorry to Bother You to the nerve-wracking tension of Uncut Gems, Stanfield has proven he can do it all.

That ability to turn on a dime is exactly the kind of unpredictability an actor needs to play the Joker. The self-proclaimed “agent of chaos” must inspire but fear and excitement when he arrives on screen. And Stanfield has amassed a lifetime’s worth of experience in less than a decade.

Jennifer Lopez Surprises Her Son With Adorable Addition to the Family

The Quarantine Stream: 'Zodiac' is a Modern Masterpiece
World News