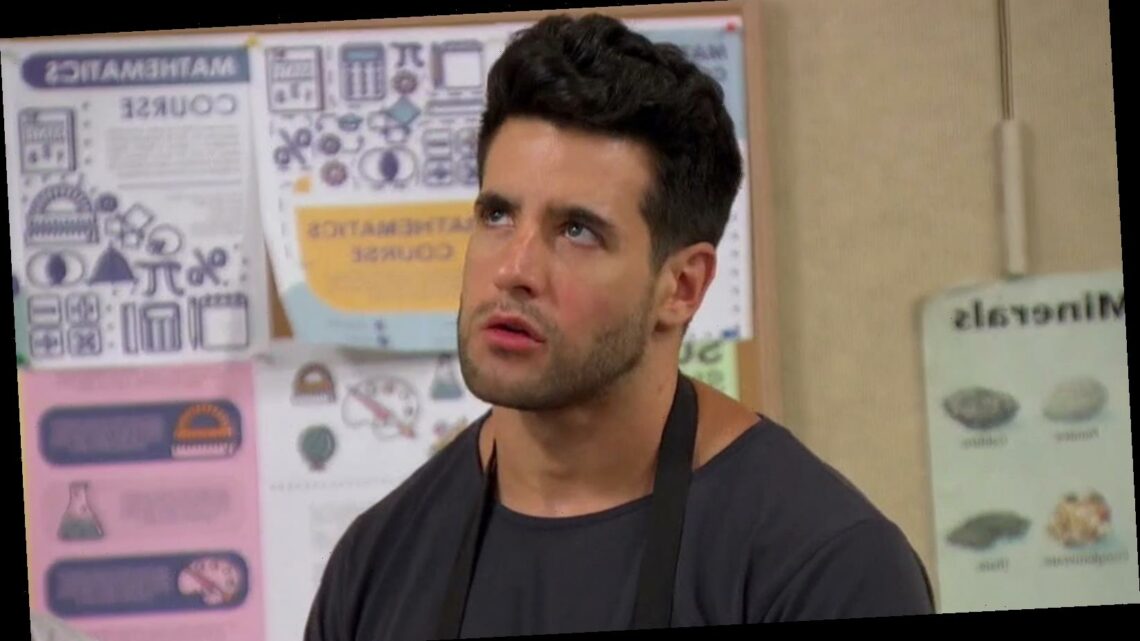 The Bachelorette: Ed Waisbrot’s shady eye roll is getting love from fans

Bachelor in Paradise couple Ashley Iaconetti and Jared Haibon made a cameo appearance on Tayshia Adams’ season of The Bachelorette, hosting a group date. The duo facilitated some themed activities on a quest to find a “Grown Ass Man” for Tayshia. They gave the guys math problems to solve, words to spell, and some random competition with Tayshia sitting in a bed while the guys served her meals. Sure, the resources were limited during a pandemic because the whole season was filmed at the same resort in Palm Springs, but it was just an odd date. Then again, when is a group date not odd?

Bachelorette contestant Chasen Nick told the audience, “For Tayshia, I have something special planned where I’ll stand out and I’m excited to see what happens.” Instead of just giving Tayshia some donuts in bed like Bennett Jordan did, Chasen decided to serve himself up as a snack. He took off his shirt, put on an apron and declared, “I just thought I could be the main course.” And fellow suitor Ed Waisbrot wasn’t having it, immediately letting out the biggest eye roll possible in response, to which many viewers related.

Considering that the first half of the season was all about Dale Moss, there were some viewers that didn’t even realize Ed Waisbrot was on the show. One fan asked, “I forget that there’s an Ed every episode. Anyone else?” Nevertheless, he stood out to plenty of fans with that huge eye roll. One person tweeted, “Where did Ed come from cause he’s a f**king mood.”

Someone said, “Ed rolling his eyes is literally me in all and every situation I do not want to be in.” Another fan declared, “Ed’s over exaggerated eye roll is a mood.” Someone else tweeted, “Ed’s eye roll. Respect.” There have been plenty of telling facial expressions in response to this season’s drama, but one person declared, “Ed comin’ in hot with the best eye roll of the season!!!” They are not wrong, but considering all the tension building up this season, it’s very likely that there are even more eye rolls on the way. And more gratuitous, shirtless moments, undoubtedly.