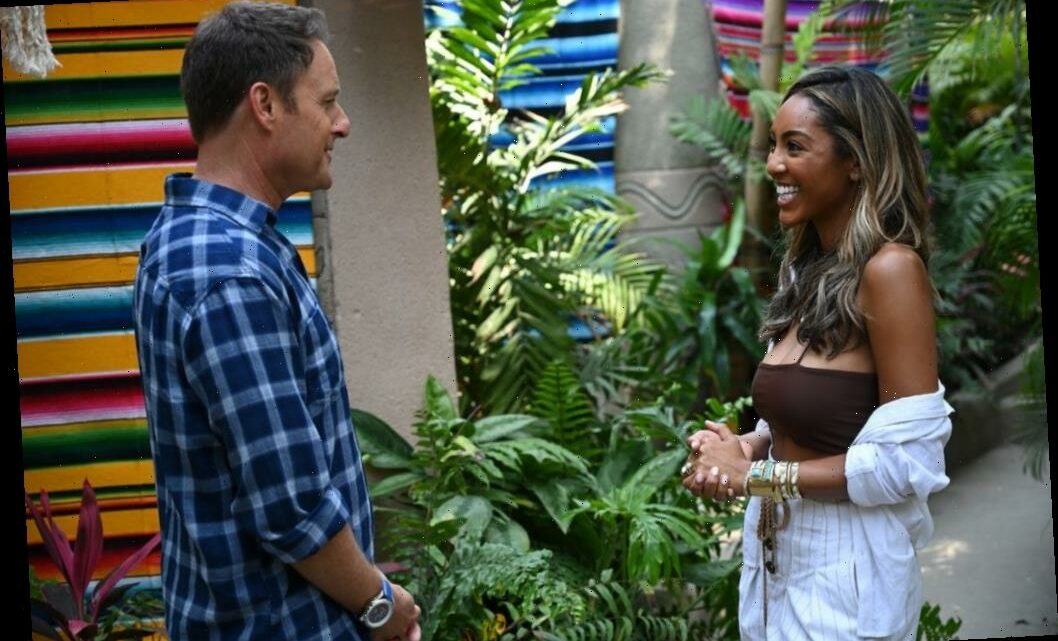 Soon The Bachelorette fans will see how Clare Crawley gets replaced on the show. Tayshia Adams will be taking over for the rest of the season, but the reason why is still a bit of a mystery. Chris Harrison talked about what led to the big switch.

There were reports that Adams was brought in to replace Crawley in the middle of filming the season. However, this wasn’t shown in a teaser for the season until now.

We then see a man packing his bag. This isn’t surprising given some of the guys talked about walking out last season after Dale Moss took most of her time. She also refused to give a rose on a group date after she questioned them about Dale. Week three’s episode ended with Adams coming out of a pool.

She liked tweets claiming she was replaced on ‘The Bachelorette’

Some of the rumors made it seem like Crawley found love quickly and decided to go home. But she recently liked tweets from fans thinking she was pushed out. The tweets also claimed she was being given a bad edit. None of these rumors were confirmed.

Adams was reportedly brought in two weeks into filming. This also calls into question when Adams was being considered as a back-up plan and why someone came up with the idea.

It has long been rumored that Adams comes in to replace Crawley. Harrison talked about what led to this decision.

“We thought this may take a turn pretty early on,” the host told Entertainment Tonight. He claimed there wasn’t a “lightbulb moment” that gave producers the idea there might need to be a change of stars but a “culmination of things.”

Harrison said he noticed things were moving fast, but thought things might settle down. “We thought, ‘Wow, this is really coming to a head quickly,’” he said. “I think our first thought was, ‘Well, this will continue on and it’ll ebb and flow like normal seasons,’ but when we realized there was only ebb and no flow, we thought, ‘We need to look at what we are gonna have to do.’”

So they brought in Adams who was last seen on Bachelor in Paradise. He claimed she was a fan favorite and a favorite amongst producers. Harrison claims next week’s episode is revealing so hopefully fans will see what led to the change.

'RHOC': Gina on the Kelly Boycott, Filming With Her Ex and More
World News