Home » TV & Movies » ‘The Bachelor’ Season 25, Episode 8: Hometowns, or Whatever We're Calling Them 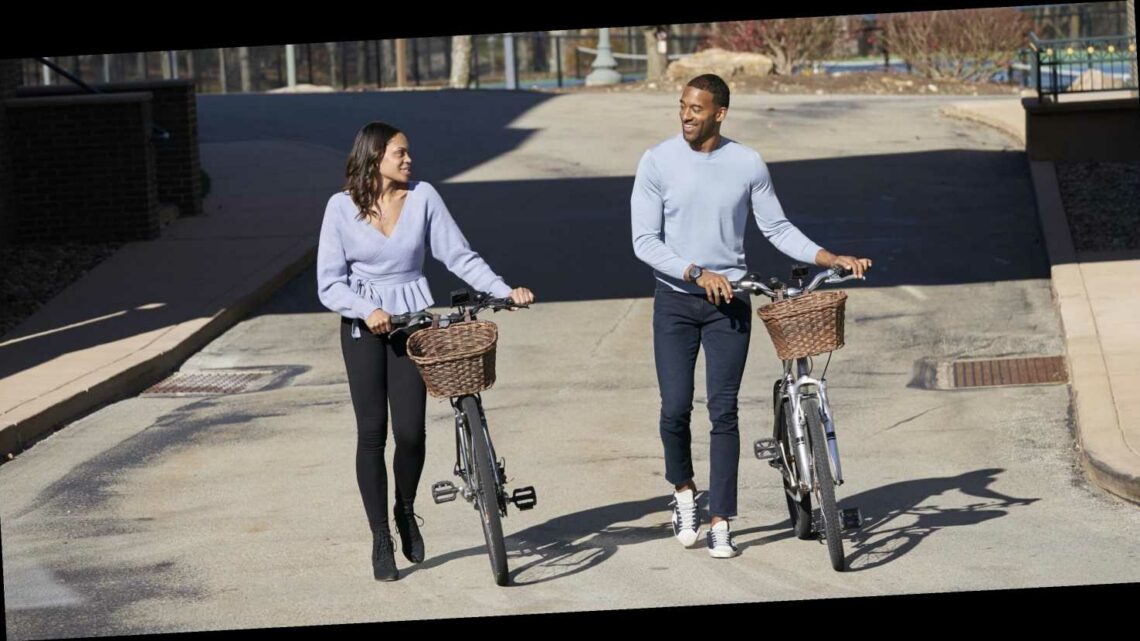 ‘The Bachelor’ Season 25, Episode 8: Hometowns, or Whatever We're Calling Them

Because she’s been there and done that, literally, former Bachelor contestant/tear fountain Ashley Iaconetti is recapping this season of The Bachelor for Cosmopolitan. With insider insight as well as a clear eye for what’s going down both in front of and behind the cameras, she’s got a whole lot to say…and you’re gonna wanna hear it.

This post contains spoilers for last night’s (2/22/2021) episode of The Bachelor.

I think that if Matt was blunt about his experiences this week, he’d probably say Michelle’s hometown date was the easiest, Rachael’s was the most intimating, Bri’s was the date he felt most guilty about, and Serena’s made him the saddest.

The most memorable and emotional scene during this episode for me personally was when Michelle had Matt meet some of her students on a big Zoom screen. Seeing all those kids waving in excitement when Matt and Michelle walked into the auditorium made my heart flutter. The kids asked questions about the status of their relationship and Matt answered them all perfectly.

It seems like Michelle has great relationship role models in her parents, who seem to have a long-lasting, loving marriage. Of all the families, they seemed the least skeptical of the Bachelor process. Michelle revealed to her mom that even though she usually takes relationships slowly, she feels like Matt really could be the one. Michelle’s dad asked Matt what differentiates her from the rest of the girls and he said she has strong convictions and that what she wants to accomplish aligns with his own goals. They both work in making children’s lives richer. I feel like every dad would appreciate hearing that. And as a bonus, Matt said he’d be open to moving to Minnesota. They ended this family visit with a game of basketball. It was the only hometown date I felt uplifted by.

Last week Matt said he was an adrenaline junkie, so I knew he’d be excited to go skydiving with Rachel. It was an exhilarating date until Rachel hit the ground so hard upon landing. You could practically feel her plant into the earth through the TV. This moment is profound for Matt. He said that the idea of her being injured (or worse) put everything into perspective for him. He says he thought, “We’re just getting started.” In my opinion, this is all coded language that translates to say, “You’re my future. You’re the one I don’t want to live without.”

Rachel’s dad, Darrel, was that dad that we see every season. He’s basically like, this is BS and I don’t want to talk to you until you’ve eliminated these other girls. Darrel is skeptical about the speed of the process and worried that Matt is telling the other women similar things to what he’s telling Rachel.

Matt tells Rachel that he didn’t ask her father for permission to take her hand in marriage because he doesn’t want to do that to four families. I think this is so respectable and I’m so glad he’s reserving that special, traditional request for only one woman. It makes me wonder why other Bachelors have asked all the families in the past. I always thought it was protocol for the show. Rachel is bummed out about this, but I don’t know why, because my interpretation of the conversation sounded a lot like, “I’m gonna call him and ask in a few weeks when the others are gone.” Didn’t you guys feel the same?

Bri takes Matt off-roading and for a picnic, which was kind of a throwback to their first one-on-one in which Matt flipped their four-wheeler. Matt is introduced to Bri’s mom. (Side note: I realized I’m closer in age to Bri’s mom than I am to Bri, so that was a bit of a *moment* for me.) Bri’s mom is a bit sassy right off of the bat when she quips that “Matt’s been dating.” Like okay, I get that this is weird, but let’s not shame the Bachelor for doing his job. Your daughter signed up to be part of this. He’s not cheating on her.

When Matt and Bri’s mom sit down to chat, it’s obvious she’s very protective and has similar concerns to Darrel. Matt says that he’s falling for Bri and he sees her in his life. I’m not sure I completely believe this when Bri tells Matt she’s falling for him at the end of the night. He said, “I’m falling in love with you” to Rachel weeks ago! When Michelle said, “I’m falling in love with you” earlier in the episode, he smiled and had light flickering in his eyes. When Bri says this, Matt’s facial expression conveyed something like “Oh, fuck.”

If it weren’t for Serena leaving on her own, I think Bri would have been eliminated at the rose ceremony in this episode. I actually even thought for a second he was going to send her home just to avoid leading her on.

Like I predicted last week, Serena just wasn’t that into Matt. It was evident during their tantric yoga date last week and it continued to be apparent while she was quizzing Matt on Canada trivia and sampling Canadian cuisine this week. During the family segment of Serena’s date, her mom and sister worried that her past relationship was causing her to doubt her present. However, it seemed more simple than that when she sat Matt down and said, “You’re not my person.” Wells Adams once said that saying just that is the best way to break up with someone. It says, I like you, but you’re not my coveted one. Plus, you can’t really fight back on that reasoning. You just have to let it sink in and accept it. Matt doesn’t hide that it hurts, but demonstrates a sense of humor when he says, “Do you want to walk me out?” which would normally be an action reserved for the lead. He then gives an interview in the backseat of an SUV driving back to his house.

I truly feel Matt was thinking in the back of his mind, “It’s okay. I’m ending up with Rachael anyway.” He expresses concern that this could happen with one of the other women and the teaser for the rest of the season has me concerned his fears will become reality! Why is he totally breaking down?! I hope this teaser is just a heart-wrenching moment he has after sending a woman home. Why are the best episode teases always the ones we have to wait two weeks to see?!