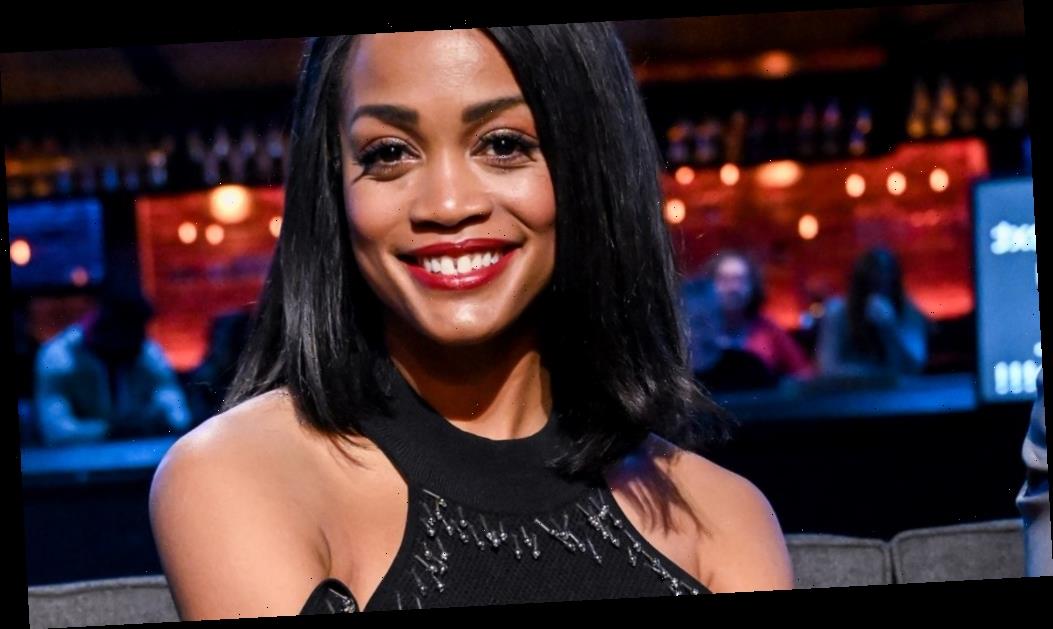 'The Bachelor': Rachel Lindsay on Matt James' Chat With His Father

While Rachel Lindsay is mostly taking a break from Bachelor Nation, she stopped by the Bachelor Party podcast to discuss the latest episode of The Bachelor. The former lead weighed in on Matt James’ monumental conversation with his father, Manny James, in which Matt and Manny talked about the rough patches in their relationship. Lindsay voiced her opinion on the chat and the way it was shown, giving context to a stereotype she believed the show perpetuated.

How Matt James’ conversation with his dad Manny James went

Ahead of Matt’s Fantasy Suite dates, he thought it was important to sit down and have a conversation with Manny. Matt had previously opened up on the show about growing up without his dad present in his life.

In his talk with Manny, Matt expressed that he wanted to resolve his commitment issues and try to avoid making his father’s mistakes.

“When I needed you, you weren’t there to have those conversations,” Matt told his dad. “You started other families.”

Manny expressed that he missed a father figure in his life, too, while growing up.

“I didn’t have that either,” his dad replied. “My father was killed when I was five, Matt. So yeah, I’m gonna take some of that blame for not showing up as a father figure much.”

What Rachel Lindsay said on Matt James’ conversation with his dad

Lindsay addressed the conversation shown between the father and son on the Bachelor Party podcast in the March 9 episode. She started by reminding listeners that she is still on a “hiatus” from Bachelor Nation, but she needed to talk about this scene.

“I am so disturbed at what I just watched take place on The Bachelor stage,” she began. “If you know anything about stereotypes that are assigned to particular races, here, the Black race, you know that ‘absentee fathers’ is a stereotype.”

Lindsay then pointed out the narrative that ABC presented through the show: Matt can’t open up fully until he has resolved his relationship issue with his father about not being present in his childhood.

“Who greenlit this, is the question,” Lindsay asked. “Why are things like this still happening?”

Lindsay said that the conversation should have been private, between Matt and Manny.

“I’m almost enraged at what I saw,” Lindsay commented. “The way that his dad is being presented to us in contrast to his mother. The negative versus the positive. That as well plays into stereotypes.”

She said that the franchise “doesn’t care” about playing into stereotypes. Matt himself expressed disappointment with the conversation airing on television.

What Matt James said about the conversation after ‘The Bachelor’

He reflected on the conversation after it happened. He took to Twitter while The Bachelor aired Monday night to give his thoughts after filming the scene.

“Tonight’s convo with my dad was hard to experience, and it’s just as hard to watch all this time later, especially knowing the world is watching with me,” he said.

The show’s first Black lead then gave context about what made watching the chat difficult for him.

“I just wanted to say that too often, we see dangerous stereotypes and negative depictions of Black fathers in media,” he continued. “And they have consequences when presented without context.”

He concluded: “All I hope is that people watch that conversation with nuance, care, and also an understanding that there are real systemic issues at play. I’m so proud of myself for being vulnerable, and I’m so proud of my mother. I wouldn’t be who I am without my dad. That’s a fact.”

Jameela Jamil Says She Almost Killed Herself Because of Piers Morgan