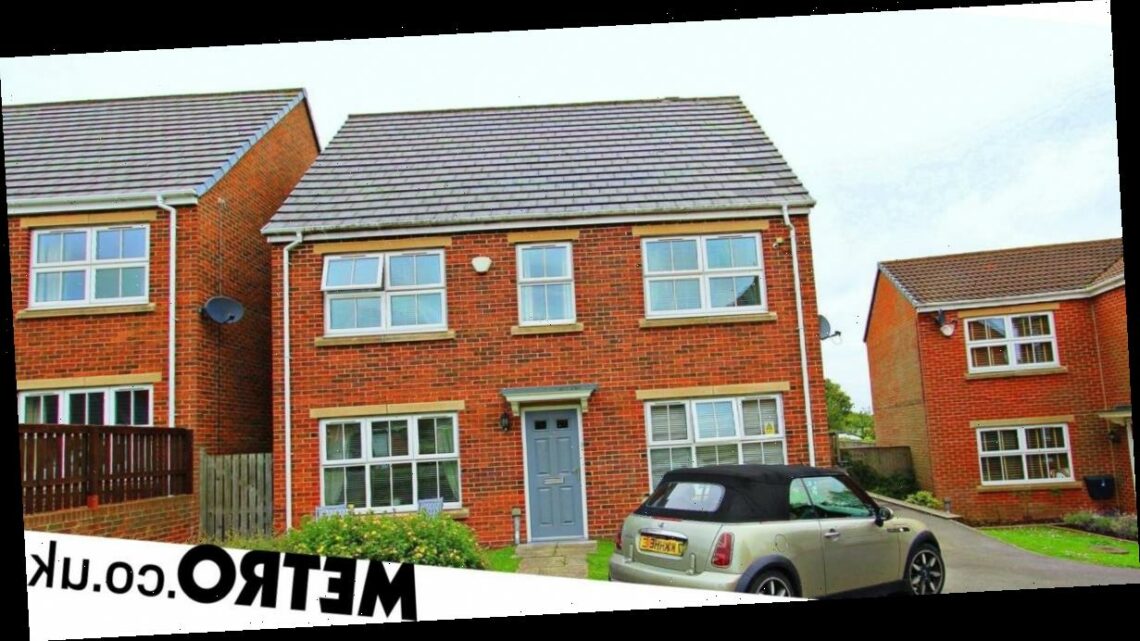 The average UK house costs £235,000. Here's what that can buy across the country

The housing market is having one of its busiest few months for more than a decade, in part boosted by the government’s Stamp Duty cut.

But even before that, there had been plenty of activity.

It’s varied in the regions, with the East Midlands seeing the biggest uplift, with a 4.7 per cent upswing.

According to property expert Phil Spencer’s advice site for buyers, Move iQ, Durham is the city with the best-value homes, with an average price of just under £102,000, despite its high-ranking university and world heritage status.

And London is still the priciest part of England, with the ONS listing the latest average as £480,000.

This impressive detached house is on a development in Pennine View in popular Sherburn Hill, five miles from Durham city centre.

As well as a semi-rural setting and attractive gardens, it has a plenty of space downstairs, with separate lounge, dining room, utility and toilet, as well as a large kitchen, breakfast and family room.

Upstairs, it has four bedrooms, one with an en-suite shower room, plus a family bathroom. There’s a driveway and garage, too.

With bi-fold doors leading on to a low-maintenance, terraced rear garden with patio, artificial lawn and a raised decking area, this extended three-bed semi in Kirkstall Hill is filled with sunshine.

They don’t call it Manc-hatten for nothing.

The city’s skyline is filled with huge cranes in a high rise building boom.

This spacious ninth-floor, three-bedroom apartment in MediaCity’s Michigan Avenue has a large open plan living area, complete with central island to separate the kitchen, plus two large double bedrooms, one ensuite with shower, and a third single room.

The building offers a communal cinema room and gym, and its location in Media City has bars and restaurants on the doorstep, as well as a 15 minute tram-ride to the city centre.

This three bedroom detached house in Smethwick sits in Small Close, a quiet cul-de-sac with a small woodland opposite.

Downstairs it has a separate lounge, dining room, kitchen, utility and downsits toilet, with three double bedrooms upsitairs, one with ensuite shower room.

Just four miles from the city centre, it has off road parking and a garage, and is close to both Smethwick and Langley Green railway stations.

There’s plenty of room for storage, with rooms across three floors, a huge kitchen diner and good-sized gardens at the front and back.

The first floor has three bedrooms and a bathroom, and the converted attic on the second floor comes with a useful storeroom next door.

It’s a short walk to King Park train station, and within easy reach of the M74.

The cash that could buy you the average house elsewhere doesn’t go far in London.

But this one bedroom top floor apartment in Enfield Island Village is well presented and comes with a shared off-road parking space.

It offers a spacious master bedroom with large windows and high ceilings, a light and bright lounge, compact kitchen, and a modern bathroom.

MORE: These are the cheapest areas in the UK to buy a property right now

MORE: A £4million penthouse by London’s gory Execution Dock is up for sale

MORE: Man raffles off £3.2million mansion for just £10 per ticket