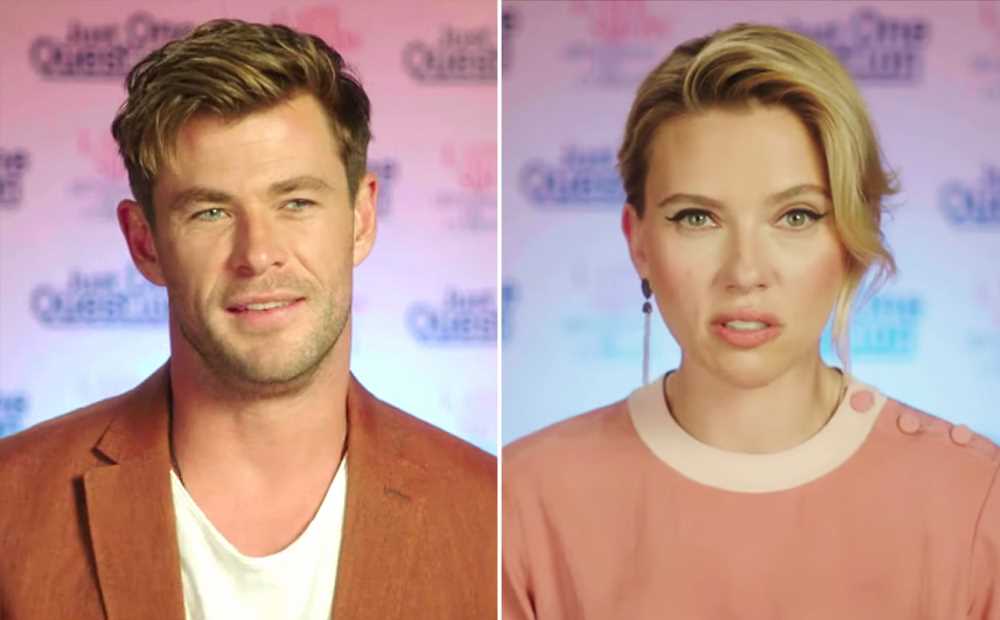 The Avengers: Endgame Cast Answer Burning — and Silly — Questions about Their Characters

Before the cast of Avengers: Endgame returns to the silver screen next week, they’re answering a few very important questions about their characters and what fans can expect from the upcoming film.

Asked what the one superpower she wishes she could have in real life, Johansson — who plays expert fighter Black Widow in the film series — shared that she “would want the power to just get rid of all the garbage.”

“So like a superhero garbageman?” she asked, seemingly second-guessing her choice.

Cheadle also revealed that besides himself, his favorite Avengers character was Iron Man — and for a good reason.

Another standout moment came when virtually every member of the cast was asked to identify the biggest enemy the superheroes all faced.

While many of the actors immediately answered that Thanos was their main nemesis, Evans had a very different answer.

“Honestly, I’d say chafing. If you’ve ever run through an interdimensional portal wearing a skintight bodysuit, you know what I mean,” he quipped.

Of course, several staff members also wanted to get the inside scoop on the characters — and the plot of the upcoming film.

“Marvel is gonna kill me for saying this,” Larson said when asked to reveal a secret about her character. “Captain Marvel says she’s allergic to scallops, but she actually just doesn’t like them.”

And when asked to reveal spoilers, Hemsworth replied, “Well, I could tell you, but then I’d have to kill you. Literally. Like straight up murder.”

However, after the staff member willingly accepted the steep cost of the admission, Hemsworth went on to give him what he asked for — but the answer was significantly bleeped out so all viewers could hear were the words “basically” and “infinity gauntlet.”

Endgame will clock in at three hours and two minutes, making it the longest Marvel movie yet. In a new interview with Vulture, the screenwriters of the film, Christopher Markus and Stephen McFeely, insist it is as “lean” in its runtime as possible.

“It’s exactly as long as it needs to be,” McFeely said. “Any shorter and it would have felt like we weren’t honoring all the threads and franchises that are feeding into this climax.”

The two also faced the challenge of culminating 11 years worth of movies, beginning with the release of Iron Man in 2008.

“Twenty-two movies in, not only has the movie earned its length, but people deserve a movie of that substance,” McFeely continued. “I swear to God, it sounds like a paradox to say this, but it’s a lean three hours!”

Sure, Here's Dwight Howard Singing "Get Low" At Karaoke