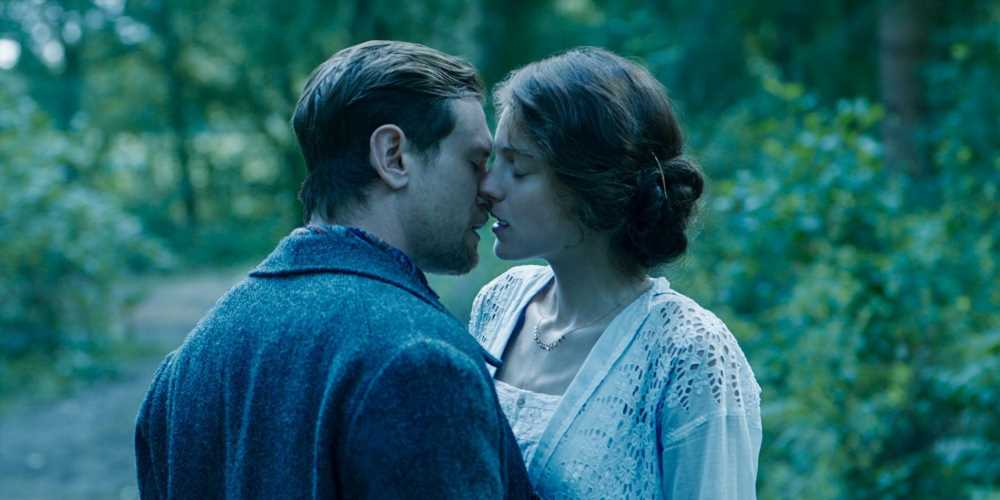 As 2022 comes to a close, it’s time to catch up on the new movies you might’ve missed this year. And, if you’re a fan of romances, you’ve come to the right place. Many new romance movies were released in 2022, from romantic comedies to romantic dramas to… romantic cannibal horror movies that are for only the most brave Timothée Chalamet fans. (More on that later.)

Basically, whatever you’re in the mood for, there’s something for you. Read on to learn about 14 new romantic love-filled movies and where you can watch them.

Emma Corrin stars alongside Jack O’Connell in an adaptation of D.H. Lawrence’s 1928 novel Lady Chatterley’s Lover. The book, which was so sexually explicit it was often banned in the 20th century, is about a wealthy woman who begins an affair with a working class man.

The drama Empire of Light stars Olivia Colman as a woman who works at a movie theater in 1980s England. She begins a relationship with a much younger man, played by Micheal Ward, who joins the theater staff.

My Policeman is predictably about a police officer (Harry Styles), who is married to his wife (Emma Corrin) but begins a relationship with a man (David Dawson). The film follows the characters as they grow older.

Rosaline tells the story of Romeo and Juliet but from the perspective of the woman Romeo ditched during that fateful night: Juliet’s cousin, Rosaline. Kaitlyn Dever stars as a conniving Rosaline, while Romeo and Juliet are played by Kyle Allen and Isabela Merced.

Fire Island is a modern take on Jane Austen’s Pride and Prejudice. Instead of a family of young women in 19th century England, this romantic movie follows a group of gay men who spend their summer partying in Fire Island, New York. Joel Kim Booster takes on the Elizabeth Bennet-inspired role while the new Mr. Darcy is portrayed by Conrad Ricamora.

Horror and romance join together in Bones and All about two young cannibals who fall in love. Yes, really. The highly unusual film stars Taylor Russell and Timothée Chalamet.

Jennifer Lopez returns to the rom-com game with Marry Me. The famous pop star plays a… famous pop star, who learns of her boyfriend’s (Maluma) affair and marries a random guy (Owen Wilson) at one of her concerts. Hijinks and love ensue—you know the deal.

I Want You Back

In this romantic comedy, Jenny Slate and Charlie Day play two people who bond after being ditched by their partners…so they join forces to bring them down. Scott Eastwood, Gina Rodriguez, Manny Jacinto, and Clark Backo co-star.

In the mood for a musical? Peter Dinklage, Haley Bennett, and Kelvin Harrison Jr. star in Cyrano, based on the 19th century play Cyrano de Bergerac. It’s about a man who believes he can never be with the woman he loves, so he helps another man win her affections through his own writing.

You can always count on Downton Abbey to be heavy on the romance. In this second movie sequel to the TV series, the main romantic focus is on the relationship between Tom Branson (Allen Leech) and Lucy Smith (Tuppence Middleton). And, of course, we get to see a wedding.

Yes, it’s another Marvel superhero movie, but it’s also more romantic than most. After all, “love” is right there in the title. Natalie Portman rejoins the MCU as Thor’s (Chris Hemsworth) love interest, Jane Foster, who is becoming a superhero herself.

In theaters and on demand now

You want A-listers? You got ’em. Julia Roberts and George Clooney star in Ticket to Paradise as a divorced couple who ties to stop their daughter (Kaitlyn Dever) from quickly marrying a man she just met during a trip to Bali. Billie Lourd and Lucas Bravo co-star.

Dakota Johnson stars in this adaptation of Jane Austen’s Persuasion alongside Henry Golding and Cosmo Jarvis. Another one for the movie viewer who likes their romances to also be period pieces!