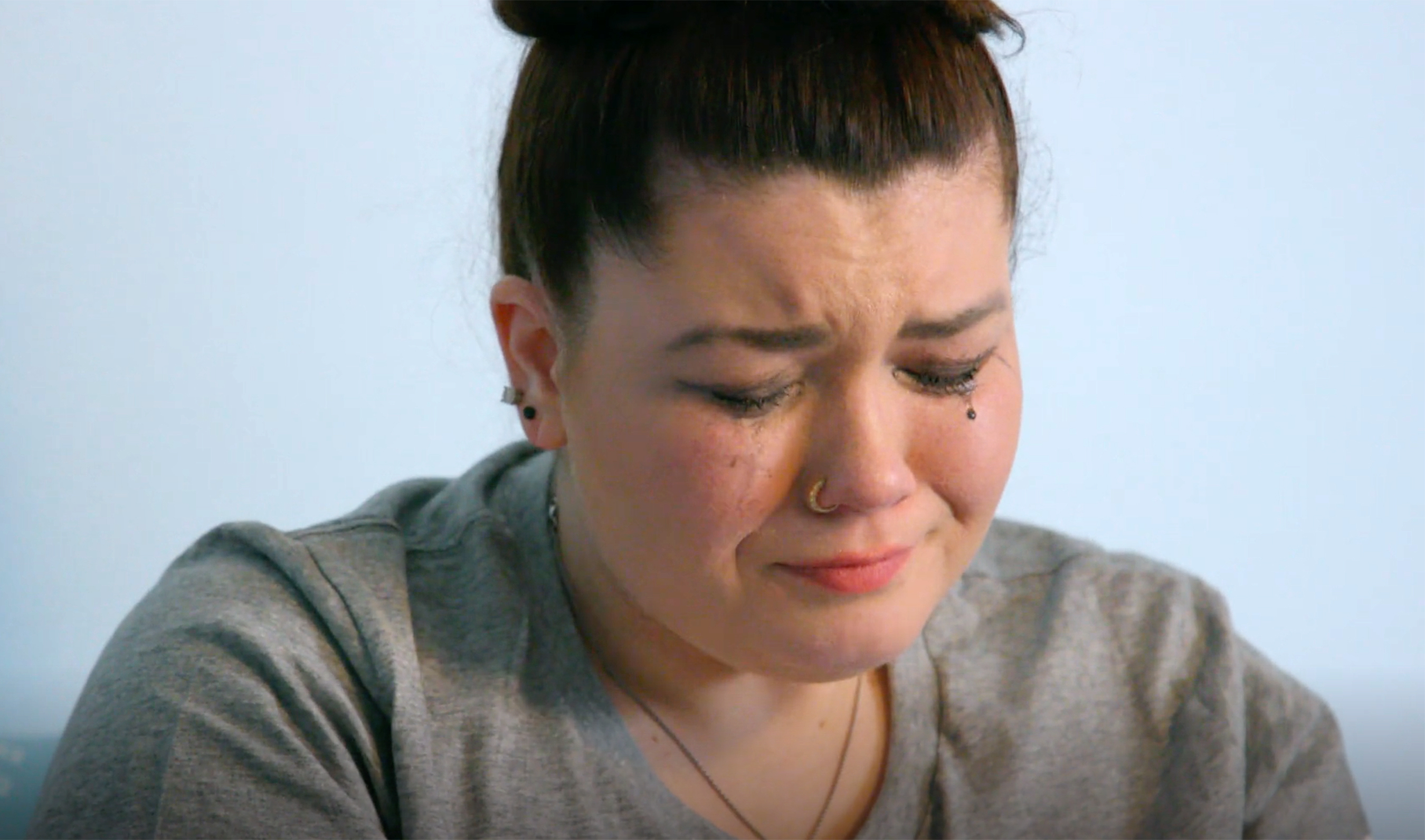 Amber Portwood has been struggling with suicidal thoughts since being diagnosed with postpartum depression.

The mother of two, 28, opened up about her mental health with her cousin Krystal on Monday night’s season finale of Teen Mom OG. She also revealed she was having a hard time with online bullying.

“They can’t accept the fact that I have postpartum in any way,” she said, referring to people online who criticized her parenting. “I just didn’t know what it felt like because I’d never experienced that before.”

Portwood shared that her relationship with boyfriend Andrew Glennon, who is the father to her 7-month-old son James, had also changed.

“Our relationship has definitely been different. We’re not as lovey, we’re not as on each other as we used to be,” she said. “We’re really tired from the baby and we’re stressed out because I’m always unhappy.”

However, her unhappiness ran deeper than stress.

“There was a night that I was waiting for him and James to go to bed so I could kill myself,” she said, beginning to cry. “For some odd reason, [Glennon] could feel it and he’s like, ‘I’m not going to bed.’”

She explained trolls on social media had also called her out for not spending as much time with her 10-year-old daughter Leah as she spends with James. (Portwood shares her daughter with ex-boyfriend Gary Shirley.)

“I have people saying to me, like, ‘Why couldn’t you do this for Leah?’ And it’s like, I was young and stupid,” she said, crying.

Krystal attempted to console her, saying, “Who cares what other people think? Listen, you may not feel like getting out of the house daily and doing things but there’s nothing wrong with that. That’s typical depression, it really is.”

“I’m just at my end,” Portwood said. “I’m literally, I feel like I’m at my lowest right now. I’m not… I have no will. I’m not living for myself at the moment.”

Baltierra, 26, replied, “Just those words scare me. I would love to see you at a place where you could [live for yourself]. But if you really need help, there are places you can go — know that. So you don’t feel hopeless.”

Speaking of her own experience, Baltierra explained she chose to enter rehab because her “suicidal ideation was so bad.”

“It’s real. I just happen to be on a popular show with a mental illness that is real. It’s complete sabotage when you’re called a horrible mom every day,” she continued, referring to online trolls.

Portwood added, “This show has ruined my name. This show has not shown who I am as a person. They don’t show the funny side of me, they show bad mom, they show all that s—, they show the struggle, they show me crying, they show postpartum. So I go, okay, that’s what’s going on in my life so I guess that’s true. I’m over it.”

In November, Portwood tweeted, “I can’t do this anymore. I have to quit this show.“

Following her tweets, she refused to continue filming with MTV per an explanation by the network in the episode that read, “After expressing her unhappiness with the show online, Amber is refusing to film.”

Show producers Larry and David received a phone call from Portwood in which she said, “I think I should separate myself from this show.”

“I just don’t feel like this is right for my life anymore, I think you guys want a certain kind of story that I just don’t want to give you any more,” she explained. “I just feel like it’s very depressing to be on this show.”

When Larry said they could focus on the positive aspects of her life, including her newborn son, Portwood said, “There’s certain things you guys want and I’m not that person anymore.”

“It would be a lot easier to talk in person,” Larry told her.

Portwood replied in anger, “I don’t care! I don’t f——— care. This is my life that you guys plaster all over f——— television that I signed up for. So I’m not going to film right now. I need time to f——— think. If you guys need to do what you need to do on your end then f——— do it.”

In 2017, Portwood said on the show she had been re-diagnosed with borderline personality and bipolar disorder.

In May, the reality star told PEOPLE she was concerned about her depression when she became pregnant, saying, “It was a concern that postpartum was something that could happen because of how I’m doing right now.”

She said she began taking antidepressants during her pregnancy with James.

“I kind of just want to nip it in the bud before anything gets too bad or you go into a really deep depression, which is not good for me right now, obviously,” she explained. “It’s just something you have to do to make yourself feel better, and you have to make sure it’s safe for the baby and just move forward from that.”

Also in the finale, Baltierra continued to struggle with her husband Tyler Baltierra’s decision to live separately for 30 days as they tried to overcome their marital troubles.

Maci Bookout shared a heart to heart with ex-boyfriend Ryan Edwards’ parents, Jen and Larry, about Ryan’s recovery from drug addiction in a rehab facility.

Cheyenne Floyd revealed her growing feelings for the father of her daughter Ryder, Cory Wharton, after hosting a celebration in his honor, while Bristol Palin visited a counselor to learn better ways of communicating with her ex-husband Dakota Meyer.

If you or someone you know is considering suicide, please contact the National Suicide Prevention Lifeline at 1-800-273-TALK (8255), text “help” to the Crisis Text Line at 741-741 or go to suicidepreventionlifeline.org.