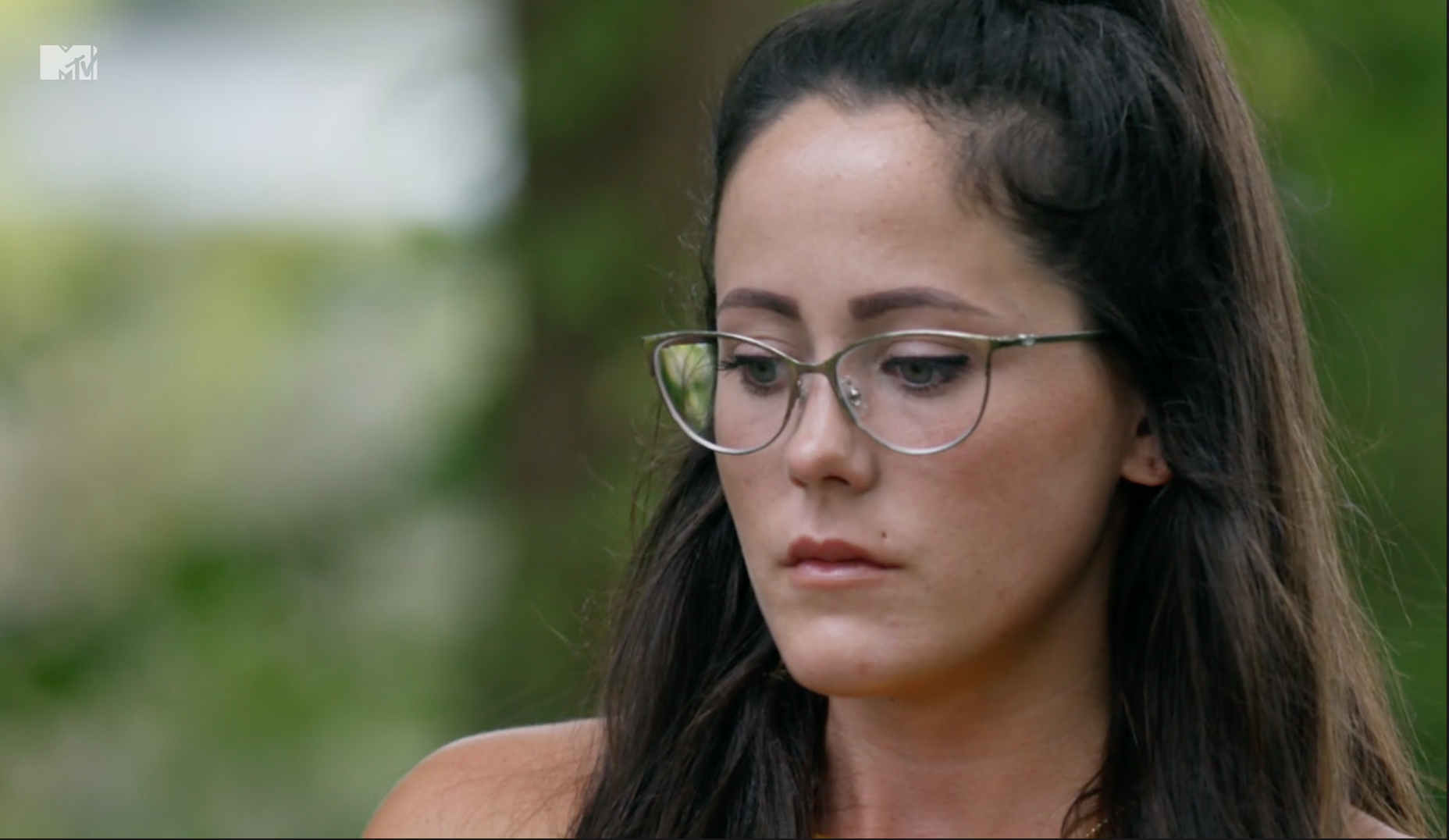 Teen Mom 2: Jenelle Evans Tears Up as She Prepares for Custody Battle Over Son Kaiser

Jenelle Evans is preparing for the worst.

In PEOPLE’s exclusive sneak peek at the upcoming Teen Mom 2 premiere, the 27-year-old mother of three is headed to court for a custody battle involving her son Kaiser with ex-boyfriend Nathan Griffith.

Griffith, 31, claimed he saw bruises on his 4-year-old son and called Child Protective Services on Evans and her husband David Eason, 30.

“A few weeks ago, Nathan had Kaiser for the weekend and found some bruises, so he and his mom refused to give him back to me,” Evans explains to her mother, Barbara, in the clip.

Griffith and his mother had previously filed for custody of Kaiser, which “complicated” the relationship between Evans and Griffith.

“Instead of texting my husband and saying, ‘Hey, did you hit him? Where this bruise come from?’ [Griffith] said, ‘There’s a bruise on Kaiser’s butt, and we reported it to the cops,’ ” Evans tells her mother. “My husband’s like, ‘You’re crazy. I don’t know what you’re talking about. That must’ve been from the Slip ‘N Slide that Kaiser had at his school.’ “

While Griffith eventually returned Kaiser to Evans, the reality star reveals she’s about to begin mediation with her ex over custody of their son.

“Nathan is probably going to use this stuff with the police to try to get more custody or something. I’m going to go to mediation next week and I’m going to be like, ‘So, what’s the change, Nathan, because nothing’s changing,’” Evans says. “Nathan is trying to do anything in his power to try to sabotage my husband and everyone wonders why my husband acts the way he does and freaks out the way he does.”

Crying, the Teen Mom 2 star admits she’s hurt and angry by the way people perceive Eason, who was fired from the show almost a year ago after he posted a series of homophobic tweets referring to gay and transgender people as “abominations.”

“It just pisses me off, the way everyone thinks about David, ’cause he doesn’t do anything wrong, he does everything in his power to make our family happy,” she says, wiping away tears. “For everyone out there that wants to hate on David, David is not a bad guy.”

In July 2018, Griffith filed a motion seeking full custody of Kaiser after the show aired footage of an April incident in which she pulled a gun on another driver for allegedly tailgating her on the highway while her 8-year-old son Jace was in the car. (Neither driver was charged in connection with the incident.)

In the motion for full custody, which requests that Evans get secondary custody in the form of visitation, Griffith claimed Eason is a “violent person who is a danger to the minor child,” alleged Evans and Eason “have drug dependency and substance abuse issues” and alleged “the minor child in question, as well as another of the plaintiff’s children, did test positive for THC at birth.” (Evans, who did not respond to PEOPLE’s request for comment at the time, has previously admitted to testing positive for THC, the chemical found in cannabis, after giving birth to daughter Ensley last year, though she said her daughter did not test positive.)

Weeks later, Evans seemingly lashed out at Griffith on Twitter, though she didn’t identify him by name.

“If you’re so ‘concerned’ about your son why haven’t you [called] him to see how he’s been lately?” she wrote. “Oh yeah, you don’t care. Silly me, I forgot.”