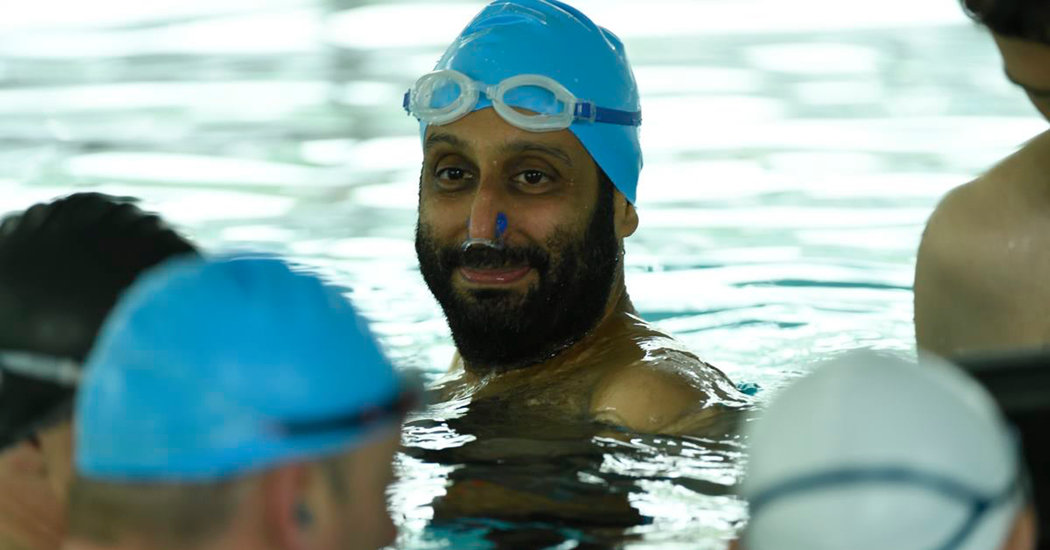 ‘Swimming With Men’ Review: An Amiable Look at Aging Bodies

“Swimming With Men” is a British boys club comedy with a fixation on flesh. Refreshingly in this film, though, it is men of a certain age who are the ones exposed.

Eric (Rob Brydon) is an accountant plagued by insecurities. He nearly ruins his marriage by accusing his wife of cheating, and at the office, he struggles to stand up to his slippery superiors. The one place where he finds rest is the local pool where he swims alone. His despondency does not go unnoticed. The pool is home to a synchronized swimming team, made up of middle-aged men who swim together to combat life’s loneliness.

Recognizing Eric’s depression, its members invite him to join. He accepts and, as the group trains for an international competition, Eric allows his teammates to guide him through the water and to a new sense of self-worth.

Visually, the movie takes after its ragtag team of swimmers. The director Oliver Parker treats the world outside the pool as drab, gray and unmemorable, but shows promising signs of life in the water. The pool scenes provide the film’s comedy, capturing the goofiness of Eric and his team as they contort their floundering frames into tight geometric formations.

“Swimming With Men” makes a point to notice the vulnerability of their flesh — the softness of bellies, the patches of ungroomed body hair, the muscles that strain from underuse. Physiques like these, while familiar, are usually only visible in the mirror, not on the big screen. Although the film has no grand cinematic ambitions, its unsensationalized focus on these aging bodies invites welcome kindness.