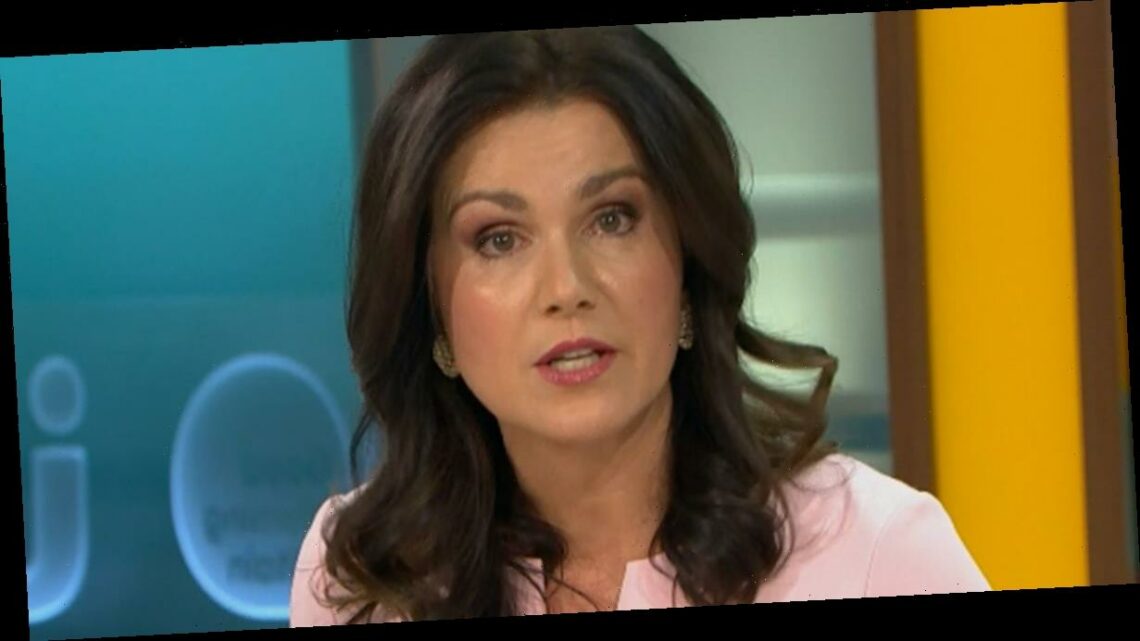 Susanna Reid was seemingly moved to tears on Wednesday morning as she hosted Good Morning Britain for the first time since Piers Morgan quit.

Piers, 55, announced he was stepping down as host of the hit ITV breakfast show after almost six years on Tuesday evening following his comments about Meghan Markle.

Ofcom have launched an investigation into Piers' comments after receiving over 40,000 complaints as he said he "doesn't believe" the Duchess of Sussex was left feeling "suicidal" during her pregnancy with Archie.

His former co-host Susanna, 50, sat alongside 43 year old Ranvir Singh on Wednesday's programme as she addressed the bombshell news that Piers had quit.

She said: "A number of people, of course, will know the news and many of you will not and will be surprised that Piers Morgan is not here this morning.

"Now, Piers and I have disagreed on many things, and that dynamic was one of the things that viewers loved about the programme.

"He is without a doubt an outspoken, challenging, opinionated, disruptive broadcaster. He has many critics and he has many fans.

"You all know that I disagreed with him about Meghan's interview. He, himself, clarified his comments about her mental health on the show yesterday.

"There are many voices on GMB and everyone has their say. But now Piers has decide to leave the programme.

"Some of you may cheer, and others will boo. He has been my presenting partner, Monday to Wednesday, for more than five years, and during Brexit and the pandemic and other issues, he has been a voice for many of you, and a voice that many of you have railed against.

"It is certainly going to be very different, but shows go on and so on we go."

Strictly Come Dancing star Ranvir added: "Well said. That can't have been easy. It's not easy, is it?

"He's a big character, lots of people have got in touch to say this was always on the cards, people are glad he's gone, many viewers will be gutted this morning, because he is… we had our highest ratings on Monday, there's a reason for that.

"We've all been on that ride, you don't call him Marmite for nothing, there's a reason for that.

"We are here, the show is still GMB, we still do our job and we've still got lots to say and lots to debate, but of course for many of you, you will be scratching your heads a little bit this morning and we understand that.

"A colleague of ours has left, so that is a different atmosphere in the studio today, it's a slightly discombobulating feeling for all of us."