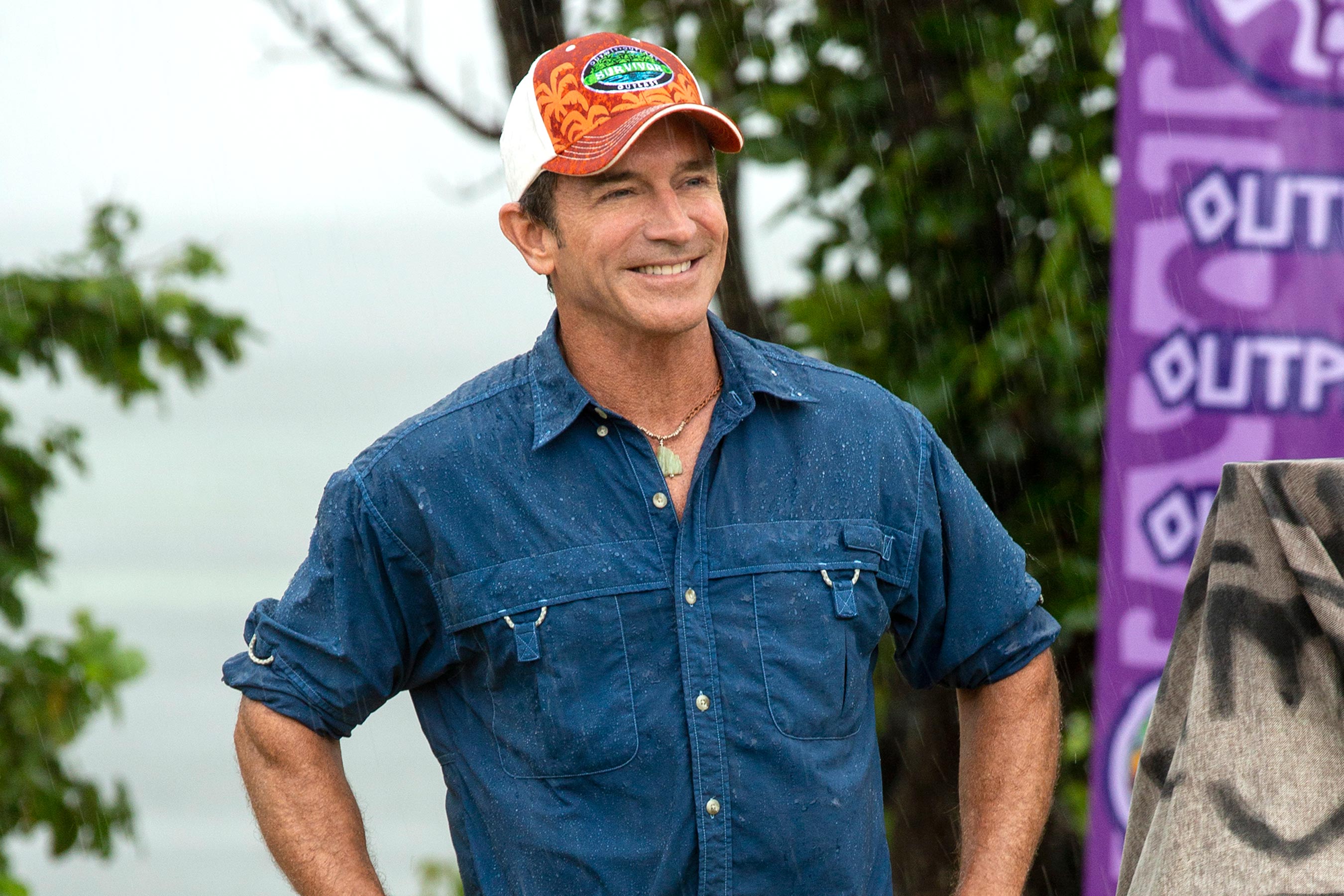 Each week, host Jeff Probst will answer a few questions about the latest episode of Survivor: David vs. Goliath.

ENTERTAINMENT WEEKLY: You love forcing people to make difficult decisions on Survivor, so now I am going to force you to do the same. Which of the loved-ones reunions here this season moved you the most, and why?
JEFF PROBST: Ah, man, I hate this question. I love love, so it’s nearly impossible for me to choose one loved-one reunion over another. But I will. Nick’s visit with his dad was the one that moved me the most, and it centered around the story of Nick realizing how much his dad had sacrificed for the family. From the dad’s point of view, he was just doing his dad duties to keep the family safe. It’s only when you hear it from Nick’s point of view that you understand the heroic nature of what his dad did for his family. Donating blood. Literally giving of yourself to keep bread on the table. That’s about as pure as it gets.

And you could see the power of their bond in how they held onto each other during their time together. Loved-one visits often reveal so much, and I felt in each relationship we learned something about the player that went beyond gameplay. The loved-one visits often remind me that Survivor is about more than a million dollars. It’s also an opportunity to explore the “whys” of your life.

While we’re at it, let’s force you to make another difficult decision: If you had to cast one of the loved ones from back home that just visited for a future season of Survivor, whom would it be and why?
Ah, man, another very difficult question. I had to think a lot about this one, but I’ve made my decision: Davie’s mom is going to be on the next season of Survivor! Okay, not really, but in our fantasy scenario, that’s who I would put on. She was full of love and energy and kindness. She was simultaneously funny and earnest. And, equally important, she didn’t seem the least bit bothered by being in the scorching sun of Fiji. Maybe Blood vs. Water III?

Gabby thinks Christian is getting all the credit for their joint moves, so she wants to build her résumé by getting him out. But that also means eliminating her closest ally in the game, who could protect her down the line. We’ll get more into Gabby’s overall game and experience in a minute, but what did you make of that decision to try to take out Christian?
I have to start by saying I am surprised that some people are down on Gabby for crying “too much.” To those people I say, “Dude, Survivor is hard. You get your raggedy butt out there and try it before you judge others.” Okay, onto Christian. My hunch is that her decision to take out Christian was born more from desperation to make a big, memorable move than it was to make a big, memorable, thoughtful and smart move.

Christian was indeed a strong ally, and had she been successful in voting him out, I’m not sure what her next move was going to be. They seemed like a very strong two, which is why I wonder if it was a bit reactionary and maybe one she’d take back if given the chance. Ah, it’s so easy to backseat-drive when you’re not out there playing. To myself I say, “Dude, Survivor is hard. You get your raggedy butt out there and try it before you judge others.”

As she said herself, Gabby came into this game needing a lot of reassurances. How do you think she grew and changed throughout the course of this game?
I absolutely loved Gabby. I liked her total and complete acceptance of the adventure. She took it head-on. She let us inside her emotions. She wasn’t afraid to speak her mind. She stood up for herself and she tried to make moves. I really hope that she has a takeaway connected to “not needing permission” to do things in life. I also loved her relationship with Christian. They’re one of my all-time favorite platonic Survivor couples. They had a bond that was born so honestly and formed so quickly that at times I had to remind myself they’re not boyfriend-girlfriend, they’re just alliance members. Those kinds of friendships are hard to find. I hope their connection lasts for a long time.

Holy smokes, we have our penultimate episode next week! Tease us up, and tease us up good.
The penultimate episode! It’s a doozy. The great thing about having seven players left is seven is such an unpredictable number on Survivor. So many things can happen. And I can tell you this, after the vote is over and the dust settles… the game is completely up in the air.

Watch an exclusive deleted scene above, and also make sure to read our episode recap. Plus, for more Survivor scoop, follow Dalton on Twitter @DaltonRoss.