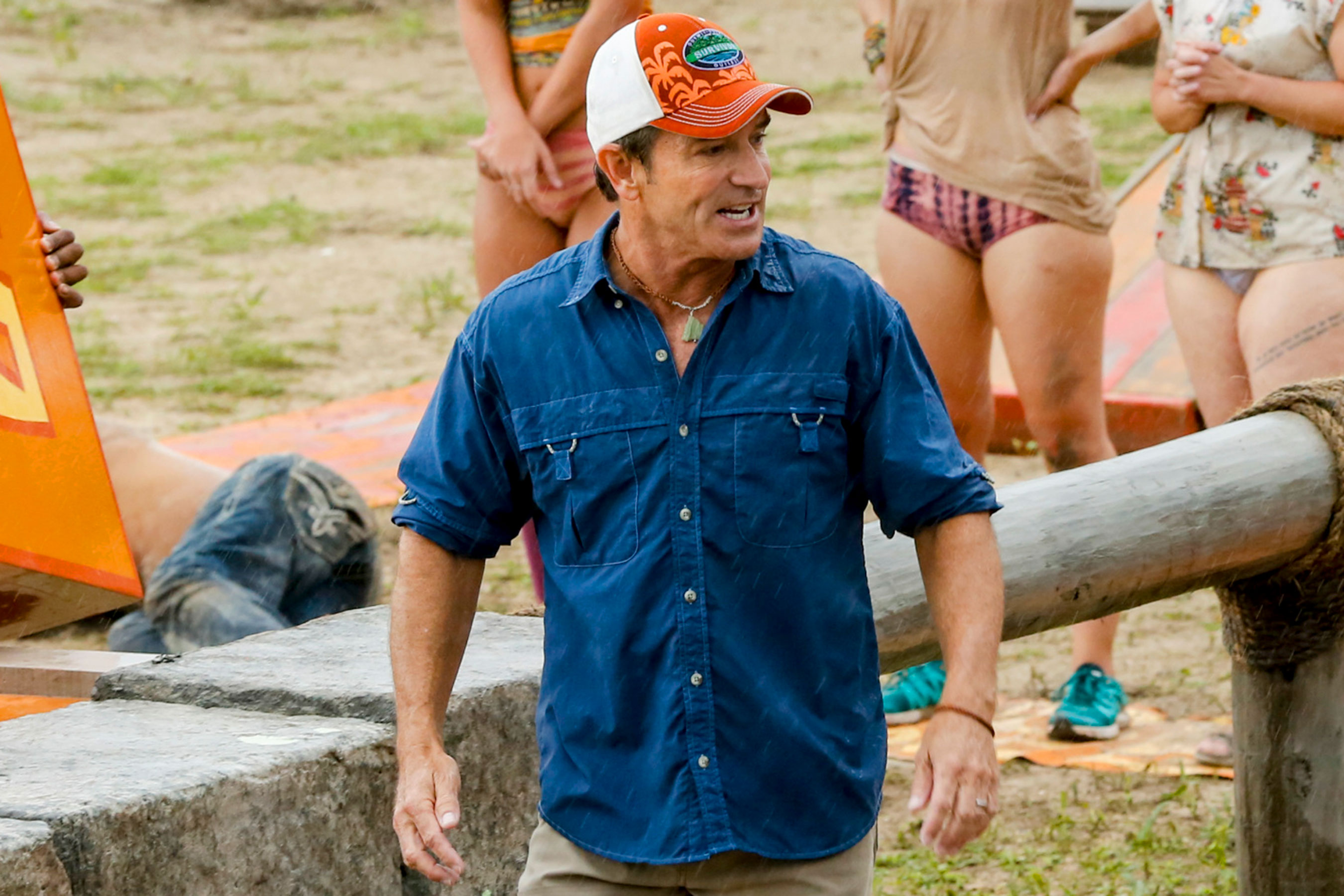 Survivor David vs Goliath: Jeff Probst on biggest elimination of the season

Each week, host Jeff Probst will answer a few questions about the latest episode of Survivor: David vs. Goliath.

ENTERTAINMENT WEEKLY: Davie heads back to the spot of the merge feast and finds an immunity idol for the next Tribal Council only. He can risk losing his vote to extend the powers for more Tribals, but opts not to do it. What would you have done in this situation, sir? Are you a gambler?
JEFF PROBST: The reason I love this dilemma is because it’s situational. It depends your status in the game, where you think the votes are going, and how secure you are within your alliance. Good ol’ Davie! He has played a fantastic game thus far! I think this decision was based more on ensuring he still had his vote at Tribal and not about the idol. But if you put that same opportunity in the hands of a player who is clearly on the outs, then the possibility of extending the power of the idol becomes very enticing and the threat of losing your vote less concerning.

I tend to be a risk taker, and as you know I have always seen Survivor as a game in which you need momentum. You can’t play conservatively and expect to win. Getting to the end if you have no game is Survivor’s version of a participation trophy. Sure, it’s fun to tell people you made it to the final three, but it ultimately holds no value.

I love myself a good endurance challenge, but I also noticed that five of the seven individual immunity challenges have been people lined up and seeing who could hold on to something the longest. Did weather impact the challenges you could do (as can sometimes happen), or did you all make a conscious decision to stage a lot of endurance battles this season?
That’s a great question. There are so many factors that go into what we put into the show. Weather, challenge beach locations, resource management, they all play a part. But I don’t recall us ever consciously saying we wanted a certain number of endurance challenges. I think it just might have played out that way. Then again, I have been here for 356 years, so maybe I’m just losing my mind.

Before we chat about Christian himself, let’s talk about Mike’s big move to finally get him out. So many people have spearheaded efforts to get Christian out before, and they never worked. Does the fact that Mike’s gambit finally worked make this the biggest move of the season so far?
That’s a really interesting way to position it, especially if you are Mike. I agree that getting Christian out was a huge move because he was such a big threat. Mike has done a really great job of recovering from a less-than-favorable first impression. He’s been involved in a lot of votes while still appearing malleable to the ideas of others. He’s also managed to keep relationships alive even after he betrays them, which speaks to his abilities and also the fluidity of the game. We have a killer final six. This game is wide open.

I’m sure there is some sort of mathematical equation to describe Christian’s time on the island this season, but I’m too dumb to understand it. Now that his magical run has finally come to an end, give me your take on him as a player and personality on the show.
Ah, that’s easy. I love Christian. He was amazing on the beach, great at Tribal, and he was a willing collaborator during his interviews. That’s really all you can ever hope for from any Survivor player. And I must add, we had a lot of them this season. One of our favorite groups in a long, long time. And yet Christian still stands out because of all of those beautiful intangibles that make him so root-worthy. The mangy hair, the slightly hunched posture, the consistently inconsistent stammer. He’s a one of a kind, and clearly a very bright and empathetic human. Kids are always the barometer of truth, and kids love Christian. I am so happy he was able to last so long and hopefully fulfill his wish for the adventure of a lifetime.

It’s finale time! While I can’t wait to see what happens, I also don’t want it to end. What can you tell us about next week’s extravaganza?
At the risk of getting ahead of ourselves, I do think it’s a great finale. We have a strong final six. You saw from last Tribal that the game really is wide open. There are lots of variables at play. I’m excited to step on the stage live at CBS and say, “Welcome to the season finale of Survivor: David v. Goliath!”

Watch an exclusive deleted scene above, and also make sure to read our episode recap (complete with updated season rankings). Plus, for more Survivor scoop, follow Dalton on Twitter @DaltonRoss.

Steven Yeun Is Heading to ‘The Twilight Zone’ Reboot