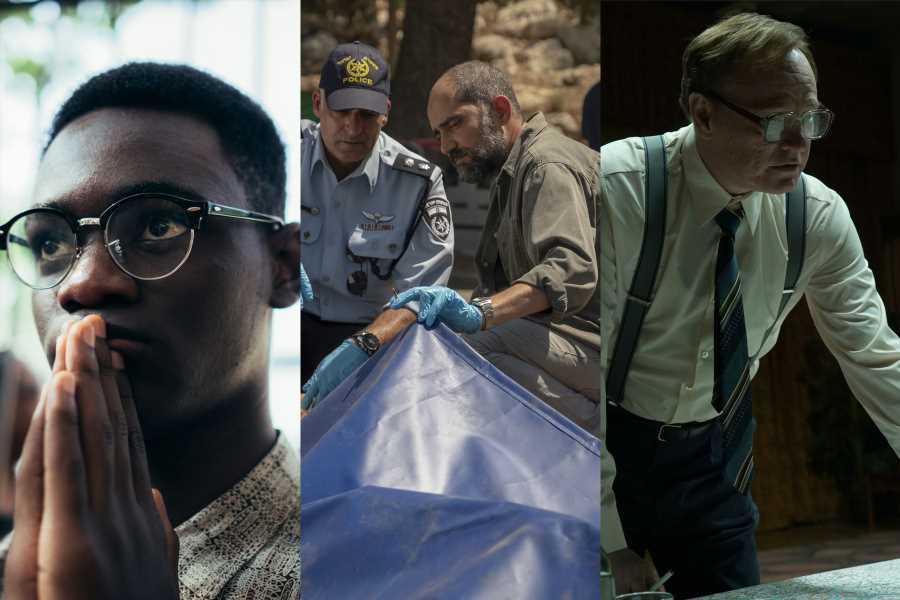 Surviving the Year of Difficult TV

I made it about 20 minutes into Netflix’s When They See Us before deciding I needed to take a brief break from Ava DuVernay’s dramatization of the infamous Central Park Five case. I got some fresh air, ate my lunch, answered emails, and planned to get back to the miniseries shortly.

That was three months ago. I have not watched a second of it since then.

I’m going to finish it, I swear, and probably very soon. DuVernay is a major filmmaker (and I was impressed with her OWN drama, Queen Sugar), and her artistry was clear even in the brief amount I watched. (I made it until Felicity Huffman’s prosecutor Linda Fairstein began laying out all the bogus reasons the rape investigation should focus on all these young black men who were “wilding” in the park at night.) But there was something so oppressive about watching this very real miscarriage of justice play out in scripted form that I couldn’t face it that day, or in any of the days that have followed.

I’ve been reviewing scripted television with difficult subject matter for a long time now. I’ve seen every episode of The Wire multiple times, and risked my own health to recap the darkest Breaking Bad episode ever. I’ve written about fictional (or at least fictionalized) atrocities against all manner of vulnerable victims, from microwaved infants (True Detective Season One) to raped young brides (Game of Thrones, multiple times).

Most of that viewing, and writing, was done when the horrors I was witnessing on my TV felt very far removed from the reality I returned to when the set clicked off. We live in less secure times now. The world is on fire — literally, in some corners. There are inhumane concentration camps on our southern border. Bad guys are getting away with bad deeds everywhere, because their money and/or political affiliation renders them untouchable. With so much real-life injustice on display, these dramatized takes — whether rooted in history or wholly invented — become much harder to sit through.

When They See Us isn’t the only show I’ve been a wimp about this summer. I dropped HBO’s Chernobyl miniseries after watching a single episode, relieved that one of my editors offered to review what appeared like it was going to be a grim march through nuclear calamity. Another editor had to keep prodding me to stick with HBO’s speculative fiction miniseries Years and Years, whose vision of a near-future dystopia in the UK and beyond felt painfully close to the mess we’re all trapped in now. The final season of Orange Is the New Black had a running thread about undocumented immigrants being mistreated by ICE that was as harrowing as anything that series had ever done. And a few weeks back, HBO debuted another international production about tough recent history: Our Boys, a limited series about the 2014 kidnapping and murder of a Palestinian teen by three Israelis that kicked off rioting, military intervention, and other horrors.

Our Boys (its fourth episode airs tonight) features excellent performances, cinematography, pacing, and more. But like all the other shows that have left me feeling timid these past few months, its core is a fundamental problem that is both depressing and seemingly without solution. For Our Boys, it’s the ingrained distrust between Israelis and Palestinians — the way people on each side of the divide can view those on the other as something less than human — and all the violence that stems from it. (This murder itself is committed as retaliation for the kidnapping and murder of three Israeli teens.) For When They See Us, it’s America’s long history of racism, racial inequality, and profiling. For Chernobyl, it is (like on The Wire) the tendencies of bureaucracies and other institutions to care first and foremost about perpetuating themselves, no matter the human cost. And for Years and Years, it’s… well, pretty much everything? (If creator Russell T. Davies were to crowdsource an alternate title, We’re All Fucked would rank very high.) The shows all look at these larger problems through a more specific lens: respectively, this one murder investigation, the Central Park Five rape case and the years of appeals that followed, this particular nuclear meltdown, and the travails of an ordinary British family. But it’s hard to watch any of them for long before the existential despair sets in, especially at this moment in our history when almost every major problem feels on the verge of being beyond solution.

Yet when I forced myself (or, in some cases, let my bosses force me) to keep going, many of these shows offered dramatic rewards to compensate at least a bit for how often they made me want to curl into a ball behind the couch.

By initially bailing on Chernobyl after a single episode, for instance, I didn’t realize that most of the worst of the Soviet obstinacy and self-destructive policies occurred within that first hour. Ensuing chapters weren’t exactly sunshine and rainbows, and they did feature some graphic and depressing ends for some of the meltdown’s first responders. But more often than not, the series told the inspiring story of the many civil servants, scientists, coal miners, and more who risked their own lives to prevent a terrible local tragedy from turning into a global one. It’s competence porn of the highest order: Apollo 13 with grislier consequences.

Our Boys, meanwhile, is fundamentally a crime procedural. There is a historically fraught relationship between many of its characters, but there is still a well-meaning cop (Shlomi Elkabetz’s Simon) trying to find justice, and there is still a grieving father (Jony Arbid’s Hussein) desperate for the same. Neither much trusts the other side, yet the investigative structure and the obvious decency of Simon and Hussein help to balance out the ugliness and bad faith that’s abundant in the action around them. The series so far is just as despairing about the Israeli/Palestinian conflict as you might expect. But it also functions as a mystery, and as a character study for Simon, Hussein, Avishai (an anxious Orthodox Jewish teen who clearly knows more about the murder than he lets on, played by Adam Gabay), and the other people touched by this tragedy. It is not easy to watch, particularly at the measured pace used by the creative team, which includes Hagai Levi (who created the original version of The Affair), Israeli writer-director Joseph Cedar and Palestinian writer-director Tawfik Abu Wael. But there are structural handholds to grab onto when the larger topics and themes threaten to become emotional quicksand.

(It doesn’t premiere until next month, but Netflix’s Unbelievable gets by on a similar principle. On the one hand, it is an unblinkingly sad story about rape and how the criminal justice system can doubly abuse victims. On the other, it’s also a kick-ass cop show starring Merritt Wever and Toni Collette, and the latter makes the former feel ever so slightly less harrowing. And the OITNB immigration stories were surrounded by so many others — some also dark, some fully comic — that the show provided the periodic breaks I otherwise would have needed to take myself.)

Years and Years‘ family stories were usually much less compelling than the series’ chillingly plausible depiction of how the world could continue to fall apart. But in that case, the unity and relentlessness of its bleak future vision proved so hypnotic that my main disappointment was in how the show tried turning optimistic at the very end.

Whenever I brace myself for long enough to return to When They See Us, knowledge of how things eventually (albeit after many harrowing years) turned out for those five men will be helpful, as will the mix of elements from police, courtroom, and family dramas to help frame this very sad, very real tale of just how badly our legal system can go awry.

But I also reserve the right to call my kids downstairs to watch an Animaniacs repeat in between episodes, just in case I need the boost.

Strictly star explains why everyone wants to quit on ‘terrible Tuesdays’