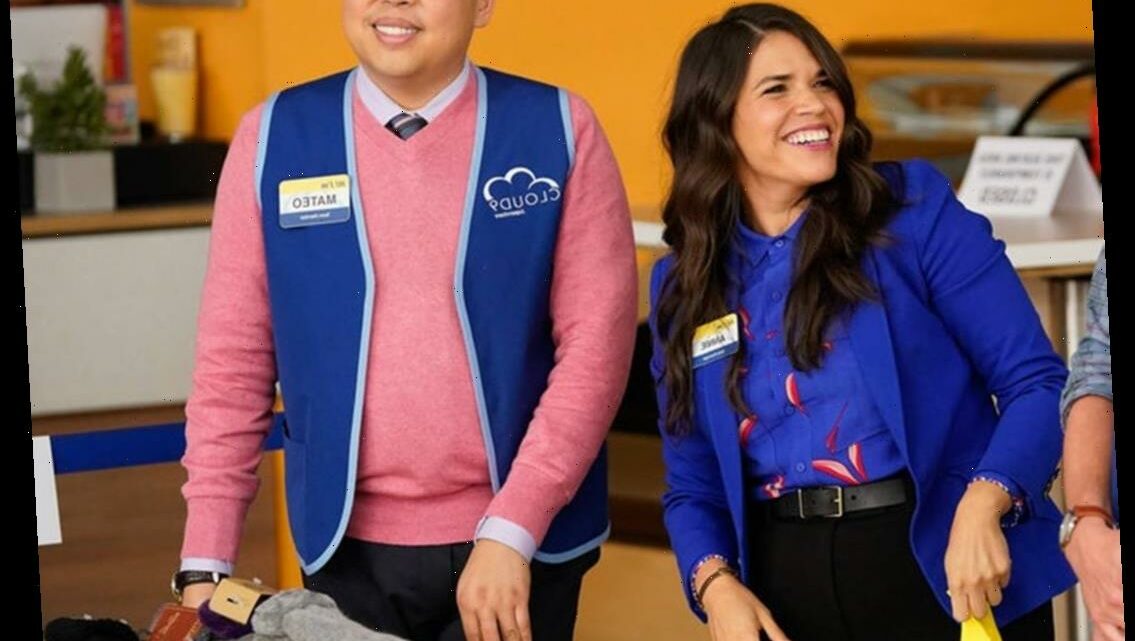 Superstore's Nico Santos On Keeping the Humor Amid the Pandemic Reality

Nico Santos talked to E! News all about Superstore's return for season six and what it was like to return to work during the pandemic. 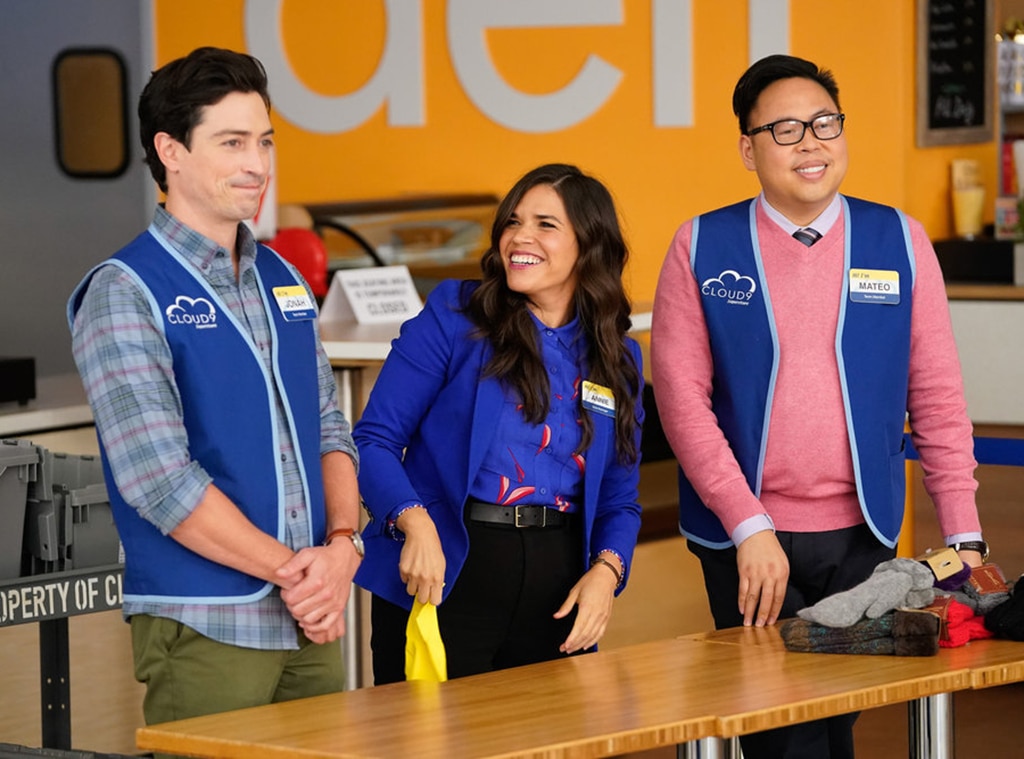 Superstore is back and facing the pandemic head on.

Production on the NBC comedy got shut down in the spring with just one episode left to shoot, and it was a big one. The season five finale was supposed to America Ferrera's swan song as Amy headed off to California with a big promotion, and season six was going to start without her. Plans changed thanks to the pandemic, and Ferrera got a whole extra episode in which Amy had to deal with leading Cloud Nine through the ups and downs of the past few months while the actors themselves also got used to filming their show under very new and very strange circumstances.

E! News chatted with Nico Santos, who plays Mateo, about just how much getting used to it all took.

"It's definitely weird. That is the only way to describe it," he said. "I'm counting my lucky stars that I'm able to work, but it's definitely strange and weird to have to do it with all the new COVID protocols surrounding us. I'm happy, but I'm not gonna lie, it's a little strange."

Like some of the medical shows, Superstore is in a sort of unique position where it makes complete sense for its characters to be directly dealing with the pandemic and to be wearing masks and social distancing on screen—not just because it's a show about people working in a retail store, but because it's a show that embraces the reality of what it's actually like to work in a retail store. The premiere showed Amy fighting to get PPE for her employees while her employees struggled to keep up with the ever-changing messaging about how to keep themselves safe.

"I think that's actually one of the reasons why we were all so excited to really get to work," Santos said. "We're one of the few shows that could really lean into something like this."

Santos said there were discussions with the cast and showrunners about how real they wanted the show to get, and the decision was unanimous.

"We were all just like, we definitely need to address what's going on in the world right now," he said. "Our fans sort of expect us to. I've heard nothing but that on social media, fans saying, 'Can't wait to see how you guys tackle the pandemic.' I'm really proud to be part of a show that can handle things like this."

This Bachelorette Sneak Peek Might Be the Most Dramatic Yet

Santos explained that they wanted to honor the people they're portraying, as well as the other frontline workers in hospitals and other industries.

"These people are out there risking their lives," he said. "It would be in such bad taste if we didn't [address it]."

What we won't get to see onscreen is what the actors had to deal with between scenes. Santos said he felt very safe at work and was surprised by how adaptable everyone was to the new rules about social distancing and the delays caused by keeping everyone as safe as possible. He said it feels "normal" now to wear masks and keep his distance, but there are still those surreal moments.

"We have these crazy like clear essentially dog cones that actors have to wear between sets," he explained. "They don't want to ruin hair and makeup but they also want to protect the actors, so we have a little quarantine area where only the hair and makeup people can [be], and we literally have this thing that attaches to our neck and it's like a little dog cone. We all look like humiliated dogs in a corner waiting for the vet."

"You have to find some humor in every situation," Santos said. "When you look at the reality of things it is pretty grim, but we have to move on somehow and continue operating our lives, so there has to be moments of levity and moments of lightness and moments of humor, so I try to focus on that. If you focus on the other things, it'll eat you up and you'll just drown in it."

Mateo, for example, has one of the more realistic stories on the show. At the beginning of last season, he was taken by ICE and nearly deported for being undocumented and while he's still learning to deal with being known by the government as being undocumented, he hasn't lost his edge.

"Undocumented people don't have the luxury of just opting out of their status. It stays with them 24/7 and I love the fact that on the show there are days where we really lean into it and discuss the challenges of Mateo's status and his life, and there are days where Mateo just gets to be the bitchy mean guy that is sometimes. Even though he went through this crazy thing, he still has a little bit of venom in him."

Santos said that he, like many fans, was "truly sort of worried" about what the show would be like without its fearless leader Amy, but he's not worried anymore.

"It's working pretty well," he said. "We have a wealth of material and a wealth of characters to play with, so all in all, it hasn't been as awkward a transition as we all thought it would be."

Ferrera's final episode will air next Thursday at 8 p.m. on NBC, and then we'll all find out just how awkward or not awkward it will be.

(E! and NBC are both part of the NBCUniversal family.)