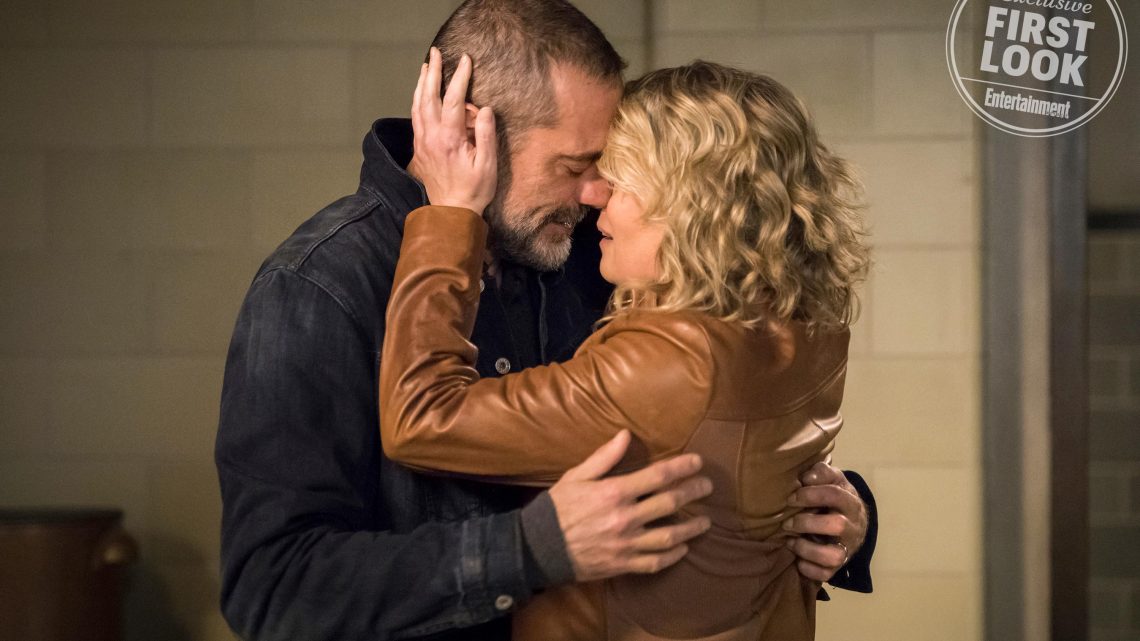 For years, fans have wanted Jeffrey Dean Morgan to reprise his role as John Winchester on Supernatural. After all, he had a lot of unfinished business with his sons, Sam and Dean. But what no one could’ve seen coming is that when John finally returns in the show’s upcoming 300th episode, Mary, the woman whose death launched John’s life of hunting, would be alive. (Thanks for that, Amara.) So now, John and Mary get to have the reunion neither of them ever thought was possible.

EW sat down with Samantha Smith, who plays Mary, on the set of the show’s 300th episode to talk about the hour.

ENTERTAINMENT WEEKLY: What was your reaction to reading the 300th episode script?
SAMANTHA SMITH: I gasped. I was totally surprised but then it made total sense because I thought [John] was going to have to come back at some point, and I thought it would always be the very last episode of the show. I thought I was never going to come back until the very last episode of the show either but the way they’ve done it is so smart because it’s temporary. It has the built-in Supernatural tragic element to it.

What does this moment, getting to see John again, mean for Mary?
I feel like Mary’s been searching ever since she came back and she’s been a little rudderless. Her boys are the only thing that she has left from her old life and they’re not the same either. So this moment is going to set her back is my guess. I have a feeling she’s going to take a hit from this.

The last time we saw you and Jeffrey Dean Morgan together was the pilot. How do you feel Mary’s changed since then?
All of Mary’s appearances, Amy Gumenick’s portrayals aside because that was a whole different thing, were canonized, perfect, ghostly. I call her Nightgown Mary. Except for the one appearance where she was hallucinations where she could be mean and when she was Eve. But Mary was always this particular thing. And when she came back, she was a whole person with flaws and opinions and that was an adjustment but even since she’s come back, she continues to change and evolve rather quickly. I love where she’s come. I love Mary, all of her, even her foibles. It’s tremendous fun trying to keep up with her.

Do you feel like you’re getting to play a different version of her in the 300th?
Yes, happier Mary, because all the Winchesters always have so much weight on them and particularly in this moment, everything’s right in the world for this bubble of time. And John only knows Mary from before so she gets to be that in that moment.

As an actress, what’s it like to see Jeffrey Dean Morgan again?
I’ve seen him a couple times out in the wild at conventions but I haven’t worked with him since the pilot and it was very brief in the pilot. I think I have a little indication in my brain of what it’s like for Jensen [Ackles] and Jared [Padalecki] because I think in their brain, when they, as Sam and Dean, picture mom, it’s me. So when I have been talking about John, [Jeffrey Dean Morgan’s] been in my head, so it doesn’t feel that removed for me.

How do you describe the moment when she first sees John?
It’s very romantic. It’s a very romantic, simple moment. That’s what’s great about this whole reunion of the family — it’s pretty simple so it can go deep.

For more on Supernatural, pick up the new issue of Entertainment Weekly on stands now, or buy one — or all four — of our collector’s covers featuring Jensen Ackles, Misha Collins, Jared Padalecki, and the Winchester family (also available for purchase at Barnes & Noble). Don’t forget to subscribe for more exclusive interviews and photos, only in EW.