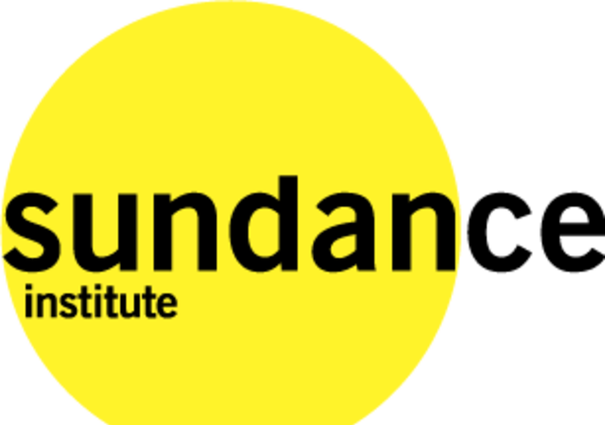 EXCLUSIVE: The Sundance Institute Screenwriters Lab has accepted 15 screenwriters from countries including the U.S., Lebanon, South Africa, Turkey, and the United Kingdom who’ll will bring twelve projects to the Sundance Mountain Resort in Utah from Jan. 18-23.

“We’re inspired by this new group of filmmakers, each of whom brings their singular vision to stories that illuminate the human condition by deploying humor, genre conventions, and unforgettable characters,” said Satter. “We’re committed to building bridges for stories from all parts of the world, and are thrilled to provide a safe gathering space for creativity, learning, and community. Our support will extend beyond the boundaries of this Lab to sustain these artists creatively and strategically throughout their journeys.”

The projects and fellows selected for the 2019 January Screenwriters Lab are:

The American Society of Magical Negroes (U.S.A.) / Kobi Libii (director and screenwriter): Omar, a young black man, is recruited into an undercover society of Magical Negroes who secretly conjure literal magic to make white people’s lives easier. Once he realizes they are using supernatural means to do the very thing he’s felt obligated to do his whole life, he attempts to buck the system and put his own dreams first. Libii is an actor/writer/comedian, currently writing and performing on Comedy Central’s upcoming Klepper. Past acting credits include The Opposition with Jordan Klepper (Comedy Central), Transparent (Amazon), Girls (HBO), Jessica Jones (Netflix), and Madam Secretary (CBS), among others. In addition to his television work, Libii has written and performed sketch and improvised comedy all over the country, touring with Broadway’s Next Hit Musical, One Night Stand and in the Resident Company at Chicago City Limits. Libii has a bachelors in Theater from Yale University and studied comedy at Second City Chicago.

Costa Brava Lebanon (Lebanon) / Mounia Akl (co-writer/director) and Clara Roquet (co-writer): The Badri family lives an idyllic life of isolation in the Lebanese mountains, far away from a country drowning in garbage and pollution. When the government decides to build a landfill right outside their house, tensions amongst the family members explode, revealing the rot was not only outside their home. Akl is a Lebanese director and screenwriter with a bachelor’s degree in Architecture from ALBA and and MFA from Columbia University.. Her short film, Submarine, was in the Official Selection of the 69th Cannes Film Festival (Cinéfondation) and at the Toronto International Film Festival. In 2017, Akl was chosen to represent Lebanon at the Cannes Film Festival as part of the Directors’ Fortnight Factory with her short film, El Gran Libano, co-directed with Neto Villalobos. With Costa Brava Lebanon, Akl completed the Torino Film Lab and
the Cannes Film Festival’s Cinéfondation Residency. The film will be produced by Abbout Productions. Roquet is a Spanish writer and director. She is the co-writer of the films 10.000KM, directed by Carlos Marques-Marcet, and Petra, directed by Jaime Rosales, which premiered at this year’s Directors’ Fortnight. Her short film El Adiós, which she also directed, won the 2016 Student BAFTA, was nominated for the European Film Awards, and was acquired by HBO. Her previous collaboration with Mounia Akl include co-writing the short film Submarine.

Dandelion Seed (U.S.A.) / Ru Kuwahata (co-writer/co-director) and Max Porter (co-writer/co-director): In 1993, Kayo, a Japanese foreign exchange student, finds magic and wonder in everyday things, including those found at Michael Jackson’s Neverland Ranch, which happens to be right next door to her boarding school. When disturbing allegations against Jackson come to light, Kayo’s innocence and desire to belong are tested, as she tries to find her place in this unfamiliar social structure. Kuwahata and Porter are an Oscar-nominated animation directing duo living in Providence, RI. Known for their distinctive mixed-media narratives, their films have screened in over 900 festivals around the world, including Sundance Film Festival, Clermont-Ferrand, and Annecy International Animated Film Festival. Their most recent short, Negative Space, was nominated for the 90th Academy Awards and has garnered 125 prizes.

El Otro Lado (The Other Side) (U.S.A.) / Barbara Cigarroa (writer/director): Set in Brownsville, Texas, during the child migration crisis, Lucy, a low-income Mexican American teen, is confronted with her own need for escape when her father decides to sponsor two undocumented minors for money. This project is the recipient of the Sundance Institute Delta Air Lines & Aeromexico Latinx Fellowship. Barbara Cigarroa is a Mexican-American filmmaker from South Texas. She resides in New York City and holds an MFA in Screenwriting from Columbia University and a BA in English from Yale University. Cigarroa’s screenplay, El Otro Lado (The Other Side), was a featured project at IFP’s 2018 No Borders Co-Production Market. Her short film Dios Nunca Muere had its world premiere at the 2018 NewYork Film Festival, and she was invited to be a member of the 2018 NYFF Artist Academy. Her short film Marta Rosa was also an official selection at dozens of international film festivals, including Austin, New Orleans, and Palm Springs, where it won Panavision’s Best North American Short under 15 minutes.

Farewell Amor (U.S.A.) / Ekwa Msangi (writer/director): After 17 years in exile, Walter’s wife and daughter are reunited with him in the U.S., now absolute strangers. Crammed together in a tiny Brooklyn apartment, struggling to overcome the personal and political hurdles between them, they rely on the muscle memory of Angolan dance to rediscover what has been lost. Msangi has written and directed several shorts, including the award-winning comedy Soko Sonko (The Market King), recipient of the Ousmane Sembene Short Film Development Award. Her most recent short film, Farewell Meu Amor, stars Tony Award-nominee Sahr Ngauja. Her feature screenplay Farewell Amor has been supported by the 2018 Jerome Foundation Grant, Tribeca All Access Fellowship, IFP/No Borders Fellowship, 2018 Cine Qua Non Lab Fellowship, and Joan Darling’s Directors Workshop with mentorship from Keith Gordon.

Goliath (U.S.A.) / Anthony Onah (writer/director): After a brilliant African American scientist discovers a leading pesticide may be harmful, paranoia and rage threaten to consume him as he battles its manufacturer, the most powerful chemical company in the world. Based on a true story. This project is the recipient of the Alfred P. Sloan Fellowship. Onah is a Nigerian American filmmaker who grew up in the Philippines, England, Nigeria, Togo, and the U.S. His debut feature, The Price, premiered at the 2017 SXSW Film Festival in the Narrative Feature Competition, and was released in theaters in November 2017. Onah graduated from Harvard, where he studied biochemistry and neuroscience, then earned an MFA in film directing from UCLA. He was named to Filmmaker Magazine’s list of “25 New Faces of Independent Film” in 2015, and is an alum of the Sundance Institute Catalyst Forum.

Pretty Red Dress (United Kingdom) / Dionne Edwards (writer/director): South London, present day. Travis, a black man newly released from prison, returns to a turbulent home life with his longtime girlfriend Candice and their androgynous daughter Kenisha. The family’s precarious balance is sent spinning when they discover him cross-dressing, calling all of their relationships into question. Edwards is a screenwriter and director. Her short film We Love Moses screened at over 50 festivals worldwide, including the London Film Festival and the Toronto International Film Festival, and has won multiple awards, including Short Film of the Year at the Critics’ Circle Film Awards in 2018. This year, Edwards shadowed director Reinaldo Marcus Green (Monsters and Men) on the third season of the Netflix series Top Boy. She also directed That Girl, a 30-minute drama in Channel 4’s ‘On the Edge’ series.

Story Ave (U.S.A.) / Aristotle Torres (co-writer/director) and Bonsu Thompson (co-writer): After running away from his rough home life, a teenage graffiti artist holds up an unsuspecting old man in a robbery gone right that changes both of their lives forever. Torres is a writer, director, and producer from the Bronx, NY. Torres founded By Any Means, a multi-media artist collective, and directed content for NaS, KanYe West, The Roots, and Ludacris, among others. He produced the feature Are We Not Cats which premiered at the 2016 Venice Film Festival and won the audience award at Sitges 2016. Torres’ short film Story Ave screened at several regional festivals across the US and will have its international premiere at Festival Sayulita in Mexico City in 2019. He recently wrote and directed his third short film, The Chair, a Mandarin thriller shot on location in Taiwan. Thompson is a writer, producer, and Brooklynite. He co-wrote the short film Story Ave, has created digital documentaries (BET.com’s Prelude,) and has helped lead media entities in roles including Editor-in-Chief of The Source, Creative Consultant for MTV2, and Music Editor for XXL magazine.

This Land is Your Land (U.S.A.) / Adrienne Rush (writer): A young aspiring artist tracks down her favorite painter, now a recluse living in rural Michigan, in hopes of becoming his assistant and finding her voice. While slowly gaining his trust and helping to care for his two young daughters, she clashes with a local militia, sparking a violent rupture that threatens her new world and everyone in it. Hailing from Virginia, Rush was raised under a strict “no television allowed” policy. Consequently, she spent most of her college years in a room with an HBO subscription and went on to receive her MFA in Screenwriting from FSU’s College of Motion Picture Arts. Rush has been the recipient of a Humanitas Prize and recently contributed to a forthcoming series for Amazon Studios created by Barry Jenkins.

A Thousand and One Nights (U.S.A.) / A.V. Rockwell (writer/director): An orphan with a mysterious past and the free-spirited hairdresser who takes him in embark on a search for identity and stability in a rapidly changing New York City. Rockwell is an award-winning filmmaker from Queens, NY. Her previous short films include The Gospel, B.L.B., and KIDS. Rockwell has received fellowships from Tribeca Film Institute, the John S. Guggenheim Foundation, and the Sundance Institute. Her latest short film Feathers was recently acquired for distribution by Fox Searchlight and will screen at the 2019 Sundance Film Festival.

Wit Gesigte (Pale Faces) (South Africa) / Chantel Clark (writer/director): In the late 18th century, in the Dutch Cape Colony, the brilliant and rebellious daughter of an exiled Imam hopes to escape her father’s shadow when she is enlisted by a freed slave to teach a mysterious Dutch officer’s children. At his remote estate, the dark secrets underlying the power of the colonial occupation begin to unravel. Clark is a South African director and screenwriter based in New York City. A recent MFA graduate of the Film Program at Columbia University, her thesis film Our Albertinia was awarded a 2018 National Board of Review Student Grant, as well as the first Columbia University/Big Sky Edit Visionary Award. She is also the recipient of a Katharina Otto-Bernstein Thesis Film Fund Grant and was selected for inclusion in the ASCAP Foundation’s 2018 Film Scoring program in collaboration with Columbia University. Wit Gesigte (Pale Faces) will be her feature directorial debut.

Yurt (Dormitory) (Turkey) / Nehir Tuna (writer/director): Forced to leave the comfort of his middle class lifestyle at his father’s behest, eleven-year-old Ahmet is sent to an all-boys religious dormitory where he must navigate familial expectations, his religious obligations, and the childhood to which he so desperately clings. Nehir Tuna is a Turkish screenwriter and director. He has written and directed seven short films, including The Shoes, a prequel to his forthcoming feature Yurt (Dormitory). Yurt has been supported by Nipkow Programm in Berlin and !f Sundance Screenwriters Lab. Tuna is currently in the MFA Graduate Film Program at Columbia University and holds an MFA in directing from Rochester Institute of Technology.