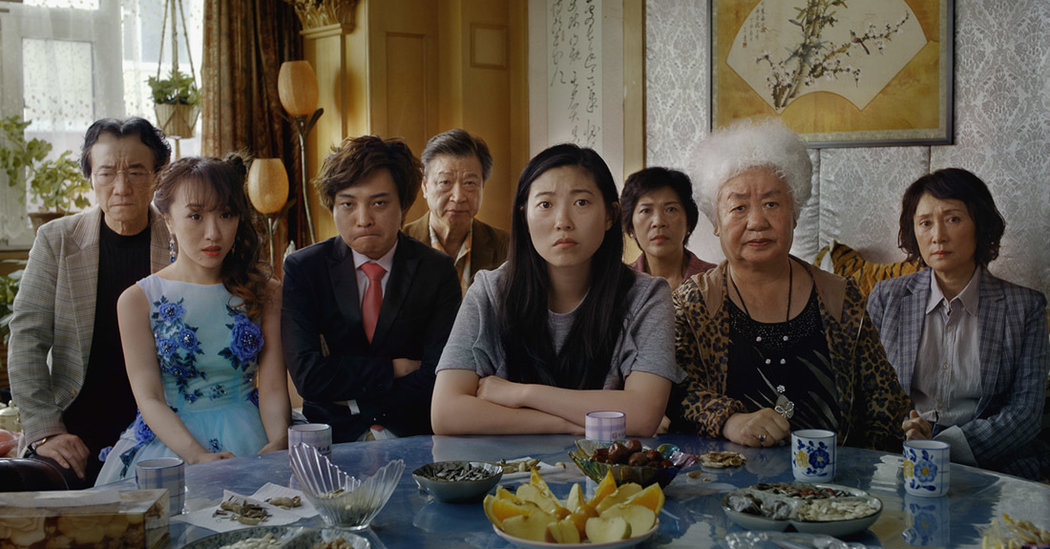 PARK CITY, Utah — Before one awards season concludes, the Sundance Film Festival tends to give us a sneak preview of another.

That’s because the annual festival, held in January, shows smart, independent movies that will go on to help define the next cinematic year, many of which eventually become Oscar contenders. In recent years, Sundance has launched best-picture nominees like “Get Out” and “Call Me by Your Name,” and acting winners like J.K. Simmons for “Whiplash” and Casey Affleck for “Manchester by the Sea.”

So which Sundance entries that unspooled over the last week and a half might go the distance all year?

Amazon spent heavily to pick up some of this year’s most buzzworthy contenders, hoping to recapture the magic of the company’s previous Sundance acquisitions, films like “Manchester by the Sea” and “The Big Sick.” The company’s most complete awards player this year is probably “The Report,” a real-life political thriller directed by Scott Z. Burns that feels almost like the “Spotlight” of American-sanctioned torture.

“The Report” follows a Senate staffer (Adam Driver), whose efforts to disprove the efficacy of “enhanced interrogation techniques” are encouraged by his boss, Dianne Feinstein (Annette Bening), but thwarted by nearly everyone else in government, whether the president is George W. Bush or Barack Obama. Driver, Oscar-nominated the first time for this year’s “BlacKkKlansman,” could repeat for his passionate performance, while four-time nominee Bening may be a contender for her precise, gratifying work as Feinstein. If the film clicks, a best-picture nomination is also in play. 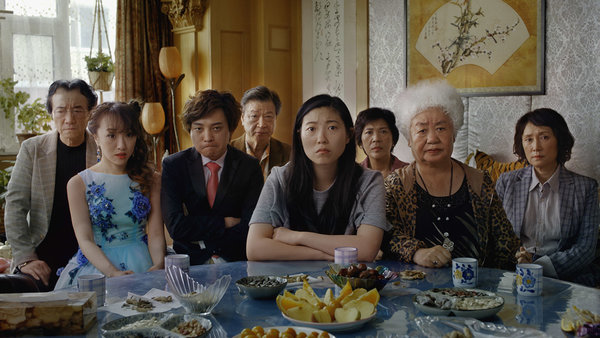 [Our critic shares her favorites from Sundance.]

Hardly a year went by in the early 1990s when Emma Thompson wasn’t up for an Oscar or winning it, and she could have a return engagement courtesy of “Late Night,” a Mindy Kaling-penned comedy that stars Thompson as a late-night talk-show host who has fallen on hard times. Amazon spent $13 million to acquire this crowd-pleaser, which is really a showcase for everything Thompson can do. Kaling, who takes a supporting role in the film, may also be in contention for her script.

Several comedians scored at Sundance with surprisingly full-fledged lead roles, among them the “Saturday Night Live” star Pete Davidson in the male-friendship comedy “Big Time Adolescence” and Jillian Bell in “Brittany Runs a Marathon,” which is about exactly what the title implies. Still, the biggest breakthrough was probably Awkwafina’s: The Asian-American comedian was a scene-stealer in “Ocean’s Eight” and “Crazy Rich Asians,” but with “The Farewell” she adds dramatic dimensions to her onscreen persona.

In “The Farewell,” written and directed by Lulu Wang, Awkwafina plays a young woman who learns that her family has kept her grandmother in the dark about a terminal-cancer diagnosis, believing that it would only hasten the end for this cheery, energetic old woman. Instead, the family goes to great lengths to stage a wedding ceremony that will allow everyone to gather and get one last moment with their oblivious matriarch, and the results are poignant and funny. Both “The Farewell” and Awkwafina deserve awards consideration, and I hope that will extend to Zhao Shuzhen’s nimble work as the hoodwinked grandma.

Other well-received movies may put acting contenders in the mix, like “Clemency” with Alfre Woodard as a prison warden, the semi-autobiographical “Honey Boy,” in which Shia LaBeouf plays a rodeo clown based on his own father, and “Luce,” in which Oscar favorite Octavia Spencer rises above a too-knotty script about the pressures of black overachievement.

More artsy but just as worthy are “The Last Black Man in San Francisco,” a gorgeous gentrification parable that evokes “Beasts of the Southern Wild” and “Ghost World,” and “The Souvenir,” a takes-its-time mood piece about a film student and her drug-addict boyfriend, starring Tilda Swinton’s daughter Honor Swinton Byrne.

But when it comes to awards season, where Sundance really excels is in launching documentaries. That Oscar race is usually led by quite a few Sundance premieres, and I’d expect some of this year’s entries to include the space-mission documentary “Apollo 11,” and both “Where’s My Roy Cohn?” and “David Crosby: Remember My Name,” a pair of biopic breakouts snapped up by Sony Pictures Classics.

The most formidable documentary contender of them all, though, may be “Knock Down the House,” a galvanizing study of four female candidates for Congress that had the good fortune to select as one of its protagonists Alexandria Ocasio-Cortez, the political star of the moment. The director Rachel Lears followed Ocasio-Cortez around before anyone knew her name, and this intimate, fly-on-the-wall footage of a candidate growing into her power is astonishing. Netflix picked up the movie, so expect the streamer to be a major player in next year’s Oscar race, too.

When America gives up on Afghanistan, its women will pay