Home » TV & Movies » Strictly’s Shirley: That ‘disagreement’ with Anton, my toughest week yet, and my prediction for the final 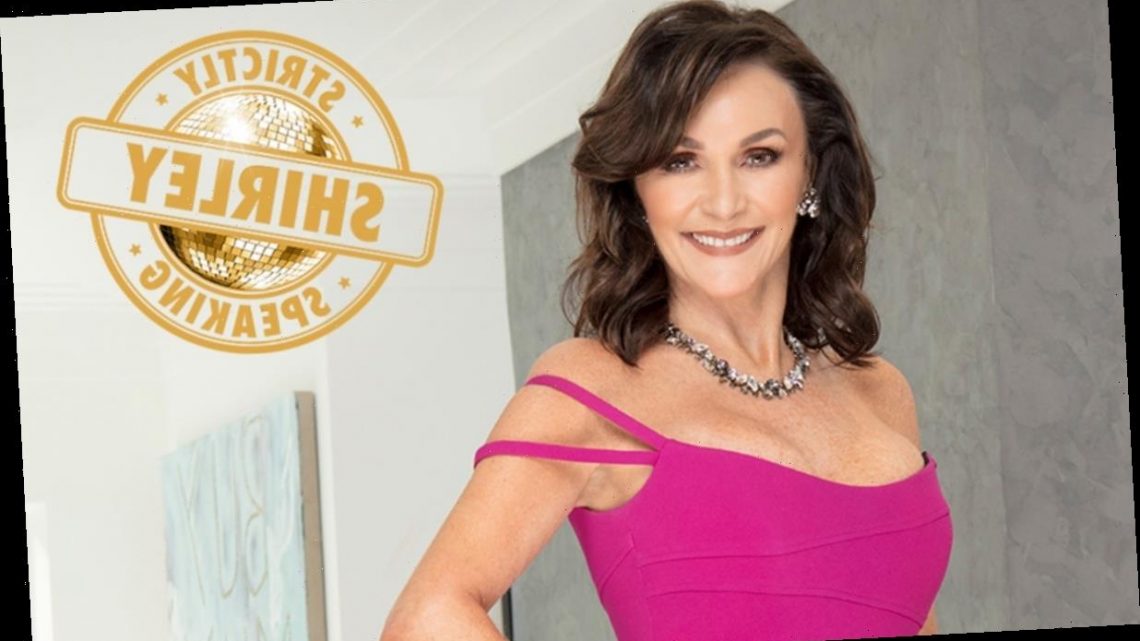 Strictly’s Shirley: That ‘disagreement’ with Anton, my toughest week yet, and my prediction for the final

Strictly Come Dancing brought a night of mixed fortunes on Saturday, with Chris and Karen getting Ready to Rhumble (and snagging their highest score so far) while Anton and Emma's Rumba failed to set the dancefloor alight. HELLO!'s Strictly columnist, Head Judge Shirley Ballas, exclusively reveals what she thought about Anton interrupting her critique, how she felt following her implant removal operation earlier in the week and who surprised her the most this week. She also gives her first prediction for which celebrity we might see in the final (!) – read on to find out more…

I was back on set just four days after my operation, which was probably the toughest thing I've ever done. I was really focused before the surgery, but just before they wheeled me into theatre, I turned and saw my boyfriend Danny had a tear in his eye, and I got a bit emotional too. He was there when I woke up and then I came home and my mum took care of me all week. My son Mark is in L.A but I felt like he was here, he kept calling me during the show on Saturday to make sure I was hydrating!

The BBC have been absolutely marvellous, and the other judges have all been so sweet, especially Bruno, who was really lovely. I'm used to getting dressed up so that made me feel a bit better and my dresser Alexandria and Jane who does my hair kept things simple for me. It was tiring, though. I came straight home, got changed and went to bed.

Emma and Aljaz left this week and thankfully, I didn't have to make that choice because the other three judges had all decided and I agreed with them. I thought she and Mike were at a similar level but his Charleston was a bit exciting than Emma's Samba. In the dance-off, Mike raised his game and was so calm. Katya missed a step and wasn't in the right place to go on his back and she was extremely upset, but it was amazing how Mike saved it: he did a quick shuffle to get her onto his back and carried on like a true professional – you've got to give brownie points for that.

Overall, though, Emma Weymouth was absolutely marvellous and Aljaz took this non-dancer a long way. I had a bit of a sad tear to see her go and everyone was crying over Will having to leave because of his injury. He brought such joy to the show and I'll never forget his contemporary dance and the message that sent. It was lovely to see him sitting in the front row supporting his Strictly family on Saturday. I know he must have been hurting inside because he just loves to dance but he's got friends for life there, we all love him and appreciate everything he and Janette brought to the show.

I think Karim gave us one of the strongest openings we've ever had. He looked like a true ballroom dancer when he came down those stairs and was totally focused. His timing was exquisite he did some really beautiful Charleston steps and Pendulum swings. I gave him a seven last week so I was pleased to be able to move him up to a ten. He clearly worked hard and Amy's choreography was like a candy store, there was something for everybody.

Kelvin and Oti's Viennese Waltz just needed a little bit less rise and fall, so it was flatter. With the fleckerl, over six steps you need to make as many revolutions as you can but his looked a bit stationary. But he's still one of the top dancers and if he continues to show improvement he for sure has to be in the final. That's my first prediction! It's not about getting a ten every week, it's about listening, paying attention and having consistency.

I absolutely loved Michelle's and Giovanni's dance, it was a twist on the Paso having them both be matadors and I thought the role reversal really paid off, it was amazing. Chris also proved he has the ability to move his feet and keep up with Karen, he reminded me of a real street performer. He's gone up in my scores from a three to a nine, so that street commercial style really suited him. He got low marks last week, but the audience saved him and on Saturday he proved they'd got that right.

Who shocked me the most was Alex. In week one, I gave her a five for her Quickstep and to come back this week with that American Smooth was nothing short of miraculous. Of course, there are always things to work on and she's got to improve her line and get a bit more elegance in her lifts, but it was amazing, especially as she had to temporarily switch partners. Kevin and Neil are both fantastic teachers and Alex is an incredible student, she listens and takes on board everything you say. We’re hoping Neil will be back next week, but it's been phenomenal for viewers to see a young lady able to switch from one partner to another – it proves it's fun to dance with different people!

After the show on Saturday, I was wondering who would be in the dance-off because the scores were all pretty even. Emma and Anton were at the bottom of the leaderboard, which shows that voting for your favourites can save them. Anton had a bit of a disagreement with me, but I was just trying to help. Emma is elegant with beautiful legs, she's got everything going for her, but unfortunately the phrasing was off and the timing was not up to scratch for week seven. I gave her an eight last week and two weeks ago I gave her a nine, so she has had high scores from me and I DO NOT HAVE ANY FAVOURITES.

It was a bit of a heated moment, but Anton is a wonderful, wonderful man and very affable. I understand that emotions run high when people are working hard but it wasn't a spat and I wasn't offended because I know his heart's always in the right place. What I would have liked to have said was that we have another potential great dancer in Emma, she just needs clear footed steps, the correct timing, and the sky's the limit. I know some people always want to make a big deal out of these things but it really isn’t one.

It was important to me that I was there because I want to be consistent and for the show to be consistent, and I thought it was another great week. I'd like to add a huge thank you to everybody who sent me flowers, cards, and DMs. I really appreciate the beautiful messages and people sharing their own stories and journeys with me and plan to reply to everyone in the next couple of weeks. There's always going to be some negativity when you're Head Judge but when it's a tough week it really is nice to get such wonderful feedback.

I also want to thank the audience for voting to save your favourites from the bottom two every week. If one of them went home, I'm sorry for that, but somebody has to go. We're going to have three in the final now so it will only get tougher.

Come back next week to see what Shirley thought of week eight!