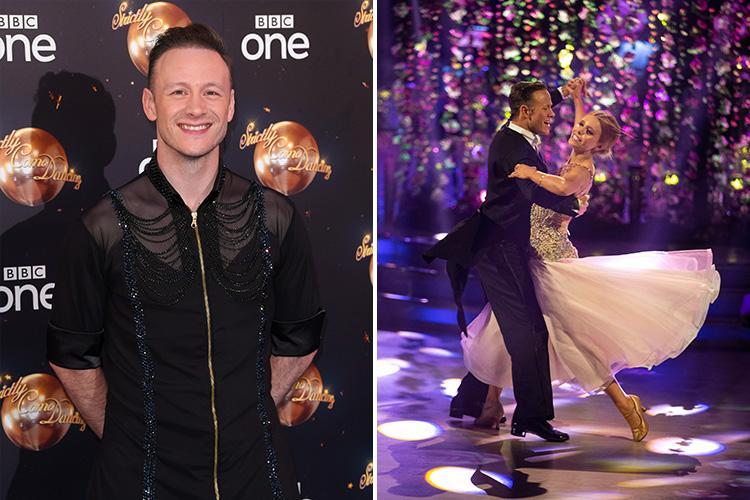 The 36-year-old star shut down reports he'll be hanging up his dancing shoes on Twitter last night and assured fans he's "not going anywhere". 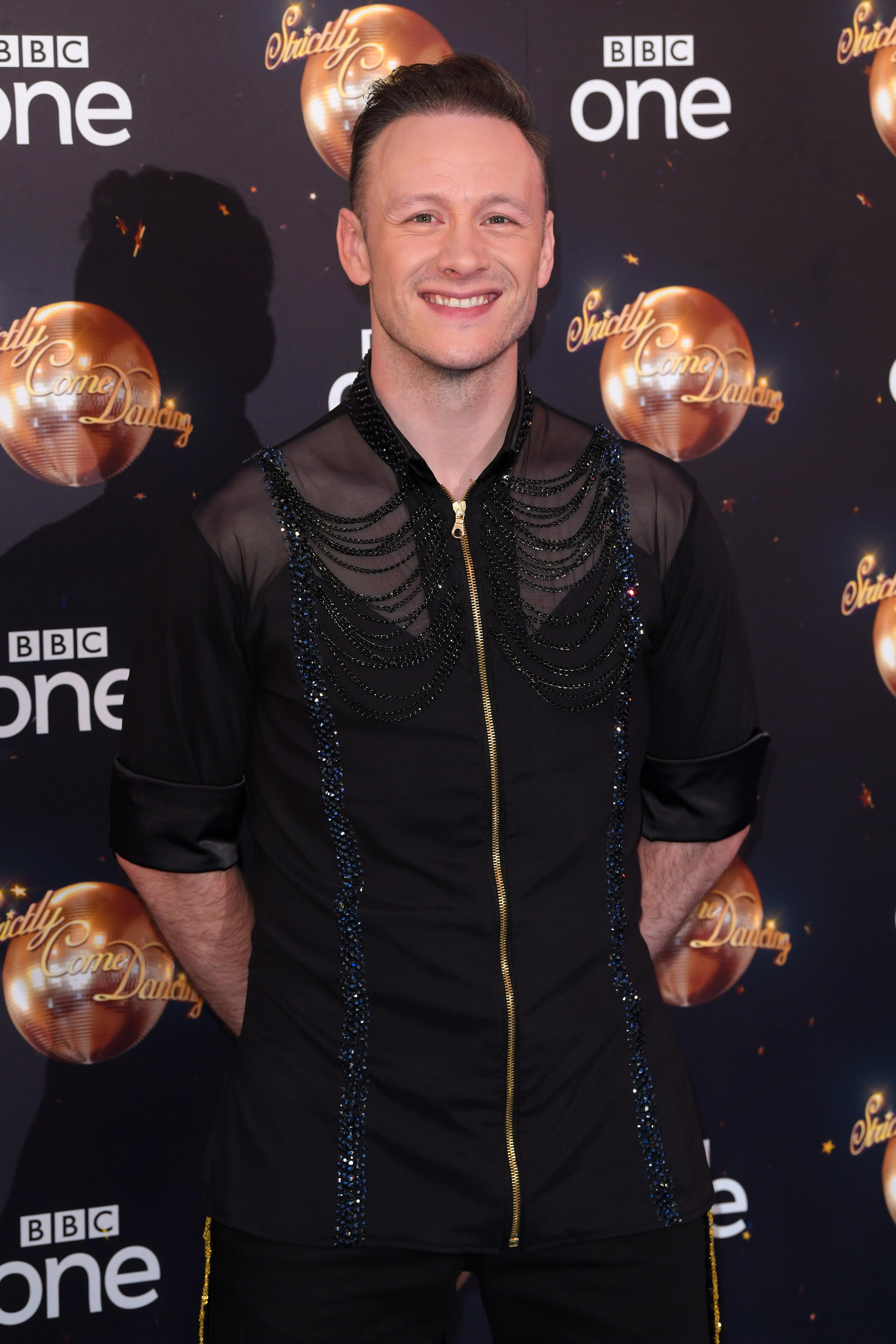 "Absolutely no plans to leave @bbcstrictly . No idea what this is about," he told one concerned viewer.

Another fan wrote: "@keviclifton please say it’s not true, @bbcstrictly would never be the same without our King Kev… please do not leave."

Once again clearing up the confusion, Kevin responded: "Course it's not true. I'm not going anywhere as long as they still want me."

Backstage sources revealed to The Sun on Sunday that Kevin had told fellow dancers that he would leave the show after next weekend's final, amid tensions with his estranged wife Karen on set. 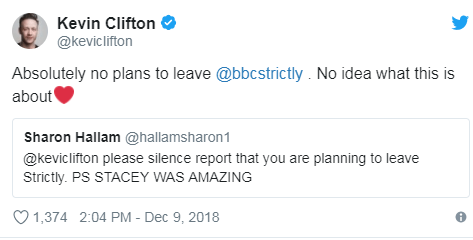 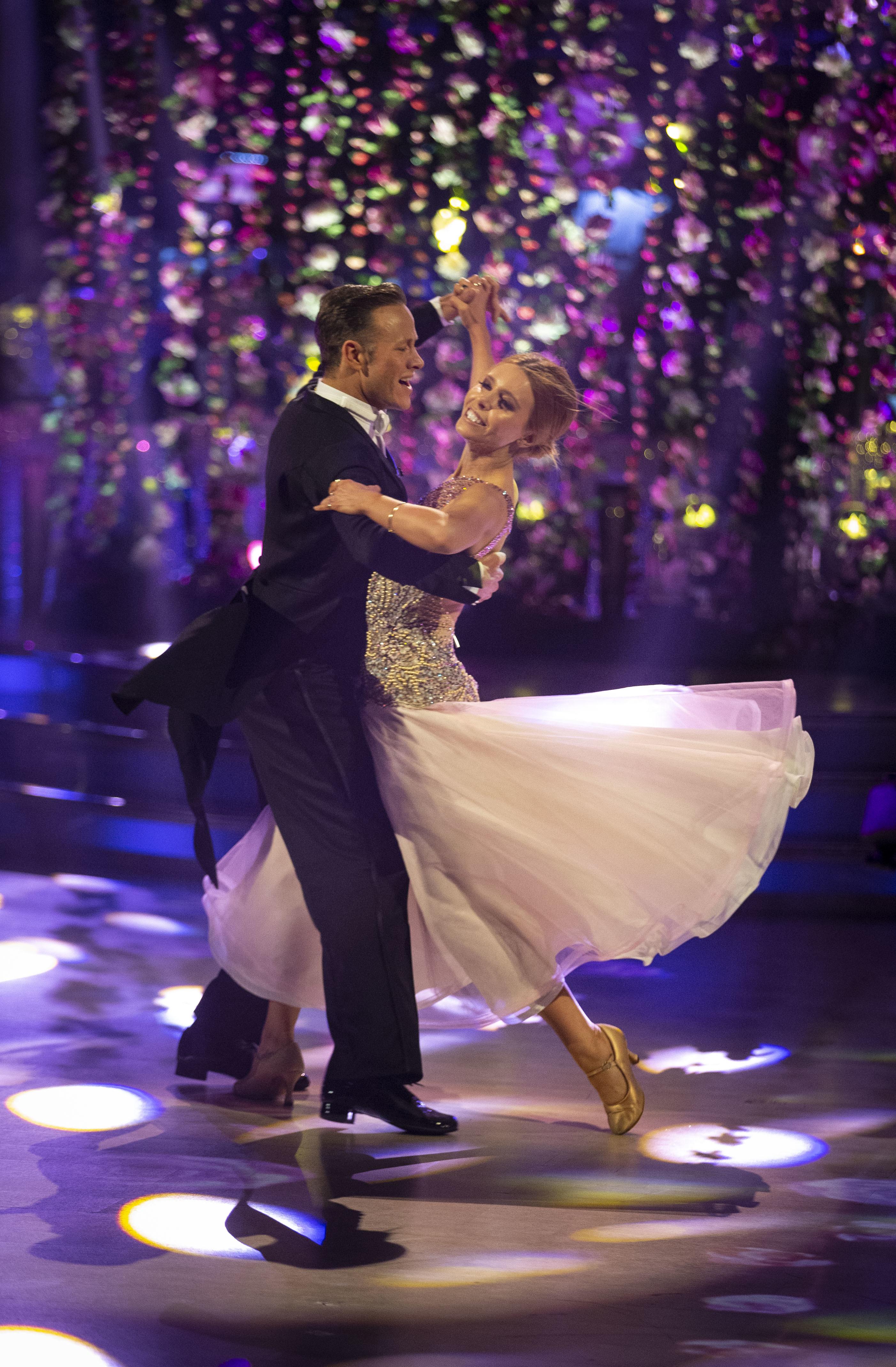 An insider dished: “Kevin has been overheard backstage saying he feels the time is right for him to move on and that winning the contest won’t weigh heavily on his decision.

“He has absolutely loved his time on the show and the opportunities that it’s given him but he is getting itchy feet and there’s still tension with Karen.

"While things are slowly getting more civil between them, it’s not exactly fun spending time around your ex.”

During his time on Strictly, Kevin has clocked up four consecutive final spots and seventh place with partner Susan Calman last year. 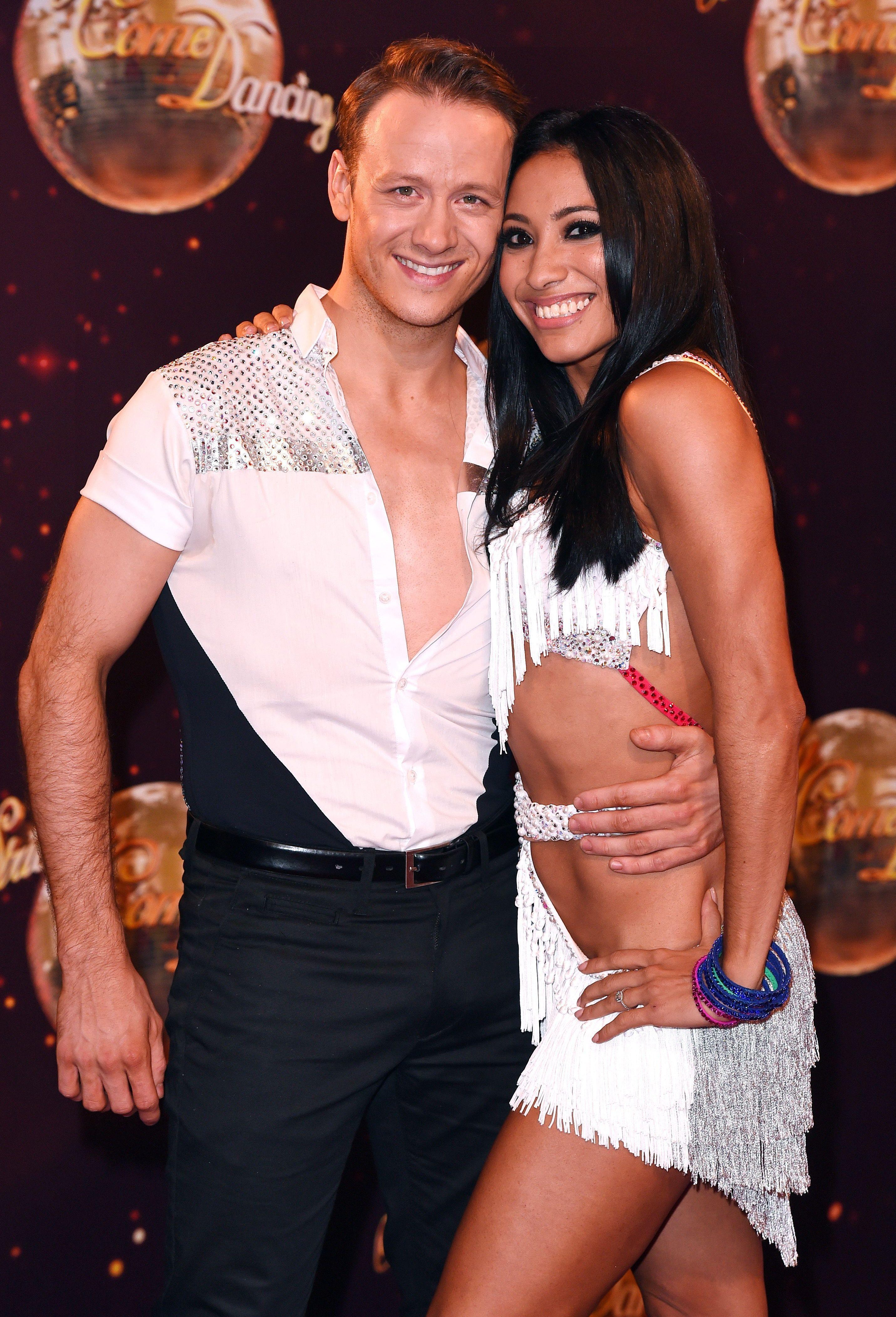 And the dance pro once again breezed into the finals with his documentary-maker dance partner Stacey Dooley last night.

The result meant Ashley Roberts and Pasha Kovalev and Lauren Steadman and AJ Pritchard were left to battle it out in the dance-off.

In the end it was former pop star Ashley, 37, who was given another chance to impress at next week's final – though the decision divided viewers, with many slamming the American for having an unfair advantage given her trained dancer roots.