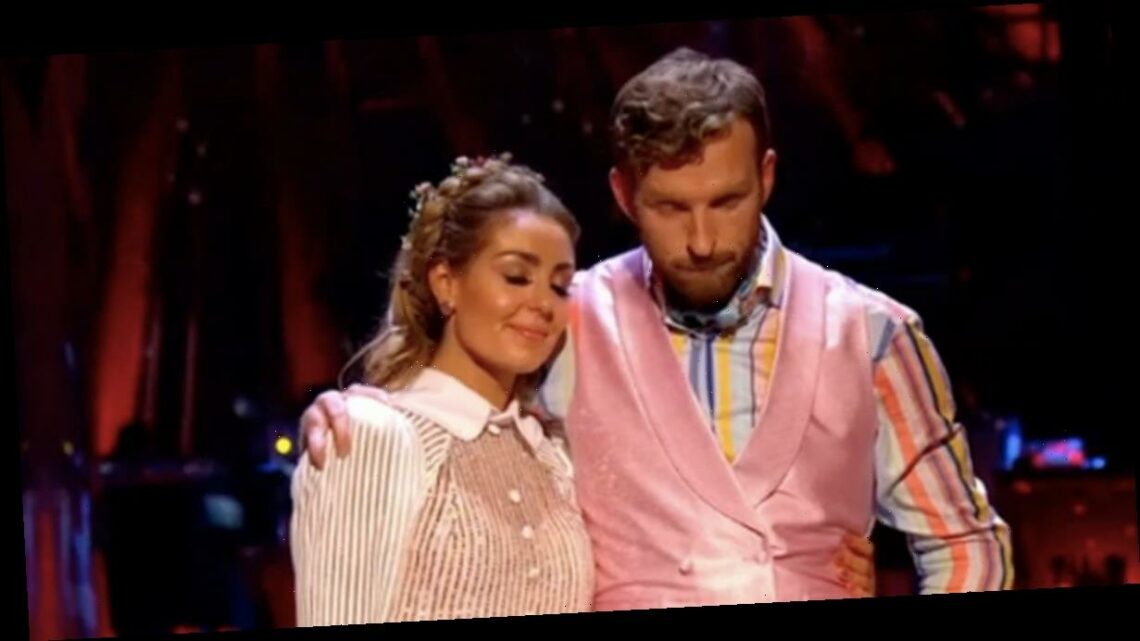 Strictly Come Dancing star JJ Chalmers was eliminated from the competition on Sunday, after a nail-biting dance-off.

The 33-year-old found himself in the bottom two alongside Made In Chelsea star Jamie Laing and his partner Karen Hauer, going head to head in a Musical Week dance-off.

The final decision came down to judge Shirley Ballas, who was paused for a moment before revealing her decision – she was going to save Jamie.

Presenter Tess Daly then declared: "That means we’re going to have to say goodbye to JJ and Amy."

JJ's professional dance partner, Amy, was moved to tears after the elimination, and thanked the Invictus Games medallist for the experience they had shared together on the dance floor.

The pair then looked back at clips from their time on the show, growing emotional as they reflected on their journey together over the past six weeks.

JJ said: "It meant everything, absolutely everything. It's been an unbelievable challenge, well outside my comfort zone, but I’ve had this one to just keep me in it.

Gesturing to Amy, he added: "She lives fearing she’s going to let people down, but the way you have built me up, you could never let me down."

Wiping away her tears, Amy replied: "Aw JJ. It has been an absolute honour to be your partner, and most importantly, friend throughout this experience."

He said: "I honestly can’t find the words. You are more than a friend, you are my hero. I have learned more than how to dance from you. Witnessing your talent, mindset and compassion up close has been a privilege. I will never be able to thank you."

Watching from home, viewers were heartbroken to say goodbye to the talented duo, as they praised their performance over the past six weeks.

One said: "JJ seems like a lovely guy and Amy’s speech got me all emosh."

"Aww JJ and Amy are so lovely and they've been brilliant," wrote a second.

Strictly Come Dancing continues on Saturday at 7.25pm on BBC One.